Hosted by
Profs and P. 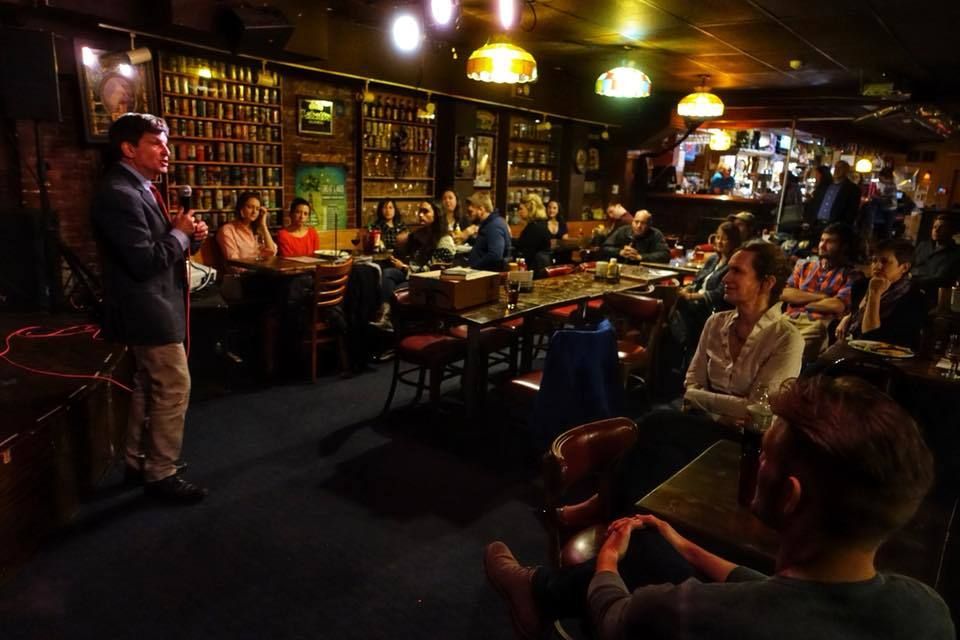 Profs and Pints presents: “Evolution, Belief, Gods and Ghosts” a biology-based look at how humans have long made sense of their worlds, with Rui Diogo, associate professor of anatomy at Howard University's College of Medicine and resource faculty member at George Washington University's Center for the Advanced Study of Hominid Paleobiology.

It’s only natural for humans to ask “Why?” and then come up with answers. Ask young children why rivers exist, and they might tell us so that we can have water to drink. On their own they’ll draw the sun with a smiling face—depicting it not as an inanimate object, but as a purposeful being with a day job.

Other animals share some of our moral traits, such as altruism. But, based on information from diverse scientific fields, Rui Diogo, an evolutionary biologist, has concluded that our tendency to seek purpose in life probably emerged sometime back in our evolution after we split from chimpanzees. Our awareness of the inevitability and randomness of both life and death led us to construct stories that gave meaning to the results of chaos. Later subsets of such narratives include our beliefs in gods, which spawned institutional religion, as well as beliefs in ghosts and conspiracy theories.

Importantly, while our tendency to wonder about life’s “cosmic purpose” is often considered one of humanity’s most noble features, Professor Diogo argues that this trait is profoundly linked with some of the darker developments in human history, including witch-hunting, misogyny, animal abuse, colonialism, racism, eugenics, terrorism, and the majority of wars. In order to prevent their repetition, we must move on to an understanding of life that is more rational and empirical. We must reframe our questions, following the motto “don't ask why, ask how.” Our quest for understanding of earthquakes, rainbows, birth defects, and aspects of our bodies—anything not directly related to purposeful choices made by living organisms—should be framed as a “how” question: How did this thing occur or evolve? Once we grasp that there is no ultimate purpose or master plan for the existence of inanimate objects or biological organisms, “why” questions lose importance.

The talk will integrate research and fascinating case studies from diverse scientific fields to address deep and broad questions. It will be of interest to people interested in biology, anthropology, history, philosophy, comparative religions, psychology, sociology, or other fields, as well as to all those curious about their daily inner lives. (Advance tickets: $12. Doors: $15. Save $2 with student ID. Listed time is for doors. Talk starts 30 minutes later. Please arrive in plenty of time to place any order and be seated and settled before the talk begins.)