Organized by Profs and P.
Share:
Request to join


Profs and Pints ( https://www.profsandpints.com ) brings professors and other college instructors into bars, cafes, and other venues to give fascinating talks or to conduct instructive workshops. They cover a wide range of subjects, including history, politics, popular culture, horticulture, literature, creative writing, and personal finance. Anyone interested in learning and in meeting people with similar interests should join. Lectures are structured to allow at least a half hour for questions and an additional hour for audience members to meet each other. Admission to Profs and Pints events requires the purchase of tickets, either in advance (through the Brown Paper Tickets link provided in event descriptions) or at the door to the venue. Many events sell out in advance, and tickets for Cambria Hotel talks can be purchased only online and in advance. Your indication on Meetup of your intent to attend an event constitutes neither a reservation nor payment for that event.

Although Profs and Pints has a social mission--expanding access to higher learning while offering college instructors a new income source--it is NOT a 501c3. It was established as a for-profit company in hopes that, by developing a profitable business model, it would be able to spread to other communities much more quickly than a nonprofit dependent on philanthropic support. That said, it is welcoming contributions (separate from any ticket purchases) to help cover its advertising costs as it seeks to build up audiences large enough to sustain itself in various cities. All money contributed to this group will be spent on advertising and promotion to reach larger audiences.

Thank you for your interest in Profs and Pints.

Profs and Pints Online presents: “The History of Tibetan Buddhism,” with Justin Jacobs, associate professor of history at American University and scholar of ancient China and the Silk Road. [ Tickets: $12. Available at https://www.crowdcast.io/e/tibet . This talk will remain available in recorded form at the link given here for tickets and access.] Come take a scholarly journey to Tibet, the “rooftop of the world,” to gain a deep understanding of the history and current status of Tibetan Buddhism. Your guide will be Justin Jacobs, who previously has given fantastic Profs and Pints talks on Chinese philosophy, the Silk Road, and the history of archeology. Professor Jacobs will teach you about the origins of Tibetan Buddhism and the invention and evolution of the Dalai Lama reincarnation process. You’ll also learn about the lineage of the Dalai Lamas, about their contentious and oft-misunderstood relationship with the rulers of China over the centuries, and about how China has long attempted to manipulate how the Dalai Lama is named. Our chief stop on this virtual tour will be Lhasa’s Potala Palace, a towering red and white structure that serves as a symbol of both the unique brand of Buddhism found in Tibet and of the Tibetan nation itself. Since its construction in the seventeenth century, the Potala Palace has been home to ten Dalai Lamas and witnessed several traumatic encounters with the outside world. We’ll explore the inner sanctum of this religious fortress, and examine the art and artifacts that have animated Tibetan Buddhism’s past and continue to mold its future. You’ll come away from this talk fully conversant in the arcane politics and rituals destined to accompany the selection of the next Dalai Lama sometime in the near future.

Profs and Pints Online presents: “Colonial Philly's Organized Chaos,” a look at the city's progression from mob-ruled to model for a new nation, with Jessica Chopin Roney, associate professor of history at Temple University and author of Governed by a Spirit of Opposition: The Origins of American Political Practice in Colonial Philadelphia. [ Tickets: $12. Available at https://www.crowdcast.io/e/colonialphilly . This talk will remain available in recorded form at the link given here for tickets and access. ] When, in the spring of 1775, a Philadelphia militia mobilized almost overnight in response to news of fighting in Lexington, John Adams wrote: “So sudden a formation of an Army never took Place anywhere.” Adams was wrong, though. “So sudden a formation of an Army” had in fact taken place multiple times, right in Philadelphia during its pre-revolutionary days. Well before the American Revolution dawned, Philadelphia had a long history of independently organizing, mainly in response to British misrule and absentee governance. It got done what needed to get done, becoming the birthplace of America's first fire companies, first public library, first hospital, first non-sectarian college, and first scientific organizations. It was home to the America's only extralegal militias, giving rise to three of them. With innovators like Benjamin Franklin and John Bartram pioneering hitherto unknown ways of societal formation, Philadelphia rewrote the playbook of democratic governance in the New World. Understanding how Philly became a self-made city is essential to understanding the American Experiment itself. It's a great story for tourists to learn as they explore historic sites around the city, and it's a story likely to evoke among city residents as much pride as cheesesteaks, Rocky, and the Eagles' “Philly Special.” Professor Jessica Chopin Roney is the perfect person to tell it.

Profs and Pints Online presents: “Retracing Ancient Caribbean Voyages,” a look at how the first peoples of that region found and settled its islands, with Scott M. Fitzpatrick, professor of anthropology at the University of Oregon, associate director of research at the university’s Museum of Natural and Cultural History, and leader of numerous archeological digs on islands in the Caribbean and the Pacific. [ Tickets: $12. Available at https://www.crowdcast.io/e/caribbean . This talk will remain available in recorded form at the link given here for tickets and access.] It’s one thing to retrace the paths of ancient peoples who migrated to new regions on foot. Determining when and how islands were settled, however, is an entirely different kettle of fish. It requires not only piecing together archeological cues about ancient people’s seafaring ability, settlements, and habits, but also taking into account winds, currents, and a host of other environmental factors. The islands of the Caribbean pose a host of mysteries. Which did America’s indigenous peoples discover first? How and why were they settled? Why were some settled early while others were settled late or never at all? Were they settled purposefully, with people deliberately setting out to find new homes, or accidentally, as a result of people stumbling upon them? What routes did people use? Join Scott Fitzpatrick, a leading expert on island archeology, for an online talk on what clues exist and how they are being deciphered by archeologists and scholars in other scientific fields. He’ll start by giving a broad overview of research on the world’s island settlements. He’ll discuss how for thousands of years humans have been developing various kinds of watercraft to travel across seas and oceans, and their contacts with both pristine island ecologies and indigenous peoples dramatically changed the scope of human history in myriad ways that we are only beginning to understand. Current archaeological research in the Caribbean and Pacific show that some islands were colonized relatively early while others were settled relatively recently, or not at all. In some cases, there is evidence for people reaching islands but where they later disappeared, such as the so-called “Mystery Islands” of the Pacific. For many island societies worldwide, the acquisition and exchange of prized resources was fundamental to developing and maintaining social, political, and economic relationships that ensured survival. Comparing the results of his archeological undertakings in the Caribbean and the Pacific, Professor Fitzpatrick will discuss what archeology tells us about seafaring strategies and the factors that led to successful voyages. He’ll describe how oceanographic and wind conditions determined access to resources, and he’ll show how computer simulations of seafaring are shedding light on the question of which islands were first reached. And he’ll discuss how what we’re learning about the paths of these past voyages can inform plans for future ones, into space. The pandemic might have thwarted a lot of plans to visit the Caribbean’s islands, but this talk will let you be there in spirit. You're encouraged to pair your viewing with Caribbean food and drink that will let you make an island-themed night of it.

Profs and Pints Online presents: “Trapped in the Earth,” a look at a failed 1925 cave rescue that transfixed and inspired America, with Alyssa Warrick, public historian and former guide at Mammoth Cave National Park in Kentucky. [Tickets: $12. Available in recorded form at https://www.crowdcast.io/e/floydcollins . This talk will remain available in recorded form at the link given here for tickets and access.] Oh, come all you young people, And listen while I tell, The fate of Floyd Collins, The lad we all knew well... -Andrew Jenkins, “The Death of Floyd Collins” On January 30th, 1925, veteran cave explorer Floyd Collins of Kentucky entered the earth for the last time. He’d never come back out of it alive, and in his last days and death he achieved fame beyond any he’d conceived of as man who sought to turn caves into tourist attractions. Come learn the fascinating tale of his life and demise from Alyssa Warrick, who has extensively researched this bizarre chapter in American history as a public historian, a history instructor at Montgomery College, and both a former instructor at Mississippi State University and a former cave guide. She’ll describe how from the 1890s to the 1920s, rural landowners in south-central Kentucky sought to make money by guiding visitors to their region through the caves beneath their feet. They descended into a ruthless competition for tourist dollars known as the "Cave Wars," which at times involved breaking into caves owned by their rivals to destroy precious stalactites and stalagmites. Among their chief prizes was Mammoth Cave, which, despite being a natural wonder, was not seen as large enough to be worthy of the national park status conferred upon Western sites such the Grand Canyon, Yellowstone, and Yosemite. It was managed at the time by the husband of a Washington socialite. Collins and his family already operated one cave for tourists, but it was in a remote area well off the beaten path, and he longed to find another one more accessible to tourists. His entrapment in that quest led to a weeks-long effort to free him that became the human-interest story of the year. He died while people were trying to rescue him, and his body was eventually hauled out and put on display by the dentist who purchased the cave Collins had owned. The death of Floyd Collins convinced many that the area's poor locals did not know how to manage the caves, inspiring Congress to establish Mammoth Cave National Park and leading to nationwide changes in environmental conservation. It transformed the methods of cave exploration in ways designed to prevent such mishaps and became a cautionary tale for how not to conduct cave rescues. Eventually, his death inspired songs, movies, and even an off-Broadway musical. You’ll be captivated by this online discussion of his life, death, and legacy. 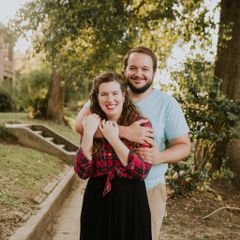 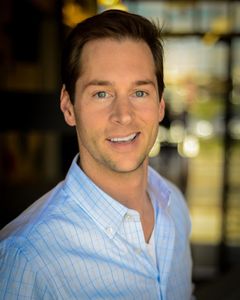 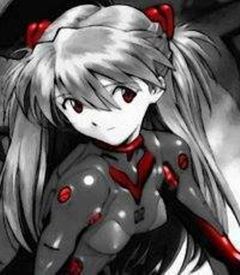 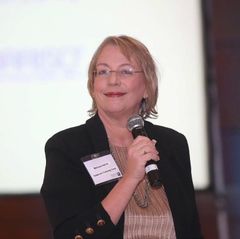 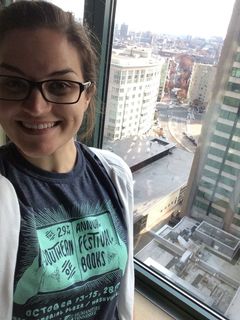 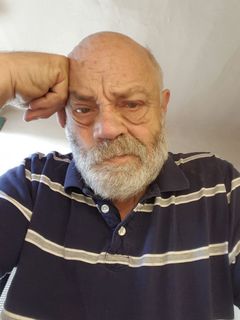 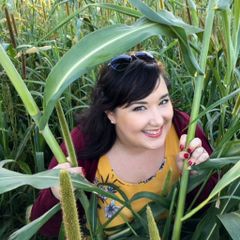 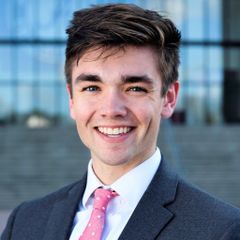 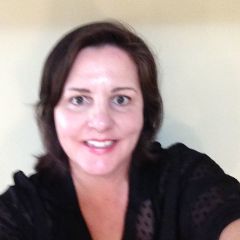 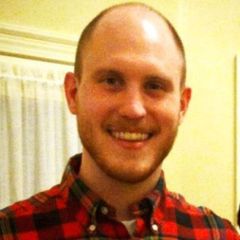 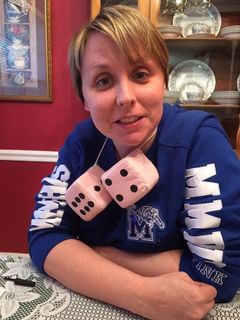 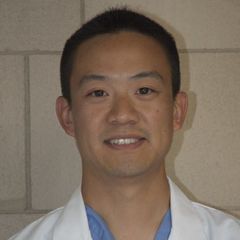 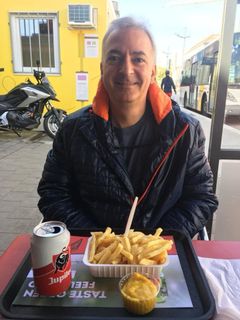