Calling all independent filmmakers and film lovers! Raindance's Boozin' & Schmoozin' is a monthly meetup for those who make films and love films - whether it's your career or your hobby; whether you're thinking about making your first or you've made 20; whether you're a director, writer, producer, actor, cinematographer, production designer, composer, film blogger, gaffer, best boy, first AD, runner, editor, Netflix addict, camera person or student - you're welcome at Raindance! Come along to find your next collaborators, volunteer your services for some set time, get tips and advice, or just to chat film with other passionate film buffs.

Are you wondering what your next career steps are as a filmmaker? While we are on lockdown, this is a good time to sit down, reflect, and plan ahead -and Raindance is here to help. Join the Career Surgery for Emerging Filmmakers with Raindance founder Elliot Grove to discuss your setbacks, milestones, as well as your aspirations, and we’ll do our best to help you plan. What you will learn How to go beyond craft and navigate a career in the filmmaking industry, How to think strategically for your projects, yourself and your brand, How to turn your broad aspirations into precise plans. Who should attend Any filmmaker with some experience and big aspirations is welcome to join the Career Surgery. If you’re currently on lockdown, take this opportunity to reflect on your next steps and join us for a brainstorming session. About the experts Elliot Grove is the founder of Raindance (1992) and the British Independent Film Awards (1998). He has produced over 700 hundred short films and five feature films: the multi-award-winning The Living and the Dead (2006), Deadly Virtues (2013), AMBER (2017), Love is Thicker Than Water (2018) and the SWSX Grand Jury Prize winner Alice (2019). He teaches screenwriting and producing in the UK, Europe, Asia and America. He was awarded an honorary PhD in 2009 by Open University for services to education. Rick Harvey is Programme Director of the Raindance Postgraduate Degree. He is a Cambridge-based screenwriter, story design consultant, lecturer and mentor. He has storylined for ‘Family Affairs’, developed projects for Hewland International and Frenzy Films, written a slate of short films and spec features, mentored on First Light, Media Box and BFI projects and written and developed feature screenplays for EON Productions. He lectures regularly on various aspects of the writing process. Rick is currently adapting one of his screenplays, Shadowplay, into a six-part serial for TV, and writing and developing a web-based Thriller, Heretic[s]. Baptiste Charles is a programmer for the Raindance Film Festival, and programme registrar of Raindance’s MA in Filmmaking. He is a writer for stage and screen, including the forthcoming U Up?, currently in pre-production. He is the producer of the award-winning short film Alder and the hit web-series NETFL!X AND KILL. For further information please email [masked]

Description About 99 Minute Film School Of course, we can’t teach you everything there is to know about filmmaking in 99 minutes, but you’d be surprised how much you can learn about making films and the film industry in just a single evening. The 99 minute film school will run through the core essentials you will need to make a film and create a plan to launch your career, with dozens of tangible tips on everything from sourcing your film crew, marketing your film and finding work on film sets. What will it cover? By the end of the class, you have an introductory understanding of: Finding a viable script Sourcing cast and crew Shooting tips Getting your film seen Social media basics for filmmakers The career ladder Distribution and exhibition Money and how to get paid Who is it for? 99 Minute Film School is suitable for people new to filmmaking, as well as those with some knowledge and experience looking to gain a better understanding of working in the film industry. About the tutor Elliot Grove is the founder of Raindance Film Festival and the British Independent Film Awards. He has produced over hundreds of short films and also five feature films, including the multi-award-winning The Living and the Dead in 2006. He teaches screenwriting and producing in the UK, Europe, Asia and America. Elliot has written three books which have become industry standards: Raindance Writers’ Lab: Write + Sell the Hot Screenplay, now in its second edition (Focal Press 2008), Raindance Producers’ Lab: Lo-To-No Budget Filmmaking (Focal Press 2013) and 130 Projects to Get You Into Filmmaking (Barrons 2009). In 2009 he was awarded a PhD for services to film education. Elliot also teaches the Screenwriters’ Foundation Certificate, Lo-To-No Budget Filmmaking and Write and Sell the HOT Script classes at Raindance. What they’re saying @RobSladden Loved the #99minutefilmschool today @Raindance really insightful and inspiring! #filmmaker #raindance #film #director - Robert Sladden @altonletto Interesting insights @Raindance last night. A great crash course in how the film industry works! #99minutefilmschool - Alton Letto @sweet_est_pea @elliot_grove Elliot thank you for an an exciting and enlightening 99 minute film school just now. It was really excellent - kayvan

Have you got a great idea for a movie? This is it! The Live!Ammunition! pitching competition returns to Raindance. This is your chance to pitch your movie idea directly to a panel of film industry executives and the toughest critics of all, a Live Audience. The people on our Panel are the people who matter. They decide what gets made. Pitching skills are the one skill often overlooked by writers, directors and producers. Learn how it’s done by watching the rest and hone your pitching skills by getting instant feedback. Who knows, your pitch could be taken up by one of our panel. Past Pitches that have gone into production include Meet The Parents (1994), 51st State (1995), Siamese Cop (1996) and White Bhaji (2001). The panel can, and will, gong you off if they get bored. But they have to give two good reasons why. The Prizes! The winner will get a £100 Raindance Voucher to use on any of our courses or membership. How to Pitch Sign up to get the Zoom link. Twenty places guaranteed to pitch will be allocated on a first come, first served basis. Once the first 20 places have been filled we will keep a waiting list. Please note, the demand to pitch is high and admission does not guarantee you a slot to pitch. We will accommodate as many pitches as possible but he best way to ensure your place is to arrive early and choose an early slot. Not ready to pitch? Then just come, watch, learn and network. Discover Be Discovered The Panel for 29th June 2020 was... Deborah Sheppard Deborah was the Marketing Director for 10 years at United International Pictures (international distribution network set up by Universal, Paramount and MGM) which included such diverse films as Tomorrow Never Dies, The Thomas Crown Affair, Inside Man, Shrek, Bridget Jones’ Diary, Love Actually, The Ring, Wallace and Gromit: The Curse of the Were-rabbit, Jarhead, United 93, The Bourne Identity, Nanny McPhee,The Rugrats Movie and many more. Dean Cross As the Film Content Manager for Vue entertainment with 20 years experience in the business, Dean has an appreciation for films across the whole spectrum, from the smallest art house and independent films to the biggest of Hollywood’s blockbusters, he can usually spot a hit. Natali J. Simmonds N J Simmonds is the author of fantasy series The Indigo Chronicles – she also writes Manga comics and is one half of Paranormal Romance writer Caedis Knight. Her stories are magical, historical and full of complex women, page-turning twists and plenty of romance. When Natali’s not writing, she’s a lecturer and consultant of Storytelling for Business. Originally from London, she now lives with her family in the Netherlands. You can also find out more at: https://njsimmonds.com/press-kit/ Tony Lee #1 New York Times Bestselling Graphic Novelist Tony has written for a variety of publishers over the last fifteen years including Marvel Comics, DC, Heavy Metal, IDW Publishing, Hachette, Random House, Walker Books, Lion Forge/Oni Press, Dynamite Entertainment, Titan Publishing, Markosia and 2000ad amongst others, writing a variety of creator owned titles and licenses that include X-Men, Spider Man, Star Trek, Battlestar Galactica, Doctor Who, Superboy, Starship Troopers, Wallace & Gromit and Shrek. Outside of comics, Tony works extensively in film, TV and audio, having written for BBC One, ITV Studios, MTV/Viacom and Amazon/Audible, with both film and TV projects in development with The Hollywood Gang, Muse Entertainment, Legendary, NBC/Universal and Unstoppable Film and TV. Additional resources for the pitching competition Pitching essentials for screenwriters and filmmakers https://www.raindance.org/pitching-essentials-for-filmmakers-and-screenwriters/ Did you know? Raindance members attend this event for FREE? Join online here https://www.raindance.org/membership/ and start saving immediately 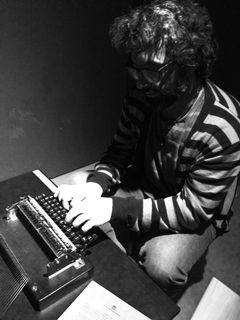 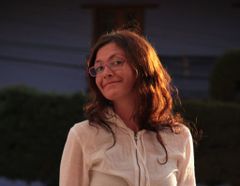 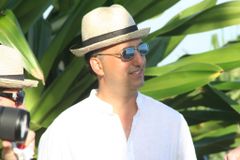 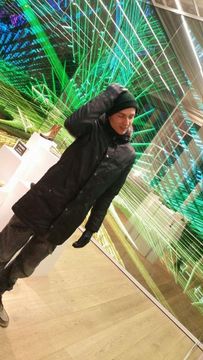 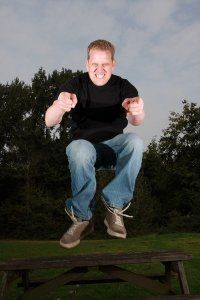 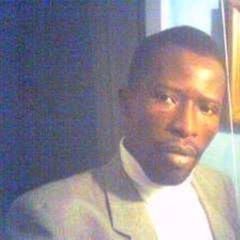 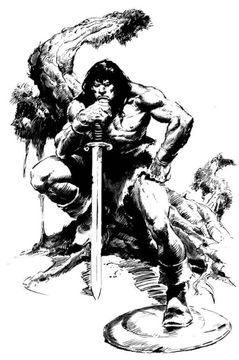 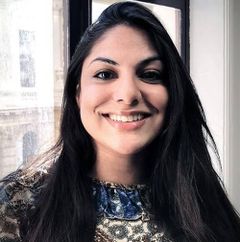 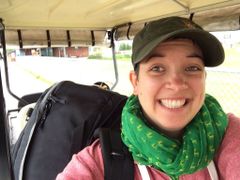 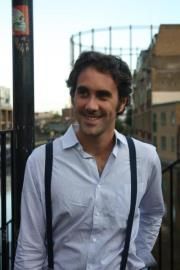 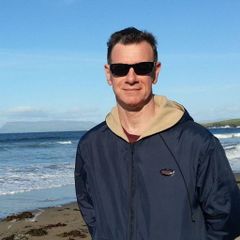