Hosted by Meetup to #Resist: Buffalo 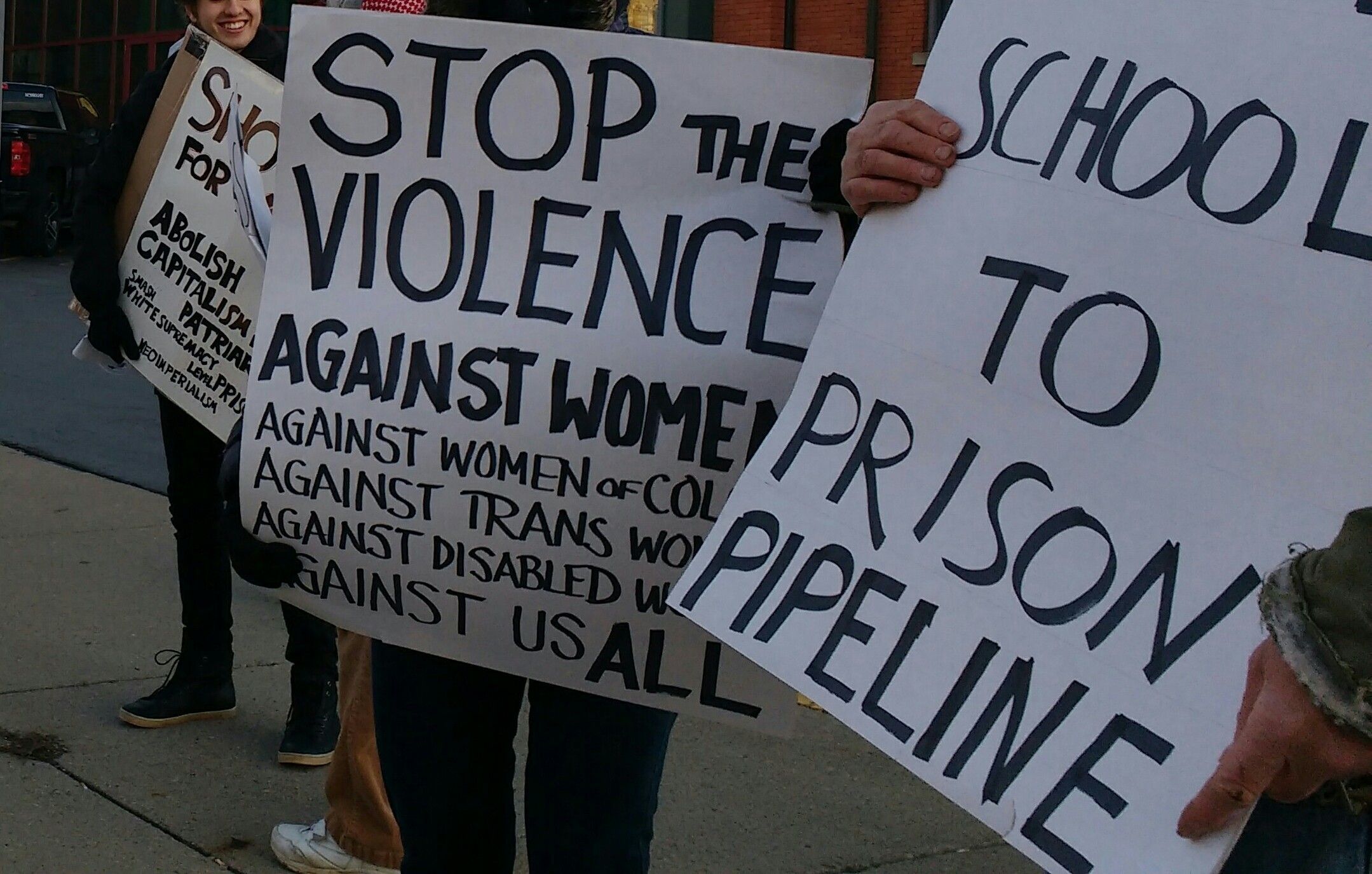 Who are Women in Black? Women in Black is an international peace movement, composed of men and women, with an estimated 10,000 activists around the world, located in many different cities—large and small. Women in Black is a world-wide network of people committed to peace, freedom, and justice for all, and actively opposed to injustice, war, militarism and other forms of violence. As people experience these things in different ways in different regions of the world, we support each other's movements. An important focus is challenging the militarist policies of our own governments. We are not an organization, but an attitude, a philosophy, a means of communicating, and a formula for action.

WiB Vigils Any group of people anywhere in the world, at any time, may organize a Women in Black vigil against any manifestation of violence, militarism or war. Our actions often take the form of women and men wearing black, standing in a public place, in silent, non-violent vigils at regular times and intervals, carrying placards and handing out leaflets.

Other nonviolent actions We use non-violent and non-aggressive forms of action. In addition to vigils, Women in Black groups use many other forms of non-violent direct action, such as sitting down to block a road, entering military bases and other forbidden zones, refusing to comply with orders, and "bearing witness". Wearing black in some cultures signifies mourning, and protest actions dressed in black convert people’s traditional passive mourning for the dead in war into a powerful refusal of the logic of war.

How did Women in Black start? The first group was formed by Israeli women in Jerusalem in 1988, following the outbreak of the First Intifada (1987–1993), which was a Palestinian uprising against the Israeli occupation in the Palestinian Territories. Responding to what they considered serious violations of human rights by Israeli soldiers in the Occupied Territories, Israeli women held a vigil every Friday in central Jerusalem, wearing black clothing in mourning for all victims of the conflict.

Women in Black Buffalo Women in Black Buffalo stand in weekly silent vigils for peace, with a focus on (a) wars perpetrated by the USA, and (b) solidarity with women around the world. We first gathered to oppose the U.S. bombing of Afghanistan in 2001. Since October 13, 2001, we have stood vigil every weekend except one (when a snowstorm shut down the city).

Current and future peace placards include the following messages:
Peace Takes Courage Too Bucks for Books not Bombs

This is My Homeland Security Act

Mother Tears are the Same Everywhere

Will Work for Peace

Arms are for Embracing

Peace Begins with a Smile

Give Peace a Chance

Women in Black Buffalo Silent Vigil for Peace:
Takes place every Saturday from noon to 1 p.m.;

Stands silently, in unison with women and men all over the world;

Makes a public statement in support of peace;

Usually meets for coffee afterwards to discuss the issues.

Join us if you can any Saturday at noon at the corner of Elmwood Avenue and Bidwell Parkway, Buffalo. Wear black if you can. Join a fellowship of people hoping for a better, happier, more harmonious world.

For more information on the international Women in Black movement, please visit the Web site: http://www.womeninblack.org/en