Hosted by
.Phoenix G. and 7 others 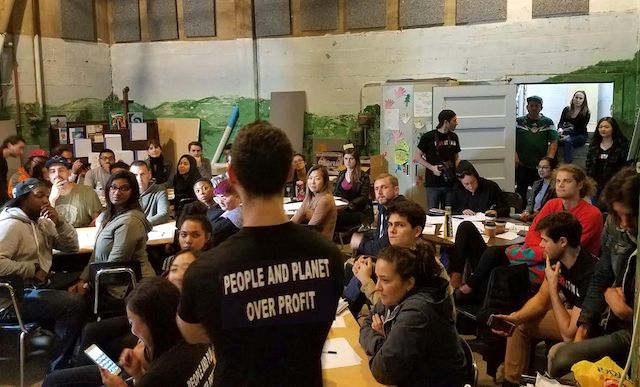 Look out for Trumpzilla and the Revolution LA banners! You can't miss it!

All hands on deck! All-out mobilization on January 20th to protest Trump’s presidential inauguration! Join thousands in Downtown LA and a large contingent of activist groups. We are marching in solidarity to rise above bigotry, racism and corruption, in coordination with March & Rally LA (https://www.facebook.com/events/321835051542779/) and massive protests nationwide.

With authoritarian and nationalist cabinet members soon at the helm of the U.S., the incoming Republican administration will be one of the most hostile in history. We are in a time of urgency that requires large-scale resistance to demand economic justice, environmental protection, and political transparency.

This is a peaceful gathering and signals the start of our People & Planet over Profit Movement. United against Trump's campaign of hate, we are also here to build the movement for progressive power.

Revolution LA will launch our Three-Point Agenda to address direct-action steps that we can tackle right here in Los Angeles to create a just and sustainable future.

Join us as we unite in an unprecedented and historic march to demand a world free of injustice, greed and tyranny.