Hosted by
Brad U. and Hannah R. 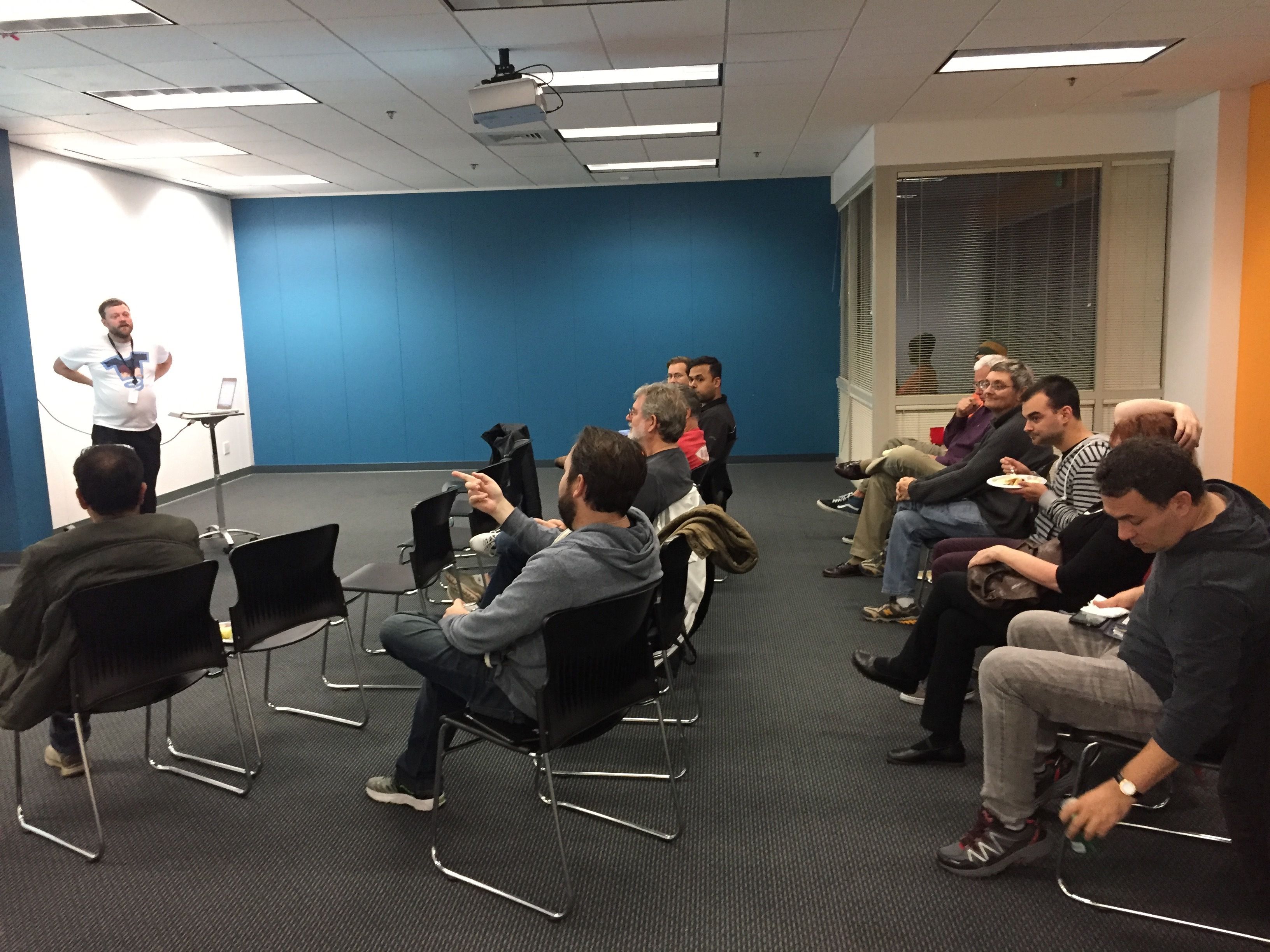 This event will be in Procore's Engineering building located right off of Carpinteria Ave and facing the freeway. Balloons at the front door will mark the entrance.

Santa Barbara on Rails is excited to have Claudio and Brad give their talks on the program for RailsConf 2017. Join us at Procore Technologies on Thursday, May 11th as we wrap up what is set to be another great year at RailsConf. A light dinner and drinks will be provided. We hope to see you there.

Each minor release of Rails brings shiny new features and mild headaches for developers required to upgrade their applications and gems.

In this talk, I will cover the improvements brought by Rails 5.1, explain the Core team’s motivations behind each feature, and illustrate the upgrade process to smoothly transition gems and apps from Rails 5.0 to Rails 5.1.

The Arcane Art of Error Handling by Brad Urani

With complexity comes errors, and unexpected errors lead to unexpected unhappiness. Join us and learn how to add contextual data to errors, design error hierarchies, take charge of control flow, create re-usable error handlers, and integrate with error reporting solutions. We'll talk about recoverable versus irrecoverable errors and discuss how and how not to use exceptions. From internationalization to background jobs, we'll cover the gamut. Regardless of your Rail proficiency, you'll learn why expecting the unexpected makes for happier developers, happier businesses, and happier users.

Brad Urani is a coder, karaoke singer, and barbecue evangelist. He believes happiness is directly correlated with the size of your .vimrc and refuses to buy into YAGNI. When not hiking or hacking, he preaches the wonders of Rails and relational databases as Staff Engineer at Procore in Santa Barbara, CA