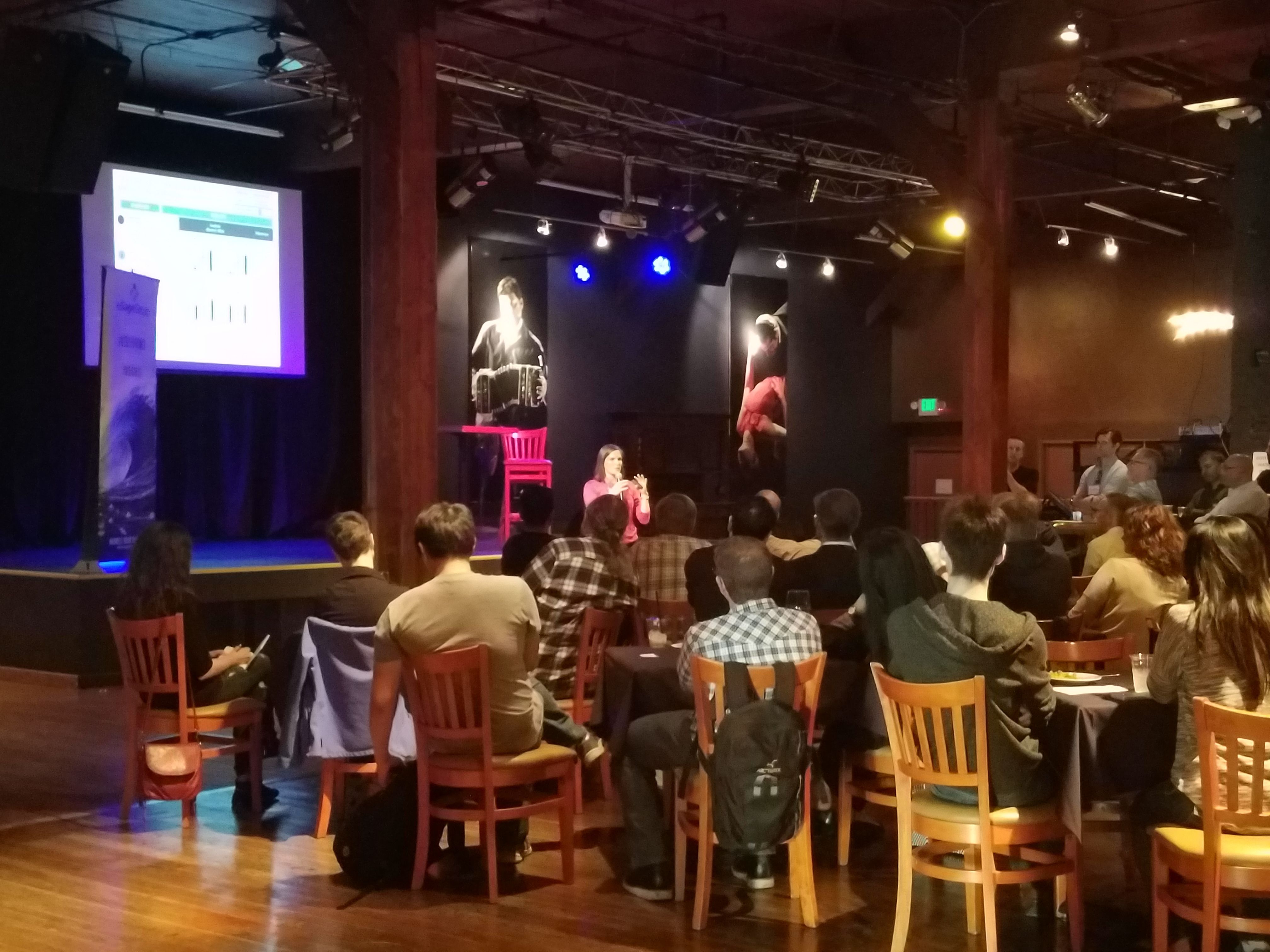 I think this cheeky title is a particularly good one (I might be the only one). When the song, Come Together by The Beatles came to mind, I thought it was a good one to refer to in our meetup title. The words of this song are at times really random and hard to make sense of. We can say the same about marketing data. It is our job to make sense of it all. I look forward to seeing you at our first meetup of 2017.

Chip Reno (http://bit.ly/2hqOiP3) is the Senior Advanced Analytics Manager at T-Mobile. He recently built an analytics platform that links all of T-Mobile’s offline data to web and digital marketing activity. Most of his work is with the Adobe Marketing Cloud utilizing tools such as SiteCatalyst, Target, Audience Manager, and Data Workbench. Chip will present on the political, legal, and data wrangling roadblocks when building such a platform, the importance of ID management, cross device stitching, and the statistical models for segmenting and scoring prospective customers. There will be a live demo of the platform in action with examples of different multi-touch offline and online models.

A big Thank You to eSage Group (http://bit.ly/2f0JdMj) for organizing this meetup month after month and for sponsoring the first drink and delicious empanadas at SUR!

Details: The finale to the Moonwalker feature film, Michael Jackson's "Come Together" short film features the King of Pop performing The Beatles' No. 1 hit in a concert setting.

Michael Jackson's interpretation of The Beatles' "Come Together" was released on HIStory: Past, Present and Future-Book I in 1995.

The song was actually first recorded by Michael in 1988, and a live performance filmed at that time was featured as the closing number to Michael's feature film Moonwalker.

In Moonwalker, after the "Smooth Criminal" short film concludes with Michael defeating Mr. Big (Joe Pesci) and reuniting with his friends, Michael brings them back to Club '30s for special backstage access to one of his concerts, where he thrills the crowd with an upbeat rendition of "Come Together."