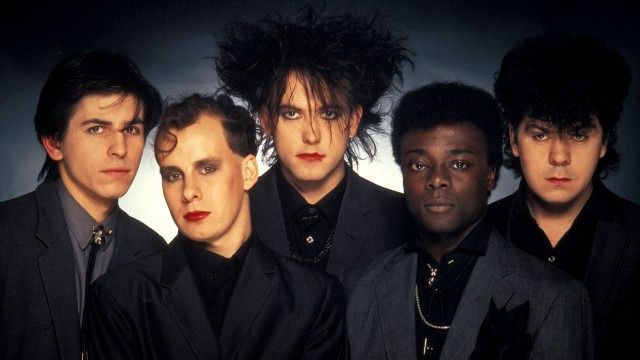 If you have listened to the Part Time Punks radio show on KXLU in the last five years, then of course you already know LEBANON HANOVER are one of PTP's favorite darkwave bands of the 21st century. Mixing menace and allure, interweaving sparse sequencer lines with angular guitar chops and seductive bass leads, these are the sounds of the New German Wave. For fans of "Garlands" era Cocteau Twins and their 4ad labelmates, Xmal Deutschland and Clan Of Xymox. Do NOT miss their long-awaited return to LA after 5 long years!!

SELOFAN is based in Athens/Greece. Joanna and Dimitris who record since 2011 their analog stories at home, their sound can not really be identified as they mix many different music genres and languages in order to express deeply emotional, fatalistic music. They often use poetry in different languages and have a unique live power, being very theatrical in their shows. They played concerts and festivals around the world and belong among the protagonists of Fabrika records.