The Java Language: Looking to the Future While Keeping Its Foundations 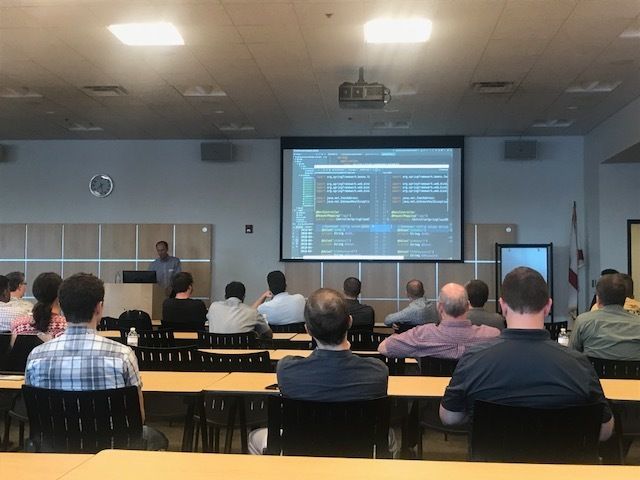 At the gate, tell security you are attending TJUG. Park anywhere. The meeting is in the building on the right (580 building). Someone will be there to let you in and direct you to the room.

Java has been around for 20+ years. In that time, it has been declared dead many times, but Java is still the world's most popular programming platform. We at the Java team want it to be vibrant and relevant for the next 20+ years too. We plan to continue to do this by staying relevant to the problems people want to solve, staying relevant to the hardware people want to run on and keeping the promises we've made to our users. We want to stay consistent to our principles.

Evolving Java is a hard task given the number of constraints that we have. The main one is compatibility, the success of the language is due in a great deal to the fact that code written 20 years ago just works. But as organisms in the real world, Java has to evolve to stay relevant.

Come join Vicente Romero, Principal Member of Technical Staff at Oracle, as he talks about what they are doing to evolve the Java language, in particular, he will talk about projects like Valhalla which will introduce value types and project Amber which will modernize the language while reducing its verbosity.

Vicente has been hacking the javac compiler for almost 7 years. The most stressful and pleasant 7 years of his career. He has been touching, and introducing bugs as a side-effect in, mostly all areas of the compiler since he had the opportunity to convert his passion for compilers and programming languages into a real job. With a weird taste for complex problems he has a love-hate relation with type inference and performance related problems. He has been very lucky to be able to help with projects of all sizes from lambda to constant folding. In other lives he was a University professor, research consultant and most of all a programmer. Apart from 1's and 0's he loves Math, languages, history, chess, some traveling and cooking. Most days he reserves at least 30 mins to swim at the nearest pool.