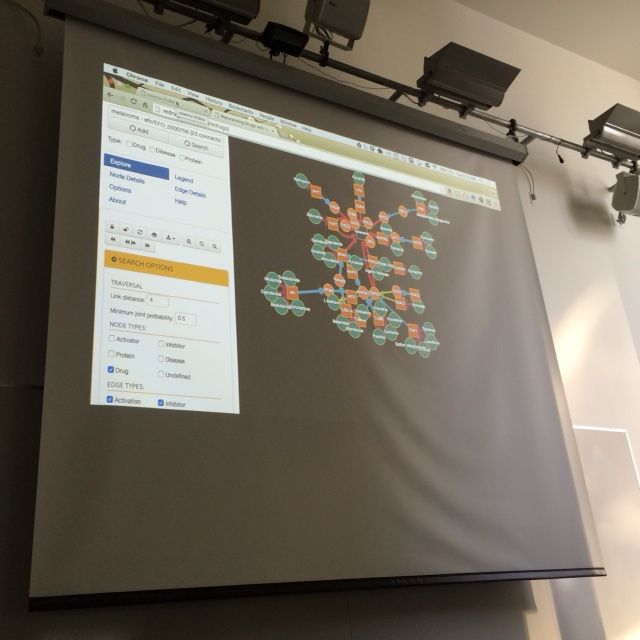 A general discussion of Semantic Web technologies developed at BBN and then focus on a particular topic like the Parliament triple-store or the Scout distributed query technology.

SHARD is built on top of the Hadoop MapReduce implementation to provide distributed, scalable performance. The SHARD source is on sourceforge with a BSD open-source license and configured to run with Hadoop 0.18. Kurt has given talks about SHARD to the most recent SemTech and HadoopWorld workshops. There's a small community of people working with SHARD that he is trying to grow and foster.

Here are the relevant pages with the code and documentation if you're interested:

At the Semantic Web Summit in Boston, Nov 2010, Revelytix, CEO, Co-founder, Michael Lang, gave a presentation titled, "Semantic Software Architecture: Using Semantic Technology to Build the Enterprise Information Web (EIW)." ( http://www.revelytix.com/content/downloads ). This was a related presentation to a keynote presented by Dennis Wisnowski, CTO, Cheif Architect, Deputy Chief Management Office, Dept of Defense. Reveltix has been under contract to Dennis for two years. Dennis explained the strategy for systems development that the DoD had been using previously and used this forum to announce that the Department was adopting the EIW approach, which had been signed into policy the day before by the Office of the Secretary of Defense.