A meetup group to see horror films of all types, both new as well as the occasional classic at cinemas like the Prince Charles and the National Film Theatre. Also FrightFest the London Horror Festival every August. We'll see a film and then go for drinks. Simples!

THE MEET-UP The plan is we will watch this classic 90's horror film together online which is available on BBC IPlayer. We can chat while watching the film on a specially set up Whatsapp group or follow along in the comments below too. WHERE TO WATCH THE FILM The film is available on BBC IPlayer for free. You can also watch on YouTube https://www.youtube.com/watch?v=9oY-K2xrBe8 PREMISE A researcher at Chicago’s Natural History Museum sends two crates from South America containing his findings, and when the crates arrive at the museum there appears to be very little inside. However, police discover gruesome murders on the cargo ship that supposedly brought the crates to the U.S. A murder soon takes place in the museum, and while investigating the murder, Lt. Vincent D’Agosta enlists the help of Dr. Margo Green, a researcher, at the museum. She has taken an interest in the contents of her colleague’s crates. Unknown to both there is a large creature roaming the museum which is gearing itself up for a benefit reception which the city’s mayor is to attend. This is one creature film that doesn’t get talked about at all, but deserves to be. I’ve always liked Peter Hyams as a director whether it’s films like Running Scared, Timecop , Sudden Death, Outland, and End of Days. He always brings his own style to these films which is one of the reasons they work so well, The Relic included. The cast in this is very solid, but the one who steals this film is Tom Sizemore who’s always a joy to watch whenever he appears in a film (especially those days.) The effects by Stan Winston still hold up to this day who was always a master at his craft and this doesn’t disappoint at all. The story flows well and is nicely written, so it definitely keeps your interest. Peter Hyams did a great job directing this one, especially with creating the atmosphere and mood of the setting; the tension never lets up once the creature starts its attacks. Overall, The Relic is a great creature film with a great cast, has a good story, has some great effects, is well directed, and moves at a good pace. Definitely check it out if you haven’t seen it! You won’t regret it! TRAILER https://www.youtube.com/watch?v=mI4adLmGj1c SCHEDULE BREAKDOWN 08.15 - Refill your drink and join the whatsapp group 08.30 - Film

THE MEET-UP The plan is we will watch together online which is available on Netflix from Friday. We can chat while watching the film on a specially set up Whatsapp group or follow along in the comments below too. The whatsapp chat link will be given nearer to the time. WHERE TO WATCH THE FILM The film will be available on Netflix from 25th September 2020. PREMISE Want to scream bloody murder? Then the new Halloween is the trick-or-treat frightfest for you. But, first, a leap of faith is required. You have to forget that there are already nine sequels and remakes of John Carpenter’s 1978 original — thankfully, director David Gordon Green and coscreenwriters Danny McBride and Jeff Fradley pretend those lame copies never existed (no loss there). To them, Halloween 2018 is the first sequel ever to Carpenter’s horror classic. It’s been 40 years since babysitter Laurie Strode (Jamie Lee Curtis) got rocked by PTSD when the masked killer Michael Myers rampaged through the leafy streets of her hometown of Haddonfield, Illinois. And in the years since, the Final Girl has turned herself into Bloody Grandma, a rabid survivalist who’s booby-trapped her house and stayed rifle-ready until the day Michael — the essence of pure evil — breaks out of his loonybin and comes for her. That day is here. And, yup, it’s Halloween. Just watching Curtis dig into the role of this former-babysitter-turned-hardcore-avenger will keep you on the edge of your seat. She’s a marvel of ferocity and feeling. Laurie knows that her Michael obsession has lost her custody of her now-adult daughter Karen (Judy Greer), trained in combat since childhood, and caused a rift with her granddaughter Allyson (Andi Matichak). But she’ll live with it if her family can be safe. Playing the naïve Laurie made Curtis a star at 19; now she brings a sense of loss, regret and separation to the role that deepens the character’s humanity without diminishing her resolve. It’s a savage roar of a performance that stays alert to nuance. And it fits in perfectly with Green’s concept of the film as a feminist parable in which three women come together to call #TimesUp on a male predator. So what’s new? Not much according to the plot, which more or less follows the same trajectory as the original. The first Halloween‘s Dr. Loomis, played by the late Donald Pleasance, has been replaced by the equally obsessive Dr. Sartain (Haluk Bilginer). The shrink wants to know why Michael kills. For a with-it touch, two Brit podcasters (Rhian Rees and Jefferson Hall) have been added to the equation to retell the homicidal maniac’s story for the uninitiated. They are also around to provide fresh meat before Michael goes into slaughter mode on the babysitter beat. All things end, as they must, with the Strode women taking on Michael in the woods. Halloween started as a slasher movie done with an inventive talent for the game by Carpenter. That Green’s sequel works as well as it does — it’s still a slasher movie — is due only in part to the director and his collaborators’ copycat admiration for Carpenter’s blueprint. Mostly it’s the troubled times we live in that allows this energizing, elemental horror film to touch a raw nerve for #MeToo. We watch a woman call a male monster to account for her own lasting trauma. That’s too real to laugh off as Hollywood make-believe. We’re living it. TRAILER https://www.youtube.com/watch?v=ek1ePFp-nBI SCHEDULE BREAKDOWN 08.15 - Refill your drink and join the whatsapp group 08.30 - Film

WELCOME TO AUDITION ONLINE WATCH PARTY What better way to spend your Saturday evening then watching a movie with like-minded people. The plan is we simultaneously watch the art-house horror Audition from the comfort of your sofa. Keep in touch through a group WhatsApp. THE MOVIE This Japanese thriller, with all the classic tension and dramatic composition worthy of any Hitchcock, pushes the limit of what's thrilling and what's barely watchable. In a regular formulaic slasher flick, Audition, starts off with a seemingly harmless, almost romantic plot and only quietly drops a few hints at the nightmare it'll become in the end. There's this moment in the middle when the slightly suspicious but nevertheless light-hearted story turns into a hard edge, sadistic thriller, and, of course, a nail-biting climax. Not for the faint heart, Audition is full of rampant and bizarre sadomasochistic gore and violence. TRAILER https://www.youtube.com/watch?v=fX746b8pDVg WHERE TO WATCH Audition is available via Prime Video for free with a 7-day BFI trial or for £1.99 through the following link: https://www.amazon.co.uk/gp/video/detail/B00ET20LZY/ref=atv_dp_share_cu_r Or via the BFI website, offering a 14-day free trial through the following link: https://player.bfi.org.uk/subscription/film/watch-audition-1999-online WHATSAPP CHAT GROUP A link will be posted on the day of the movie. SCHEDULE BREAKDOWN 22:15 - Get your drinks and snacks ready and join the chat group. 22:30 - Watch film

WELCOME TO TERROR TUESDAY WATCH PARTY The Hideout's own Mistress Nicole hosts a special night of horror and debauchery. The Mistress will bring you a regular offering of darkness and evil, accompanied by her signature filthy banter that haunts our nightmares. THE MOVIE During a boring, routine weekend, young Glen (Stephen Dorff) and his best buddy, Terry (Louis Tripp), decide to explore Glen's backyard. Before long, the boys come across a strange hole in the ground which yields all manner of sinister prizes. Consulting one of his heavy-metal record albums, Glen comes to the correct conclusion that the hole is actually the Gate to Hell. Offering a sacrifice in the form of a dead dog, Glen further opens the portals of Hades, through which pass some of the most hideous demons imaginable. TRAILER https://www.youtube.com/watch?v=HSgWFuyezE0 WHERE TO WATCH https://www.amazon.co.uk/gp/video/detail/B07VLT8RQ5/ref=atv_dp_share_cu_r WHATSAPP CHAT GROUP A link will be posted on the day of the movie. SCHEDULE BREAKDOWN 20:15 - Fill your goblet with your favourite poison and join the chat group. 20.30 - Film 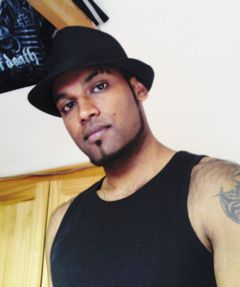 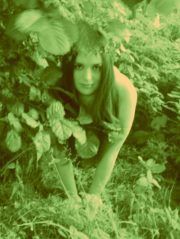 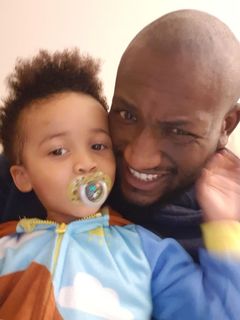 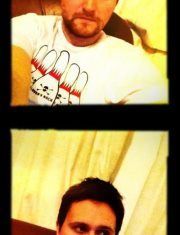 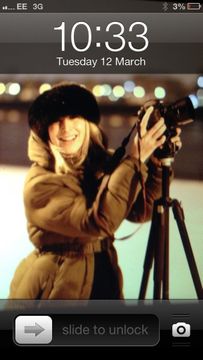 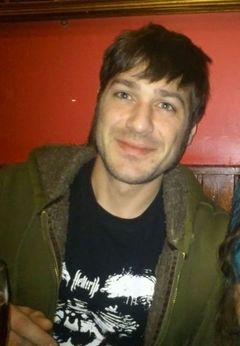 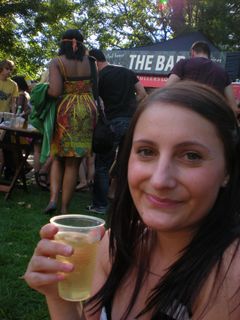 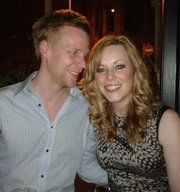 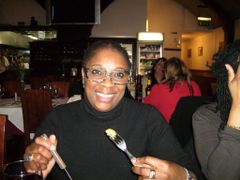 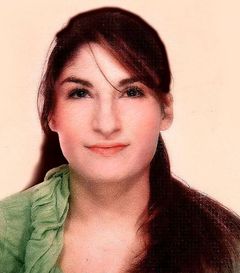 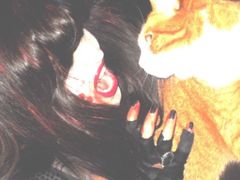 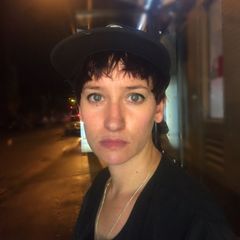