Come and join the group if you live in the Rockville, Bethesda or Germantown region. This is a place where people in their 20's & 30's to enjoy the nightlife on weekdays and weekends. We could go to the Rockville Town Center, Bethesda Bars, Concerts, sporting events, clubs, happy hours, bars, trips to historical sights, museums, hot spots in the DMV, or anywhere that's fun. This is just a group where people can meet other locals and just hang out and simply have a good time. Everybody is welcome. The more the merrier.

If your new to the area, and you want to meet new people and hang and have a good time this is a good group to be a member.

Good Evening Friends. Check our new Sponsor - https://huntingtonhelps.com/center/herndon-va ~ Check/LIKE/Share -- https://www.facebook.com/HuntingtonHerndonVA/ ~ If you have a business/service - and you need promotions/marketing - Connect! Quick note, recently joined Instagram - so please add me if/when you can @manansinghkatohora - https://www.instagram.com/manansinghkatohora/ ALSO hope you and ur friends will join us at the next meetup --- One Hour+ Nonstop Comedy ONLINE Event FEATURING 5 Celebrity Comedians -- Language 100% English --- An ONLINE Event on Saturday, October 3 @ 9 PM EST (6 PM PST) ~ Super Discounted Tix Available for $8 - https://HASLE.eventcombo.com ~ NOW NOW ------- These days EVERYONE is concerned about EDUCATION and what the upcoming SCHOOL year may look like. Being prepared will help your child make progress AND for that there is "Huntington Learning Center in Herndon VA" - https://huntingtonhelps.com/center/herndon-va HUNTINGTON HELPS STUDENTS SCORE HIGHER -- CALL[masked] to Enroll today! Check/LIKE/Share -- https://www.facebook.com/HuntingtonHerndonVA/ FROM TEST-TAKING STRATEGIES TO TIME MANAGEMENT, WE GIVE STUDENTS THE CONFIDENCE TO IMPROVE. From freshman to senior year, it’s never too soon — or too late — to start preparing for the future. Important exams shouldn’t be a game of chance — students can prepare for higher scores and Huntington can help! For over 40 years, we've guided students to success with test-prep programs that feature test-taking strategies, time-management skills, and academic knowledge through individualized instruction from highly trained tutors. SET YOURSELF UP FOR SUCCESS WITH HUNTINGTON'S TEST PREP Huntington helps students score higher on important college entrance and scholarship exams like the ACT, SAT, and PSAT, as well as high school entrance and other exams, such as the ISEE and ASVAB. Higher scores can mean better schools, more scholarship opportunities, and more career choices in the future. ALSO :: HUNTINGTON CAN HELP -- We understand that no two students learn alike. With subjects ranging from reading and writing to math and science, our tutoring programs provide personalized instruction based on each student’s individual needs. Regardless if they are struggling with poor homework habits to difficulties due to ADHD, at Huntington, we’ve helped thousands of students quickly improve their grades and build their confidence. We are dedicated to building academic success that will last a lifetime. SUCCESS IS IN THE RESULTS -- Thousands of students have achieved success in our tutoring programs, improving both grades and confidence. In fact, after only about 3 months of tutoring, our students typically achieve 2+ grade levels of growth. PERSONALIZED ATTENTION, PROVEN RESULTS -- Why does Huntington work? We treat students as individuals and tailor our programs to fit their unique strengths, schedules, and academic goals. We have a proprietary, proven method and each student receives individualized tutoring from certified teachers. Plus, our programs are flexible to meet your scheduling needs and are affordable for every budget, and our centers are conveniently located. The best part? Our results are proven, so you can trust us to help your child succeed. TESTIMONIALS - https://huntingtonhelps.com/resources/testimonials Promotional Partner :: Manan Singh Katohora, JMD CREATIONS We Work with the BEST in the Business. Local, National, International and the Mainstream. ----------------------------------------------------------------------------------------- So get your $8 Super Discounted Tix Now for Online COMEDY Event in English Featuring 5 Comedians on Saturday, October 3 - https://HASLE.eventcombo.com ~ If you have a business/service - and you need promotions/marketing - Connect! Regards - Manan Singh Katohora'

Good Evening Friends. Super super excited about our next COMEDY meetup Zoom event on Saturday October 3 --- and Super super Discounted Tix are Available for $8 - https://HASLE.eventcombo.com ~ (Yes, $8) Quick note, recently joined Instagram - so please add me if/when you can @manansinghkatohora - https://www.instagram.com/manansinghkatohora/ ALSO Special Thanks to Our Sponsor, Please like/share :: https://www.facebook.com/HuntingtonHerndonVA/ ~ https://huntingtonhelps.com/center/herndon-va ~ So WE have planned another exciting ONLINE event for you... (open to people all over North America - so feel free to share the event link info with your friends outside DMV, on West Coast, everywhere etc in North America) SO we all can use some additional LOLS in the times of 'you know what NA' --- We PROUDLY and RESPECTFULLY Present 'One Hour+ Nonstop Comedy ONLINE Event' FEATURING 5 Celebrity Comedians -- 'Fizaa Dosani, Pallavi Gunalan, Sonali Chhibber, Subhah Agarwal, and HOST Badar Tareen' --- An ONLINE Event on Saturday, October 3 @ 9 PM EST (6 PM PST) * Suggested Age 18+ * Language 100% English Super Discounted Tix Available for $8 -- https://sulekha.com/HASLE + https://HungamaCity.com/HASLE ~ :: This show will be presented using the "ZOOM" LIVE video platform. Ticketholders will be sent an e-mail 60 minutes before showtime with instructions (Event Link and Password) on how to log in to watch the show :: Login: 8:50 PM (EST) // Show: 9:00 PM (EST) - HASLE Begins :) Any questions? PLEASE Message here or CALL (202)[masked] ------------------- About the COMEDIANS ------------------- FIZAA DOSANI is an Indian-American stand-up comedian, actor, and writer who was born and raised in Florida before escaping to Los Angeles. Fizaa has toured widely and performs on well-known stages around the world. She has also had roles in acclaimed movies and TV shows such as Dear White People (Netflix), How To Get Away With Murder (ABC), and Snowfall (FX). Fizaa created Facial Recognition Comedy, a rapidly expanding comedy brand which is now a nationally touring stand-up show with bicoastal residencies in LA and NYC, as well as a weekly podcast of the same name, which she co-hosts. -- https://www.fizaadosani.com/ PALLAVI GUNALAN is a biomedical engineer, stand-up comedian, improviser, and actor. She’s performed all over the US and India and was most recently on Laugh Factory's Fresh Faces. Pallavi created and stars in her own comedy/science web series, Dirty Science, which is intent on demystifying technology and killing cultural myths. -- https://www.pallavigunalan.com/ SUBHAH AGARWAL has brought an honesty to her comedy that will leave you saying "I didn't need to know that." Subhah has written for "The Jim Jefferies Show" on Comedy Central, and "Comedy Knockout" on TruTv, amongst others. You can also catch her jokes live at stand up comedy clubs across the country. If you don't want to leave your couch, you can see her late night debut on NBC's "A Little Late With Lilly Singh." She's also appeared on season three of HBO's "Westworld", on TruTv's sketch comedy "Friends of the People", and as herself on MTV2, Comedy Central, and Gotham Comedy Live. -- https://www.subhahcomedy.com/ SONALI CHHIBBER (Soni) was born and brought up in Northern New Jersey to Punjabi parents. She likes to point out she’s not the typical Punjabi, she’s vegetarian, soft spoken, and she can’t dance. She first got interested in comedy after studying and working in animation. Soni has performed at Broadway Comedy Club, Greenwich Village Club, Gotham Comedy Club, and New York Comedy Club. -- https://www.instagram.com/soniccomedy/ ----------------------------------------------------------------- * Suggested Age 18+ * Language 100% English Super Discounted Tix Available for $8 - https://HASLE.eventcombo.com ~ !! Get YOUR TIX NOW !! Regards - Manan Singh KATOHORA' https://www.facebook.com/manansingh.katohora.9 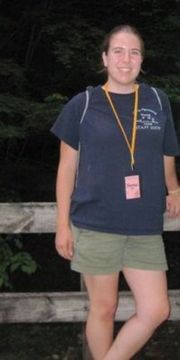 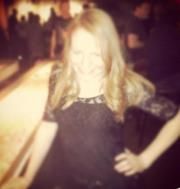 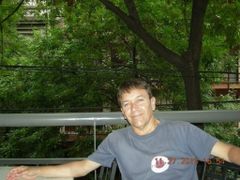 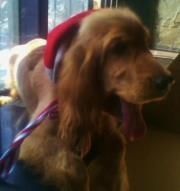 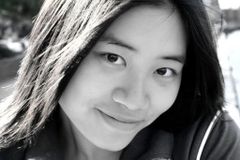 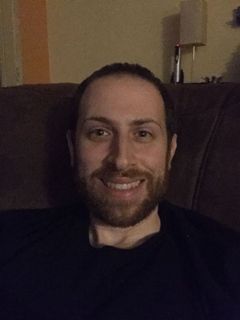 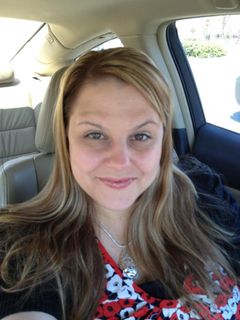 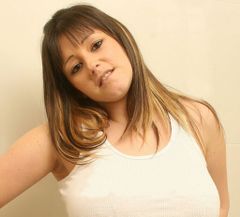 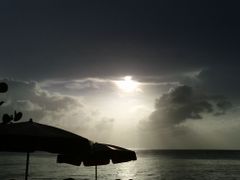 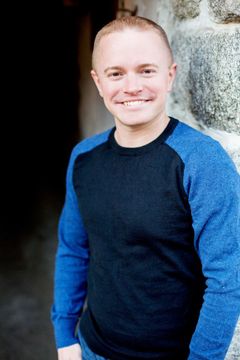 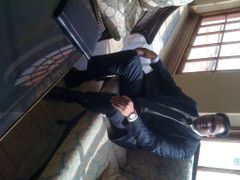 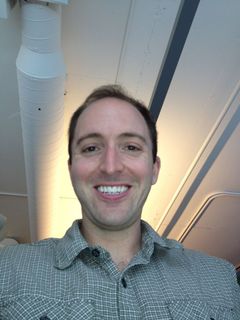 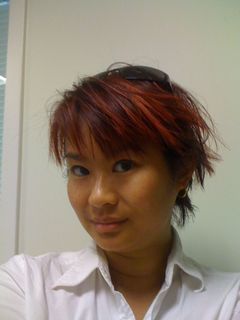