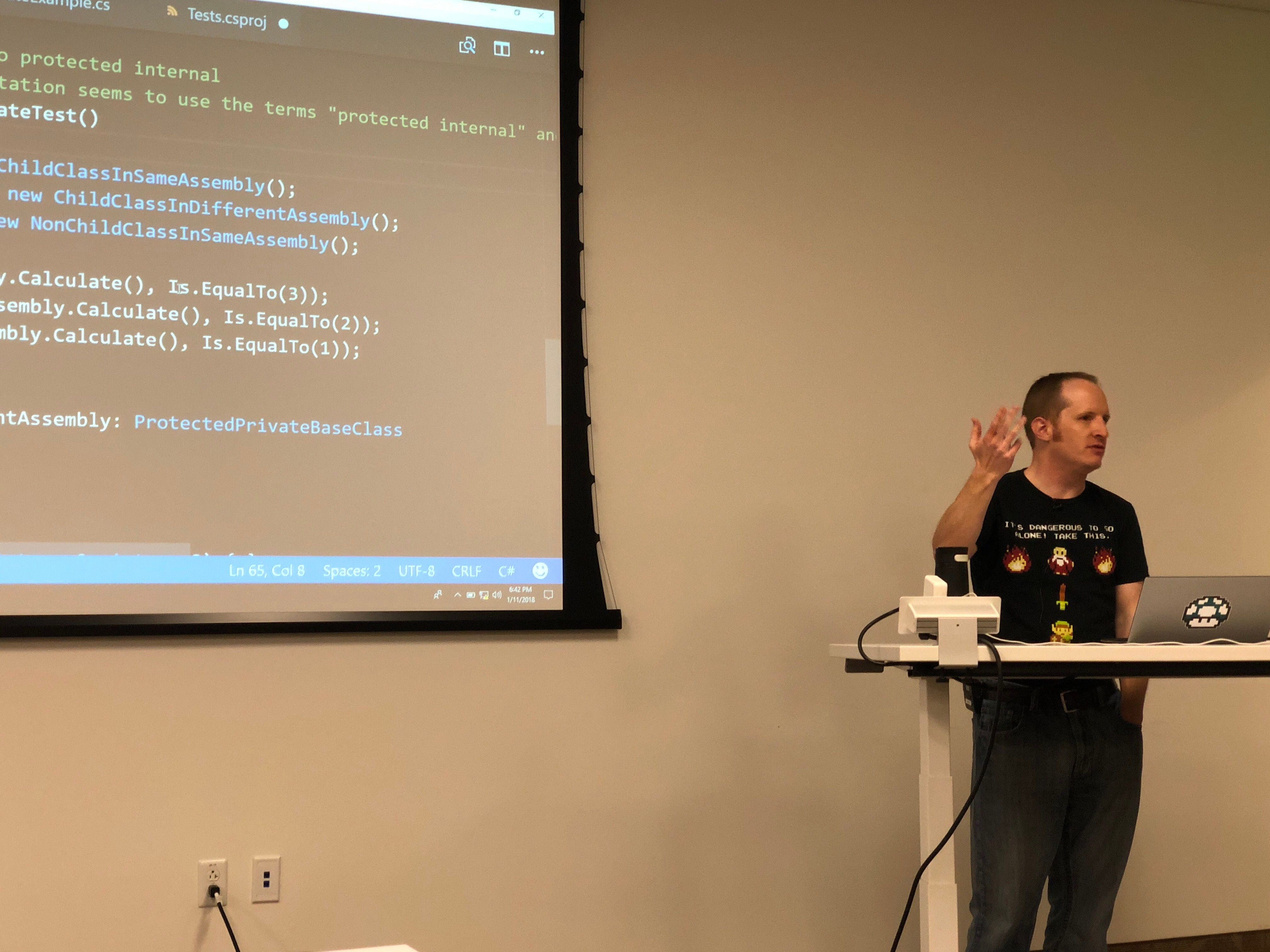 “NoSQL” technologies have been around for a long time but many of us still aren’t well versed in these technologies: document databases, graph databases, column databases, and key-value stores (wait, is that even a database?). In this talk we’ll take a look at the different types of NoSQL databases, what they’re used for, and the fundamental knowledge required to decide among them. We’ll then take a more focused look at the Azure Cosmos DB implementation of NoSQL databases with a heavier focus on its document database capabilities.

About the speaker:
Kaleb Pederson is a professional programmer and software crafter with almost 20 years of professional development experience. He was first introduced to programming when he received a Radio Shack TRS-80 as a birthday present. Although his first attempts to learn programming were with BASIC and Pascal, his first real introduction to software development started in 1995 with a relational database programming project using an Alpha 5 database, which included a BASIC variant called X-Basic.

After a brief stint studying engineering and mathematics, he diverted to Computer Science. Kaleb has a Master of Science degree in Computer Science from Eastern Washington University. Kaleb currently works at HealthEquity as a Software Architect where he focuses on tools and frameworks and continues to refine his skills as a software architect and crafter. He thoroughly enjoys all aspects of software development, from software design to functional programming or low-level performance tuning.