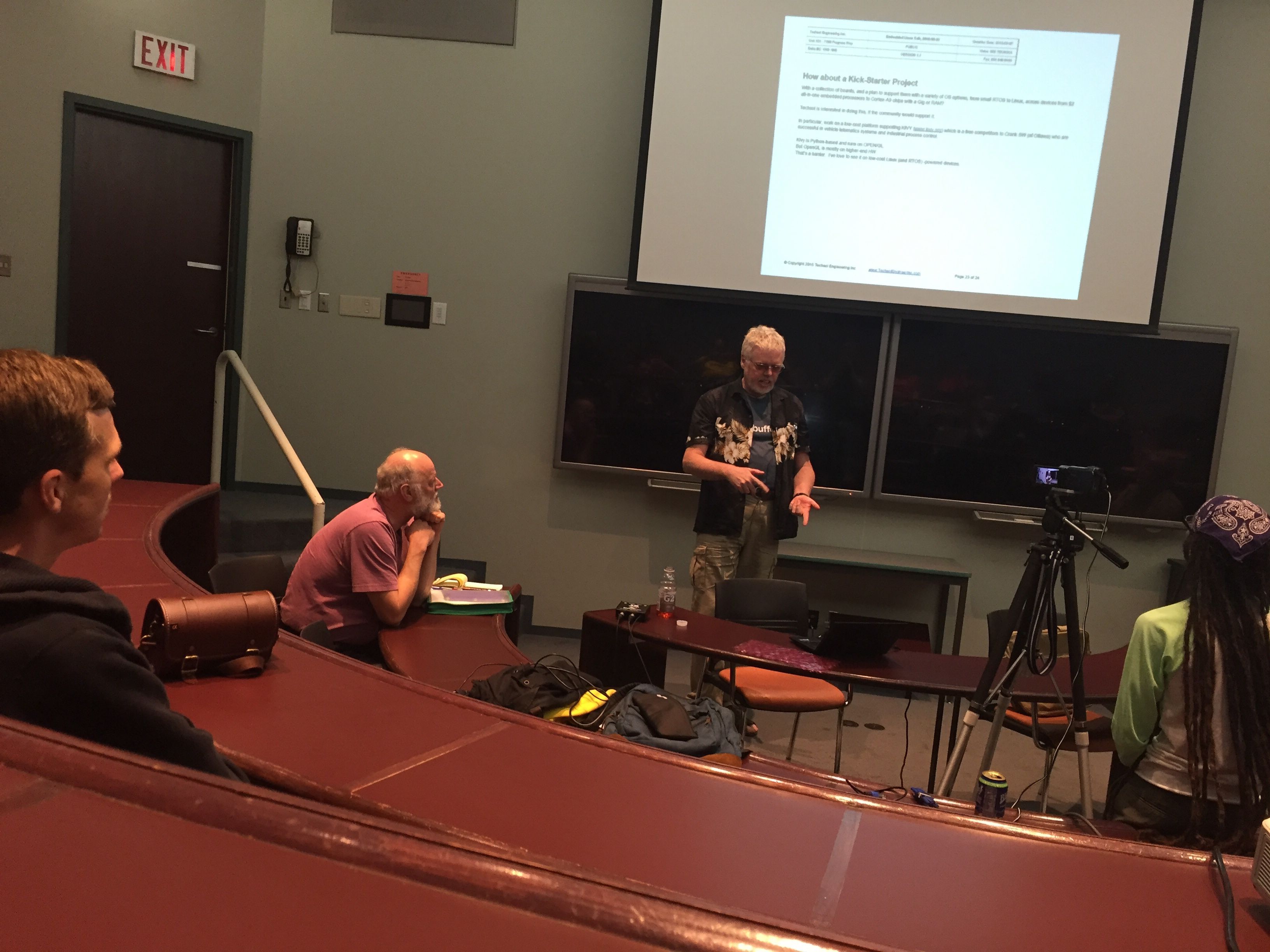 If standing in front of SFU downtown facing North, the building we are in is to your left/West. Go to the ELEVENTH floor, please.

The Signal protocol is now a de facto standard for Instant Messaging. The Signal non-profit organization led by white-hat hacker Moxie Marlinspike developed this protocol and an open source application Signal. WhatsApp was the first commercial company that implemented the Signal protocol into its IM app, which gave a billion of users easy access to end-to-end encryption. The Signal protocol consists of three independent protocols X3DH, Double Ratchet, and Sesame. The first is used to establish the initial session, the second for encrypting a sequence of messages, and the third to organize state across multiple devices. The agenda for this meeting will be to cover briefly all three, with the focus to explain the issues of Repudiation and Forward Secrecy that motivated the development of this protocol.

Organizer note:
This will be a strictly technical presentation and discussion

You can find out more about Boris Reitman by looking here: http://borisreitman.com/