2016 brought with it a national emergency: the election of a would-be fascist U.S. president who openly speaks against and works against democracy and the rule of law.

And unfortunately, his election has sucked the oxygen out of what would have been the national discussion if we had elected a Democrat in 2016: With all the progress we as a nation have made to date, what common sense steps can we now as a society take to insure that the blessings of liberty, better education, justice and equality, opportunities for self-advancement, and economic and physical well-being, be made available for all?

But sadly, the urgent concerns that we SHOULD be addressing have now been PUT ON HOLD as we must confront a clownish, amoral child-man with an affinity for foreign dictators and their authoritarian ways, as well as -- hideously -- an affinity for home-grown white nationalists.

That is, while he's not making fun of the disabled by mimicking their movements.

That is, while he is not corroding the fabric of society, degrading our national discourse, and corrupting a generation of children, by normalizing his monstrous behavior.

We all know this: History -- momentous history -- is being written at this moment. Despite the depths to which this country has descended, we are optimistic about the outcome. And we believe a much better future is coming quickly.

But it is an "all hands on deck" moment. And we invite you to join us on deck.

Joe Biden will work to restore dignity, justice, hope, and opportunity to our now-struggling nation. And beyond that, Joe will work to advance these ideals throughout the world.

Joe will stop the insanity of climate-change-denial-as-government-policy, have our nation rejoin the Paris Climate Accord, and be a global leader to protect our planet's ecology. (Astonishingly, the Republican Party of the United States is the only major political party -- worldwide -- that continues to deny climate change.)

Joe will restore empathy to government. He will work to end systemic racism in the administration of justice and in all facets of life. And rather than corrupt our national justice system to use it punish his enemies and help his criminal friends, Joe Biden will insure that the U.S. Justice Department impartially follows the rule of law.

And what we desperately need right now -- we will have wise national leadership informed by the best science to dramatically expand testing, battle COVID, and bend the curve dramatically downward. Our best scientific experts will determine COVID policy, rather than the bumbling musings of an ignorant, inept, and profoundly selfish child-man.

The first Black and Indian American woman to represent California in the United States Senate, Kamala Harris grew up believing in the promise of America and fighting to make sure that promise is fulfilled for all Americans. Kamala’s father immigrated to the U.S. from Jamaica to study economics and her mother immigrated from India. Kamala’s mother told her growing up “Don’t sit around and complain about things, do something,” which is what drives Kamala every single day.

In 2010, Kamala became the first Black woman to be elected California Attorney General, overseeing the country’s second largest Justice Department, only behind the U.S. Department of Justice. In this capacity, she managed a $735 million budget and oversaw more than 4,800 attorneys and other employees. As California Attorney General, Kamala fought for families and won a $20 billion settlement for California homeowners against big banks that were unfairly foreclosing on homes.

Since being elected to the U.S. Senate in 2016, Kamala has introduced and co-sponsored legislation to help the middle class, increase the minimum wage to $15, reform cash bail, and defend the legal rights of refugees and immigrants.

Why A Group Specifically For Vegetarians and Vegans?

At This Turning Point In History

Come join us at this historic moment, and help us return sanity, decency, normalcy, morality, a respect for democratic norms and democracy itself, as well as compassion, and justice, to our country, and to the world.

Endorsed by Bernie Sanders, Elizabeth Warren, Barack Obama, Amy Klobuchar, Pete Buttigieg, Cory Booker, Beto O'Rourke and the entire Democratic presidential field, Joe Biden is the Nominee of the Democratic Party in the 2020 presidential race against Donald Trump. And now the amazing Sen. Kamala Harris is teamed with him as the Vice Presidential Nominee. It's Biden/Harris vs. Trump/Pence in November. Are you in, or are you out? Under "President Donald Trump", we have been living through a three-and-a-half-year-long national nightmare. ... Do you want the nightmare to end? And do you want to do something about it? I do. I want to do all I can to end the nightmare. I want to repair the damage done to the fabric of society, our national character, and the rule of law. I want a president who believes in the reality of climate change. I want a president who is not a fascist, racist idiot. I want a president who is not the laughingstock of the world, but who instead will work with our fellow nations to save the environment, promote democracy, not dictatorships, and help lead the planet into a new era of empathy, compassion and peace. This event will be online training, and then actual phonebanking. In a Zoom session, you will be trained on how to use the Biden campaign's "Action Center" web functionality. The "Action Center" feeds you the name and telephone number of a Joe Biden supporter. You call them and check in on them. You read from a script. You ask them a few questions, and you click a few boxes to record their answers online. One of the questions is whether or not they want to volunteer for the campaign. If they answer yes to this, someone else from the campaign will contact them about volunteering. The entire campaign will likely be virtual, like this, through November. Even if the campaign is not all virtual, this technique of "phonebanking" -- calling in to a candidate's supporters from home, using a web page to feed you names and telephone numbers -- is a common electoral technique of modern campaigns. What you are doing is extremely valuable, and does a huge amount to turn out the maximum number of voters on election day. *****IMPORTANT - HOW WE WILL MEET VIRTUALLY***** *****On the morning of Thursday, October 29th, everyone who has RSVP'd yes for this event will be emailed the Zoom link for this online virtual training. You will also be emailed that same link once again one hour before the training. The training will occur at 7:00pm on Thursday, October 29th.***** Let's end our national and international nightmare. Let's remove the incompetent, racist, climate-change-denying, self-aggrandizing buffoon in the White House, and usher in a new era of compassion and competence. The United States president should be a world leader, actively partnering with other world leaders to solve our planetary problems, and *not* someone who is -- justifiably -- an object of worldwide derision and scorn. Trump is marching in reverse, and attempting to take the world along with him. We can do so much better. And we will. David

Join the Vegetarian & Vegan Democrats for Biden-Harris Virtual Phone Bank via Zoom. The Zoom link will be sent to you the day of the event, Sunday November 1st. We are calling swing states to Get Out The Vote (GOTV). This is how New York Area Vegetarians & Vegans can really make a difference in this election--with outreach to priority states. IMPORTANT: If you are new to phonebanking and need training, please join us on Zoom at 1:00pm or 3:00pm or 5:00pm. We will have three group trainings, via Zoom, at 1:00pm, 3:00pm and 5:00pm. After the 25-minute training, you will make "Get Out The Vote" calls to a swing state. Experienced phonebankers who do not need to be trained on the ThruTalk/Dem Dialer phone system may join us on Zoom any time between 1:00pm and 7:00pm and stay as long as you like, or leave when you need to. We will be using ThruTalk/Dem Dialer. We encourage you to arrive early (1:00pm) and stay late (7:00pm) if you can. IMPORTANT: Each volunteer will need both a phone and a laptop/desktop computer. We will be using the amazingly fast and productive ThruTalk dialing system. YOU CANNOT USE AN IPAD. YOU CANNOT USE SAFARI AS YOUR BROWSER. (You can use either Chrome or Firefox as your browser - NOT Safari.) WE WILL HAVE THREE VIRTUAL TRAININGS VIA ZOOM, AT 1:00pm, 3:00pm, and 5:00pm. IF YOU ARE NEW AND NEED TRAINING, PLEASE JOIN US AT 1:00pm, 3:00pm or 5:00pm. If you are experienced with ThruTalk, join us anytime and begin making calls right away. We especially recommend arriving at 1:00pm and staying through 7:00pm if you can be with us for the whole six hours. But staying for any amount of time is great, and we hugely appreciate your efforts and your heroism. Thank you! *****IMPORTANT - HOW WE WILL MEET VIRTUALLY***** *****On the morning of Sunday, November 1st, everyone who has RSVP'd yes for this event will be emailed the Zoom link for this online virtual training and phonebanking. You will also be emailed that same link once again at 12 noon. The training will occur at 1:00pm (also 3:00pm and 5:00pm -- please see above) on Sunday, November 1st.***** Let's end our national and international nightmare. Let's remove the incompetent, racist, climate-change-denying, self-aggrandizing buffoon in the White House, and usher in a new era of compassion and competence. The United States president should be a world leader, actively partnering with other world leaders to solve our planetary problems, and *not* someone who is -- justifiably -- an object of worldwide derision and scorn. Trump is marching in reverse, and attempting to take the world along with him. We can do so much better. And we will. David 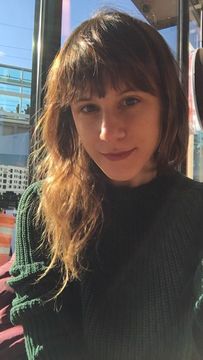 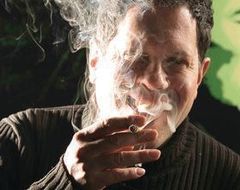 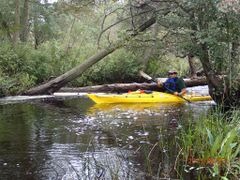 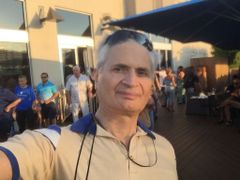 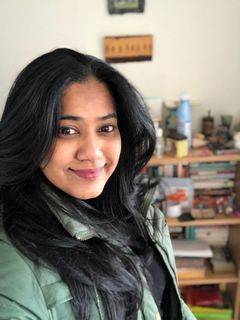 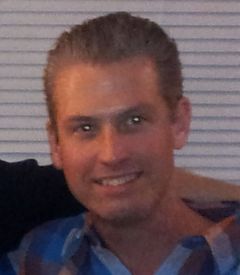 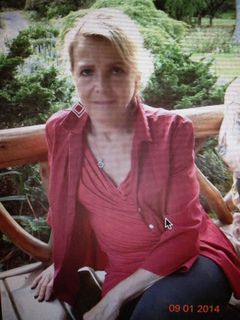 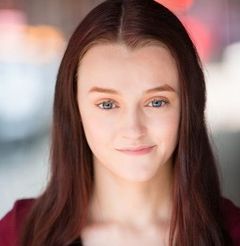 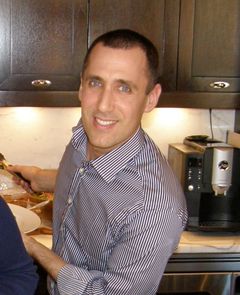 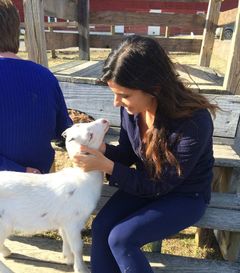 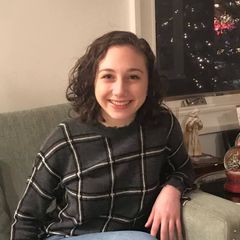