Hosted by
Dawn and Sarah M. 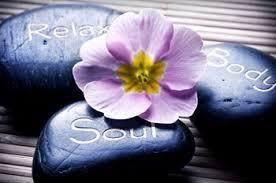 Garnet Schulhauser will describe his encounter with a homeless man named Albert (who was actually one of his spirit guides in disguise), which led to the writing of his first book, Dancing on a Stamp. He will discuss the revelations he received from Albert about the nature of our existence as eternal souls, the cycle of reincarnation on Earth, our connection to the Source, and the afterlife that awaits us all, most of which flew in the face of what Christian holy men had been preaching for centuries.

He will also talk about his astral journeys with Albert, as recounted in his second book, Dancing Forever with Spirit, and his third book, Dance of Heavenly Bliss. During these out-of-body excursions Garnet was able to explore a dazzling white city on the Spirit Side and other planets in the galaxy with intriguing life forms. These fascinating astral trips included a visit to a water planet where the resident cetaceans implore humans to stop the carnage of their cousins on Earth, a trip to another dimension to observe the idyllic world of humans who have made the shift to the New Earth, a journey to a planet with a matriarchal society ruled by women, and a frightening encounter with a Black Hole in the center of our galaxy

He will recount his meetings on the Spirit Side with some very wise souls, including Moses, Jesus and his mother Mary, Lucifer, and the goddess Athena. In the Akashic Records he got to view an ancient human civilization that had lived among the dinosaurs and the building of Stonehenge with the help of visitors from the stars. His out-of-body adventures on Earth included a conversation with Gaia, the consciousness of Mother Earth, as well as encounters with a Sasquatch and an Irish fairy, both intelligent and peace-loving beings, who lamented that they had been forced to avoid all contact with humans because of our propensity for aggression and violence.

The meet up group will be held in the Gymnasium

Please do not wear any strong fragrances as some people are sensitive to them.

Parking is available across from the Centre. The Community Centre requires all participants to sign in at the front desk for Health and Safety reasons. Sign up sheet will be available 30 minutes before the event. Sarah or Dawn will be there to help guide you!

The Metaphysical and Intuitive Development Group