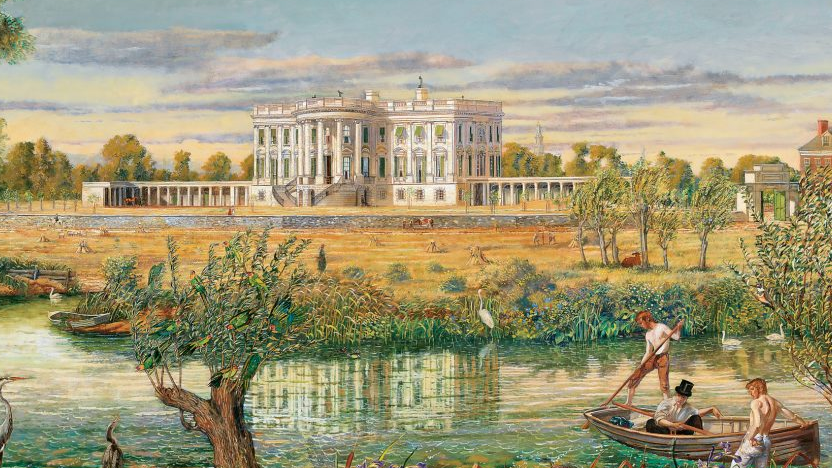 MEET at the GEORGE MASON memorial near the Jefferson Memorial.

Held near the scenic Tidal Basin during the Cherry Blossom season, this tour will examine the accomplishments of, and many crises faced, by Thomas Jefferson--D.C.’s first two-term President--during his wild stay in office. And of his friends & rivals James Madison, Alexander Hamilton, George Washington, & John Adams, all of whom left a significant mark on Lafayette Sq., the capital, and America.

Sunday, March 29, 2019, 1 P.M.
MEET at the GEORGE MASON memorial near the Jefferson Memorial.
$20. 2 to 2.5 hours.
Driving into town and parking may be difficult due to cherry blossom season. Nearest metros: Smithsonian & Metro Center.

You must RSVP to attend:
https://www.meetup.com/Washarea-Discovery-Hikes/events/261004900/

Discover:
• A traitor’s attempted betrayal of Jefferson’s Lewis & Clark expedition
• The mysterious Jefferson Pier
• The Marquis de Lafayette’s amazing & perilous associations with multiple American Presidents
• Inventor of farm, kitchen, and spy apparatus
• The undeclared naval war, and declared trade war, that nearly wrecked Jefferson’s second term
• Sally Hemings and Maria Cosway
• Disputes over the Jefferson Memorial
• His rollercoaster relationship with John Adams
• “The room where it happened”
• The “miracle mansion” of TJ’s militia chief
• The scoundrel who betrayed Jefferson, killed Hamilton, and tried setting up his own country—with the head of the U.S. Army!
• Architect-in-Chief: Did TJ secretly design the White House?
• When Jefferson was almost hanged
• President Jefferson’s “First Lady”
• How he came to write the Declaration of Independence, and its secret coda
• And more!

Your tour guide is a former speechwriter to the President of the United States, a former writer for Jay Leno’s “The Tonight Show”, & author of the newly published, hidden history of Lafayette Square—The White House’s Unruly Neighborhood!: