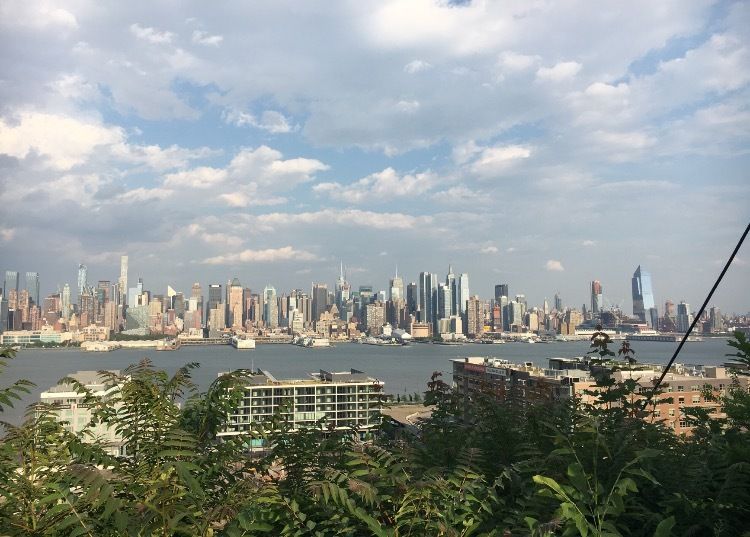 Walk down the driveway to the Studio house in the back! full directions at weehawkenstudio.weebly.com/directions.html

CREDO. I believe. No other statement is so full of intent and subversion and power. A Credo is a call to arms. It is a declaration. A Credo is the act of an individual pushing back against society, against established stigmas, taboos, values, and norms. A Credo provokes. It desires change. A Credo is an artist or community challenging dogma, and putting oneself on the front line. A Credo is art at risk. A Credo can be a marker of revolution. A Credo, is thus, the most calculating and simple form of a manifesto. In this creative writing workshop, writers will get a chance to create their own literary manifestos and discuss what’s at stake in their own writing, art, and craft. We will read literary manifestos and poetry from writers such as Allen Ginsberg, Sunil Gangopadhyay, Amiri Baraka, and Bianca Stone, and will explore how writers and readers become more invested in a work of writing, its performance, and its narrative by raising the stakes.

This workshop is taught by guest-expert and literary superstar Rita Banerjee of the Cambridge Writers' Workshop and Nat Kimber, host of the Weehawken Writers and Artists Studio and Literary Agent of The Rights Factory. Rita Banerjee will teach the bulk of material, and Nat will spend some time discussing how raising the stakes expands opportunities in the world of publishing and for one's total literary career.

****In the evening, post-workshop, the Weehawken Studio will be hosting a book launch party for Rita Banerjee's debut poetry collection Echo In Four Beats (Finishing Line Press). Workshop guests are welcome to join the festivities! For more info, visit:
weehawkenstudio.weebly.com/upcoming-events.html

Rita Banerjee is the Executive Creative Director of the Cambridge Writers’ Workshop and editor of CREDO: An Anthology of Manifestos and Sourcebook for Creative Writing (C&R Press, May 2018). She is the author of the poetry collection Echo in Four Beats (Finishing Line Press, March 2018), the novella “A Night with Kali” in Approaching Footsteps (Spider Road Press, 2016), and the poetry chapbook Cracklers at Night (Finishing Line Press, 2010). She received her doctorate in Comparative Literature from Harvard and her MFA in Creative Writing from the University of Washington, and her writing appears in the Academy of American Poets, Poets & Writers, Nat. Brut., The Scofield, The Rumpus, Painted Bride Quarterly, Mass Poetry, Hyphen Magazine, Los Angeles Review of Books, Electric Literature, VIDA: Women in Literary Arts, AWP WC&C Quarterly, Queen Mob’s Tea House, Riot Grrrl Magazine, The Fiction Project, Objet d’Art, KBOO Radio’s APA Compass, and elsewhere. She is the judge for the 2017 Minerva Rising “Dare to Speak” Poetry Chapbook Contest, and she is currently working on a novel, a documentary film about race and intimacy, a book on South Asian literary modernisms, and a collection of lyric essays on race, sex, politics, and everything cool.

Natalie Kimber started her career in publishing as an assistant to Muriel Nellis at Literary and Creative Artists Inc., and later worked under Dr. Carole Sargent at Georgetown University’s Booklab, where she developed academic and trade book proposals, fiction titles, and edited books for New Academia Publishing. She graduated from Georgetown in 2010 with a BA in Liberal Studies with a focus in Theology and Latin, and is a Caux Scholar. She subsequently founded the Sun Rae Agency, with a view to represent authors with provocative, inspiring books that challenge and change the literary landscape. Nat joined The Rights Factory in 2014 as the agency’s first New York City based agent. She is inspired by bringing experimental, risky, and thoughtful new literature into the world of traditional publishing.

As your host at the Weehawken Writers & Artist Studio, as well as a literary agent, Nat seeks writers who unveil meaningful new ways to see the world and ourselves in it.