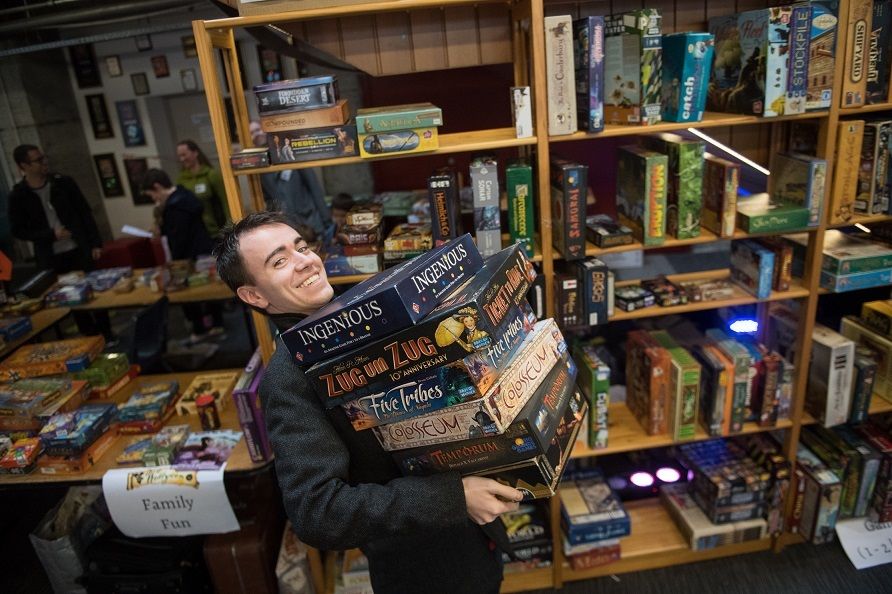 A mega-game is a super-size, real time, board game cross. We are lucky enough to have it running at Wellycon again this year. Here is a video from Shut Up & Sit Down telling you more:
https://youtu.be/hN71v9H_gg8

And this year's game:

It is January 1962, Kennedy is President of the United States, and Kruschev is premier of the Soviet Union. An iron curtain divides Europe, and proxy wars are fought in several battleground countries as the threat of nuclear Armageddon grows. Unknown to all but a few government officials in the Super Powers and their closest allies, aliens have been visiting Earth for unknown reasons.

Watch the Skies: Cold War is an adaptation of Jim Wallman's megagame of alien terror. It draws inspiration from TV series like X-Filesand Gerry Anderson's UFO series in the 1970s, movies like Dr Strangelove, Invasion of the Bodysnatchers, and War of the Worlds, and computer games like UFO Enemy Unknown.

It’s not just a game … it’s a megagame

Megagames contain elements of roleplaying, live action, and board games. The key elements of a megagame are:

· a large number of players

· players are organised in teams with collective goals

· players have a role in the game, and the role may have its own goals

· while a Control team moderates the game, players have the freedom to be creative and to suggest actions not covered in the rules

· strict adherence to the game timetable, neither Control or the other players are required to wait for you to make your decisions

· victory is subjective – if you had a fun time playing the game you win.

The fate of the world is in your hands

The primary objective of all participants is to enjoy an experience that becomes greater than the sum of its parts of alien terror, cold war paranoia, and the threat of human extinction. The objective of the human teams is to have more influence and bases around the world at the end of the game than other teams. Megagames embrace emergent narrative, and the end of the game is not scripted. For WTS Cold War if a global thermonuclear war breaks out at DEFCON 1, the team responsible will be judged to have lost, and their opponents will be granted a moral victory.

Players can be cast into any role. The main roles available in WTS Cold War are: