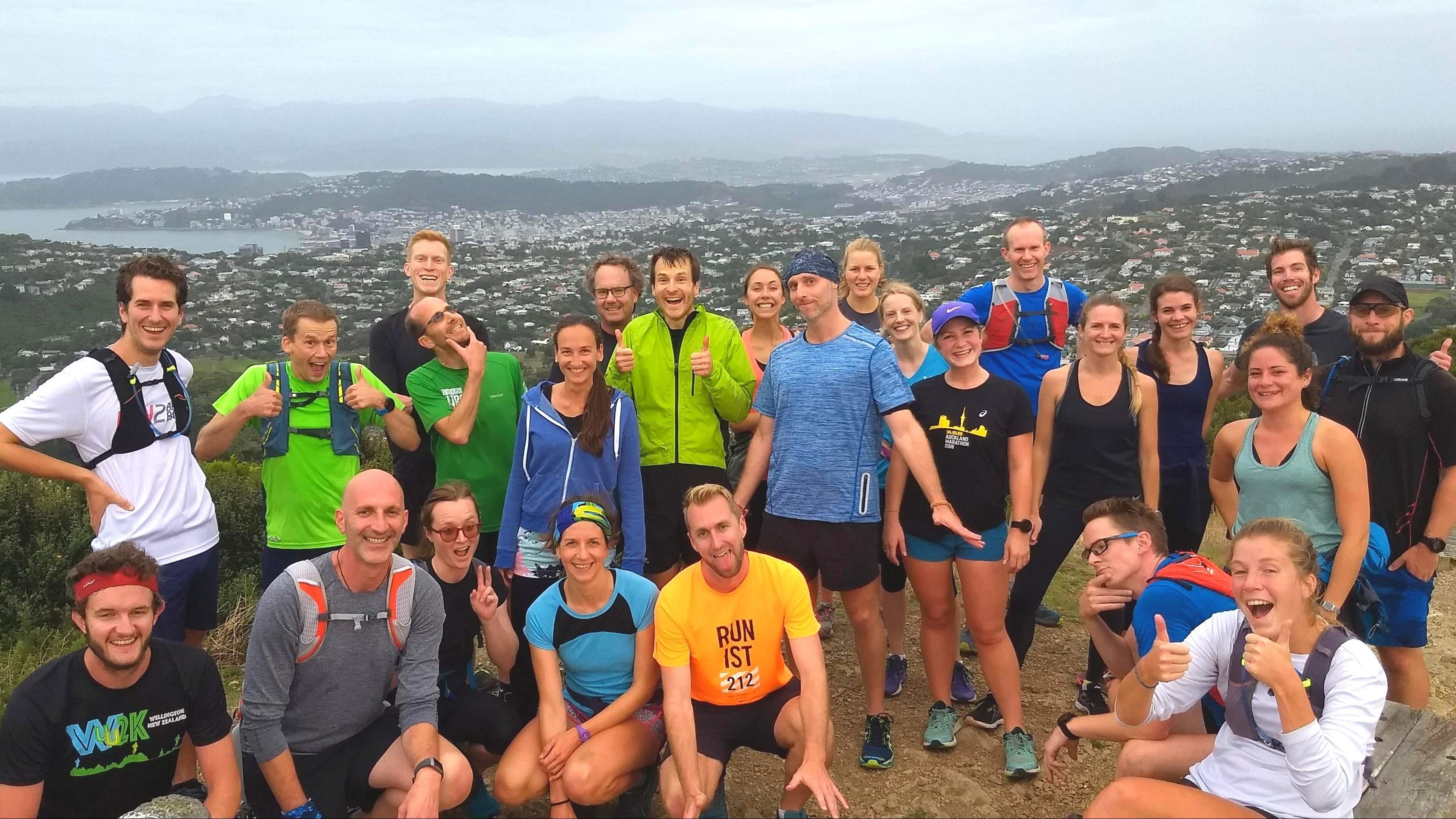 Every week on Tuesday

Up to 1h offroad, more or less hills, we choose. And it's off road so Trail shoes are handy!

Generally we run to the top of Mt Vic...and around the surrounding tracks. This is a intermediate pace run, about 8-12km. So if you want to push yourself or do something different than the boring old waterfront, this could be for you. It can get very steep at times !

We meet for this run on the waterfront walkway near the Naked Man Statue in front of Te Papa Museum at the north-east end of Te Papa, pinpointed here: https://goo.gl/maps/omsBUqMZt6k

MARCH until SEPTEMBER is TORCH season so bring a light (unless you have night vision!)

We typically have at least 2-3 groups of varied speed and ability - from fasties, through middies, to slow pacers so you'll definitely find the right fit, assuming you've done trail running before and can run up Mt. Vic, not just walk up it. If you've not done trail running before, or you have hardly ever done more than 5k, we suggest you run on the Wednesday group run on the waterfront until your fitness improves and you can sustain a hill run for more than 5k.

Mac's Brewery for rehydration and banter after!

The first Tuesday of each month is a "CAN CAN" run... we encourage you to bring a can (or non perishable food item) that we will donate to a charity and you can top up your running karma. You won't need to carry it on the run as it will be collected before the start.