Hosted by
Michelle P. and 4 others 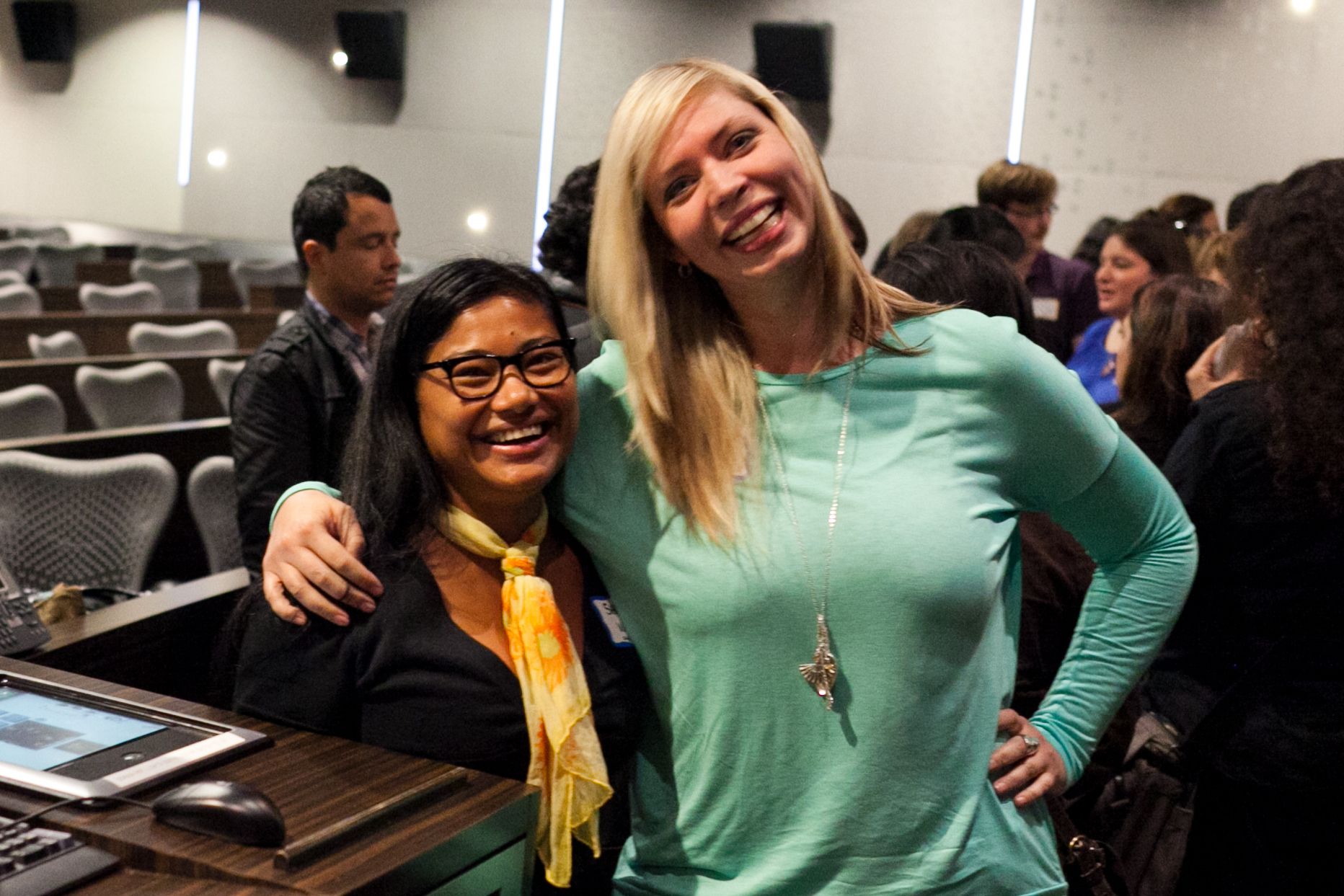 Is the reign of the 18-35 male gamer coming to an end? Maybe. The explosive growth of social and casual gaming has predominantly been fueled by female players in their 40s. As more and more game developers actively target women and young children, we're seeing an expansion of what games are and can be. Our panelists will discuss the ways they are making games more accessible to everyone. How do you appeal to first-time female gamers? How do you create family friendly games? What types of gameplay and content do they need for these broader audiences? And what lessons have they learned from developing games with these new gamers in mind?

An all female panel with game expertise spanning development, research and marketing, this panel discussion will explore the ways the game industry is broadening its appeal.

Unfortunately Megan is unable to attend, however Cathy Roiter a Designer at Her Interactive will be participating in her place.

Sandy Spangler, Design Director, Acronym Games, Vancouver
Late addition to the panel! We are very excited to announce we will be having Laura Mae Brown, Senior Monetization Manager at EA (formerly Marketing Strategy and Monetization Manager at Riot Games) joining the panel on Wednesday.
Evenings Schedule
5:30 - Registration and networking with refreshments
6:30 - 8:00 - Panel
8:00 - 9:00 - Mingling, networking, refreshments, engaging discussion
Panelist Biographies:
Jen Donahoe has been in marketing for over 16 years, spanning toy, entertainment, and video game industries. She began her career at Hasbro toy company, and in her 5 years at Hasbro, she developed an expertise in product and web marketing on such brands as Star Wars, Transformers and G.I. Joe. Her next 6 years were spent at Disney consumer products in the toy group doing licensing, brand management, and retail marketing, working on all Disney and Pixar movies such as Toy Story, Cars, Finding Nemo and Disney Princesses. Jen then took an opportunity to join the board game company, Cranium, where she was able to test the waters for taking the brand into toys. In 2007, she moved into the video game industry, joining EA and marrying her knowledge of the toy industry with her childhood passion for games. In January 2012, Jen transitioned into the EA Games label to head up marketing for the emerging all-digital F2P business unit at EA called Play4Free. Jen is passionate about being "Yoda" to the next generation of marketers and in helping game developers make the right game for the right consumers.
Jen Jenson is a Professor at York University in Toronto, Canada. She has done the usual academic publishing of stuff, including on topics like educational game design and gender and gameplay. She and various teams of folks have made a number of games focused on contagious disease, as well as a music game and most recently a kind of matching game for the iPad and iPhone. She and colleagues have recently begun a network, Feminists in Games (FiG), supported with Canadian government funding to study and address the ongoing paucity of women in the games industry, among other objectives
Jennifer Brandes Hepler got her start in pen-and-paper RPGs, writing supplements for “Shadowrun,” “Paranoia,” “Earthdawn,” and “Legend of the Five Rings.” After doing some hard time in Hollywood, working on CBS television’s “The Agency,” she returned to her gaming roots by joining Bioware as a writer on the Dragon Age franchise. She has written for “Dragon Age: Origins,” “Dragon Age II” and several DLCs, as well as spending two years writing for “Star Wars: The Old Republic.” She is best known for her writing on the female-targeted romance characters, Anders and Corso Riggs, and has been an outspoken proponent of making games more friendly to casual and non-traditional players.
Laura Mae Brown started her career in Investment Banking at UBS in London. Over the course of five years working across various sectors and teams she built up a foundation for analytics and data driven decision making. She made the transition to video gaming post-MBA, starting at Live Gamer building monetization models for virtual item strategy and alternative payment methods to support microtransaction-based businesses. She moved to Riot Games during their early development phase and spent the next two years devising and managing the monetization strategy for League of Legends. During this time League of Legends took Riot Games from a start-up to a major presence in world of e-sports with the most played video game in the world. Laura brought her unique skillset at the forefront of digital gaming monetisation to the Play4Free business unit at EA in May 2012. Her objective now is to help EA make the digital transition from boxed-product retail to emerge as a financially successful leader in the core free-to-play space.
Sandy Spangler joined the games industry back in 1994 creating art and animation for an array of award-winning kids' games at Seattle-based Humongous Entertainment, starring beloved characters such as Freddi Fish and Pajama Sam. Gradually shifting from art to game design, she eventually moved to London and joined Elixir Studios to work on an unpublished project aimed at the casual SIMS market. She then spent over three years at Sony's London Studio exploring new ways to interface with games using the EyeToy and Playstation Eye cameras including body motion, colour tracking, and augmented reality.
More recently she has been with Vancouver's A.C.R.O.N.Y.M. Games as the Studio Design Director, working on a variety of projects including the mid-core free-to-play MMO "Family Guy Online" and the family game "Wipeout: The Game" for the Wii which has sold over two million copies. She is always striving to create game experiences which appeal to new and broader audiences, and loves discovering new ways to play.
Cathy Roiter is the Designer of Her Interactive’s award-winning Nancy Drew games. The Nancy Drew franchise is the #1 retail performer in the U.S. six years running and the games have garnered 25 consecutive Parents’ Choice Awards. Cathy joined the company in 2008, beginning her career in the game industry at the same time, with an art degree from Grinnell College and a Games Animation certification. She’s brings her liberal arts background, passion for learning and travel, puzzling experience, and logical mind to the creation of each game. In addition to Her Interactive’s mission of creating immersive and rich game play for girls and women, she has the personal design goal that with each Nancy Drew game the player learns something new and is motivated to further research elements from the mystery on their own, whether that be history, culture, math, science, literature, or any other aspect of the game that inspires them.