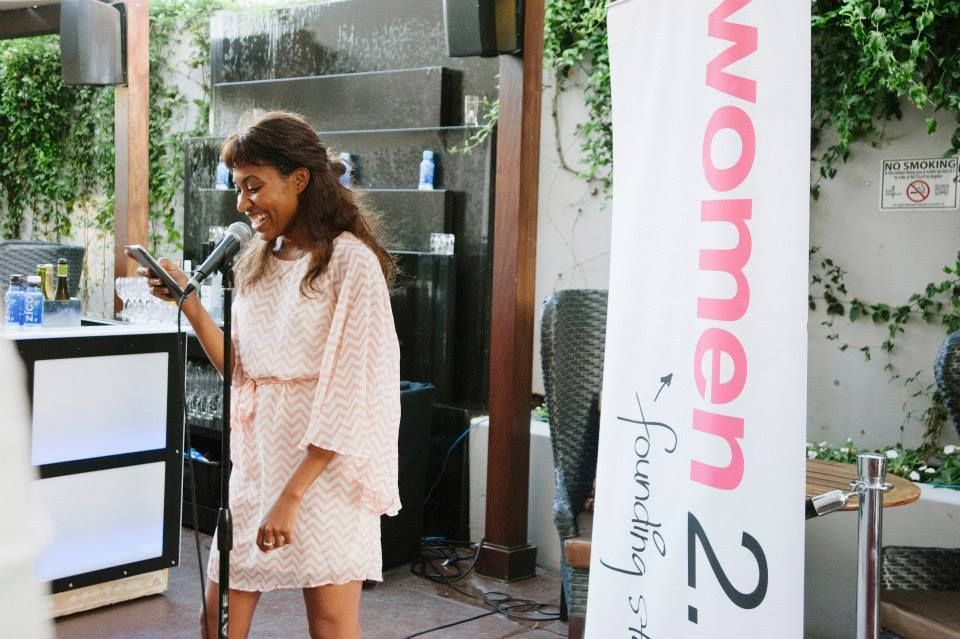 So you are now working for a startup (congrats!) and receive equity as part of your compensation.

What does this mean?

What can you ask for?

So your startup raises funding from investors. Way to go!

What happend to your equity?

What are dilution, preferred and common shares? And why should you care, anyways?

Your startup is getting acquired for an amazing valuation.

Or your startup is going public.

What's it got to do with your equity?

Come learn the basics of startup equity finance with Girls in Tech and wimlink on Wednesday, June 13th.

Born an artist, Sarah Feingold decided that the best way to to protect creative folk like herself was to go to law school. She currently serves as counsel of Etsy, Inc. (etsy.com) and specializes in intellectual property, business and ecommerce law. When she’s not practicing law, she's speaking or writing about legal issues (Sarah penned the ebook “Copyright for Artists”) or hammering silver in her tiny Brooklyn apartment kitchen (check out Sarah's jewelry at www.feingoldjewelry.com).

As Senior Vice President of Operations for Genesis Media, Bethany oversees the departments of Client Services, Ad Operations, Business Intelligence and Network Operations. Bethany joins Genesis Media from TVGenesis where she was tasked with laying the foundation for sales execution and margin optimization. Prior to TVGenesis she spent four years with Tremor Video as the Director of Advertising Operations. Bethany's responsibilities included overseeing ad server management, reporting and margin optimization. She also acted as the executive sponsor for many projects including 3rd party data targeting, creative partnerships, and the VivaKi Pool Initiative. Previously she held Ad Operations roles including Media Analyst and Campaign Manager positions at 24/7 Real Media.

Tania is a digital media executive who began her career as a filmmaker and media attorney, and specialized in film finance and development as well as documentary and feature film productions. After working in film for several years however, she was seduced by digital and went on to run an online video content network as head of acquisitions and has also lead product management for comScore's Video Metrix, the world's leading online video ratings service. Currently, she runs the TV Ad Solutions group with TV ad targeting company Visible World. She has been hosting events for women with wimlink since founding at the start of 2008.

Jamie Lee first learned about equity while tracking Asian blue chip stocks as a hedge fund analyst. She then quit the hedge fund to work alongside angel investors of Golden Seeds, who invest in women-led companies in technology, consumer goods, and life science. She likens the experience to a crash course in bootstrapping, entrepreneurship, and venture capital. Currently she works as Operations Manager at Tipping Point Partners, a startup that hosts, invests in, and manages startups. As Operations Manager, she manages Tipping Point Partners' day-to-day internal operations and finances.

Kara Rota is Director of Editorial & Partnerships for Cookstr, a technology company dedicated to recipes and nutrition and co-founded by Tipping Point Partners, a New York City-based "institutional entrepreneur". She is also a freelance food writer who studied writing and food politics at Sarah Lawrence College, where she wrote her undergraduate thesis on technoethics, posthumanism, cyborgs and RoboCop. She livetweets sporadically @karalearota.

Veronica Chan is the Director of Content at Gojee, a recipe inspiration site where she curates recipes exclusively from independent food and drink bloggers. She currently heads Gojee's content strategy across both food and drink verticals and was instrumental in building and launching the site last July, which now has a growing membership of 400K users from all around the world.

Amanda Moritz is the Social Marketing Manager at Brainscape, an adaptive mobile-learning platform that is helping over 1 million users learn faster. Amanda joined Brainscape after graduating from MIT in 2010 with a degree in Brain and Cognitive Sciences. She decided to go the start-up route, and is eager to jump-start other start-up-bound-ladies' knowledge of how equity works when you join a new company.

Not required, but good reading in advance: