From Concept to Post Production: How To Get Your Movie Done - Demetrius Wren 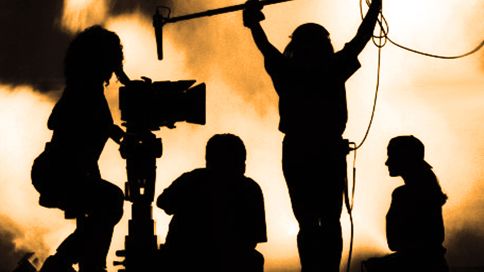 The entrance is actually on Emelita. If you are coming from downtown North Hollywood you will make a right on Emelita, which is the street before the Honda Dealership Service Center and IN-N-Out. If you get lost call/text 818 350-3866

We all know completing a film project is no simple task. In fact, it can be down right discouraging. You put your blood sweat and tears into writing your script and now it sits on that dusty computer that needs a new hard drive. Or maybe you actually shot your film but could never find the right editor to make it look the way you envisioned. Taking your film from concept to production and then post-production is a process no doubt, but getting that film done is gratifying!!!

We asked writer, director and producer Demetrius Wren to share with us his process for getting his films from concept to post production. With more then 15 directing, producing, writing, editing, cinematography and composing credits to his name, Demetrius understands a thing or two about getting a film done.

He directed his first film at age 8 and started studying filmmaking while in high school. He also studied music and theater while growing up in Augusta, GA. He graduated from Florida State University’s film school as the recipient of the Pathfinder’s Scholarship and started working immediately as a director on his award winning film “Streetball” about a group of homeless soccer players in South Africa. Following FSU, Demetrius moved to NYC and worked as the assistant to Steven Sater during the off-Broadway run of “Spring Awakening.” Demetrius wrote his first play “Legends, Myths and Hieroglyphs” about single mother families in rural black America told through the eyes of a young child, which had an off-off Broadway run. Demetrius later moved to digital storytelling working with Rocketboom and later Daniel Tiger’s Neighborhood as the interstitial live action content director. He directed the independent feature “Saudade?” followed by the feature film “Moon and Sun.” He’s co-directed VR films for the United Nations and has created several web series and client projects under his company Two Kids with a Camera, LLC. Demetrius is currently finishing his latest narrative feature “Rehabilitation of the Hill”, which won best feature at the 2018 Jacksonville Film Festival.