Hosted by
Amit L. and 4 others 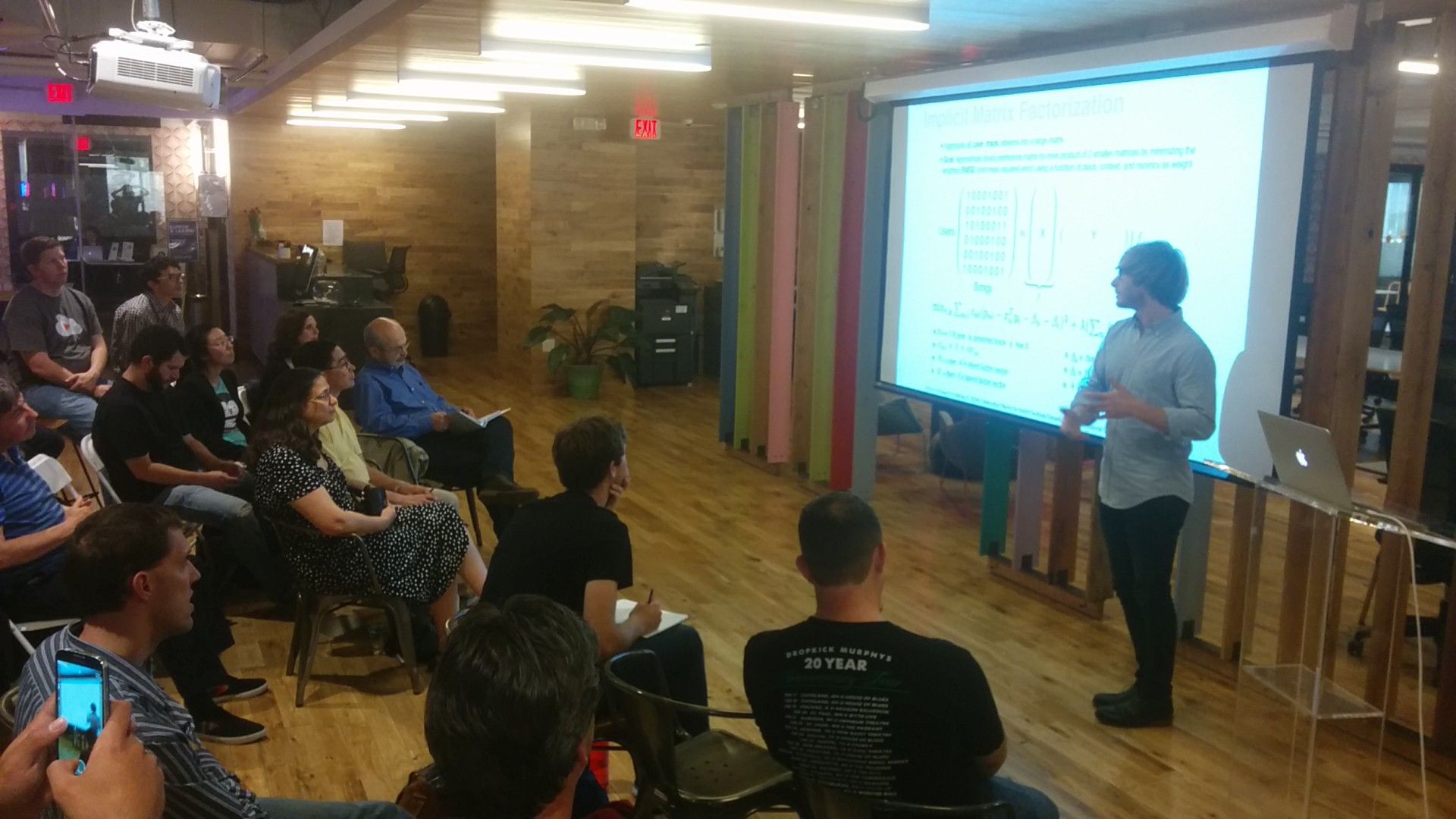 Since v0.10 Apache Mahout has shifted focus to enabling mathematicians and data scientists to quickly deploy their own distributed algorithms using a Scala DSL that provides R-Like semantics for matrix operations, which is backend agnostic and runs on Apache Spark, Apache Flink, and others. Up-coming release v0.13 will introduce the ability to run algorithms in hybrid distributed-GPU enabled environments which promises significant gains in computational speed. Finally, we will be demoing “Apache Mahout: Beyond MapReduce” by creating our own algorithms and visualizing the results interactively in Zeppelin.

Trevor Grant is committer on the Apache Mahout project and Open Source Technical Evangelist at IBM. He holds an MS in Applied Math and an MBA from Illinois State University, and used to call himself a ‘data scientist’ before it was cool. Trevor is an organizer of the newly formed Chicago Apache Flink Meet Up, and has presented at Flink Forward, ApacheCon, Apache Big Data, and other meetups nationwide.

Food and Drinks provided by IBM.