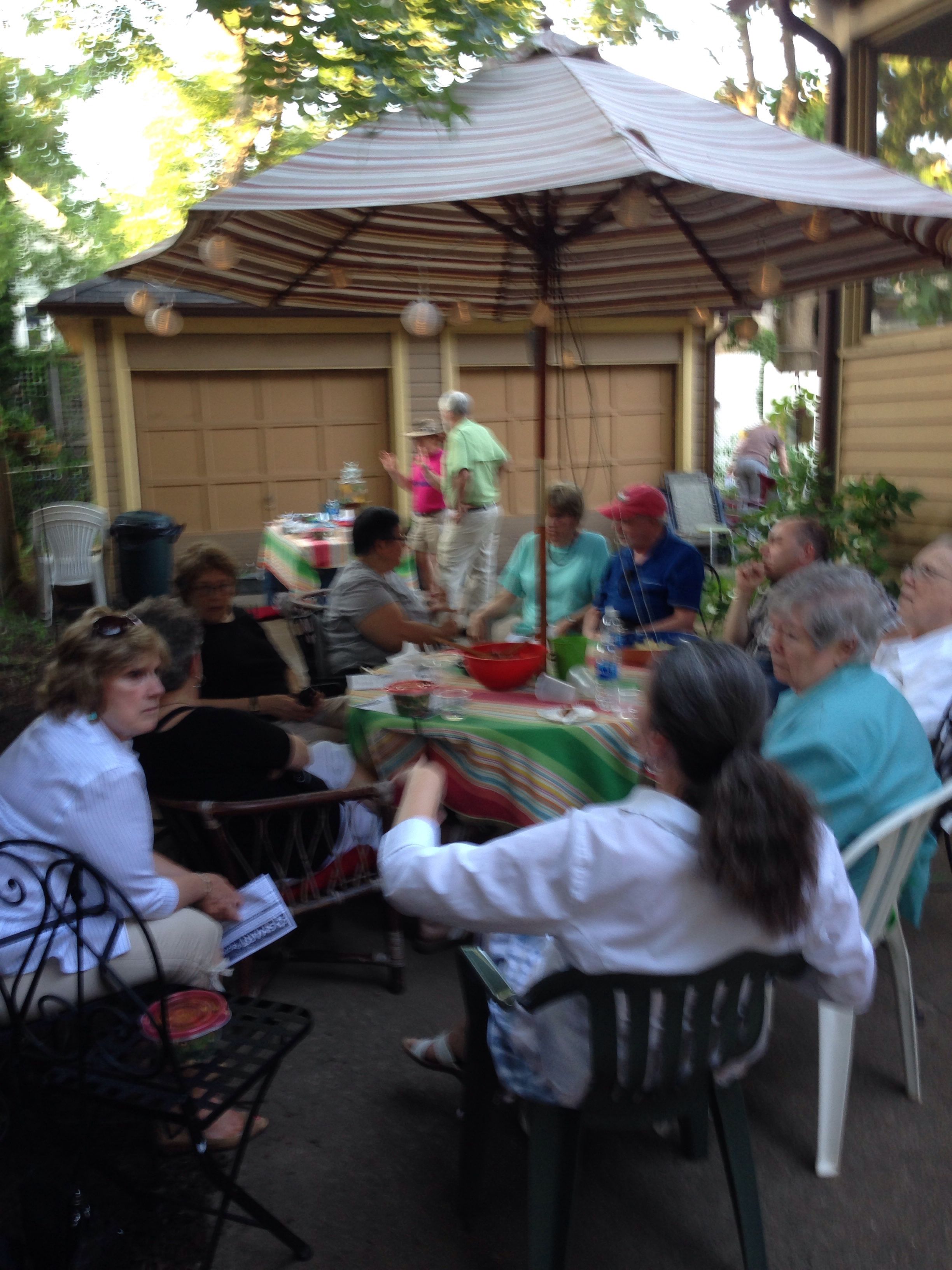 We will most probably be in the Social Hall near the main entrance.

We have a very special speaker for Darwin Day. Dr. Abby Hafer will present "Darwin’s Apostles."

When the discovery of evolution by natural selection was announced to the world, neither of the scientists who discovered it were present at the announcement! When evolution was debated and insults traded at the notorious 1860 meeting of the British Association for the Advancement of Science, the co-discoverers of evolution weren’t there, either! Who did the hatchet work on behalf of evolution? Why, Darwin’s apostles, of course! Charles Darwin was famously a recluse in later life. He wrote earth-shattering books but preferred to have others defend them. Fortunately, scientists like Thomas Huxley, Joseph Hooker, Asa Gray, John Draper, and evolution’s co-discoverer Alfred Russel Wallace were all willing to go to bat on evolution’s behalf. They were colorful, distinguished, and tenacious. Come find out more about them!

Dr. Abby Hafer is the author of "The Not-So-Intelligent Designer—Why Evolution Explains the Human Body and Intelligent Design Does Not." She has a doctorate in zoology from Oxford University and teaches human anatomy and physiology at Curry College.

We will start with our customary half hour of coffee and conversation at 3:30 PM followed by Dr. Hafer’s presentation at about 4:00 PM.

(Please note: We do not require people to RSVP on meetup to attend. So don't feel you must RSVP to attend. We use meetup more of an announcement platform than anything else.)

The Humanist Association of Connecticut