"Entity Views - Not your father's DTOs" + "Kickstart Your Gatling Perf-Testing" 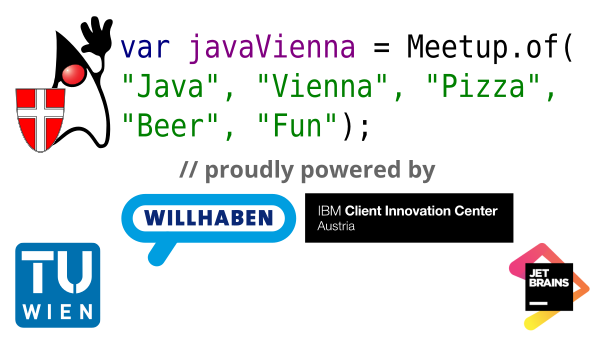 Entity Views - Not your father's DTOs
----
Many people advise against using the DTO pattern, but often for the wrong reasons.
It is often argued that DTOs are just copies of entities and that they represent unnecessary boilerplate,
but that is only the case for very simple or degenerate synthetic use cases.
When data crosses system boundaries, having DTOs of some sort is unavoidable at some point.
In this talk I will show you how Blaze-Persistence Entity Views makes "DTOs great again".
Entity Views allow you to model your read and write concerns for specific use cases in a clear succinct manner.
The best part is, that this approach will improve performance, reduce the scope of possible errors
and also make your intentions clearer by vastly reducing the amount of code necessary.
Take a look for yourself and see how Blaze-Persistence Entity Views are changing the game.
Brace yourselves for "Not your father's DTOs"!

Christian Beikov works with Java EE technologies since 2010 and has lots of experience with CDI and JPA. He works in Linz in R&D at Curecomp GmbH, a leading company on the market that provides a SRM SaaS solution.
While always being an active Hibernate contributor and constantly improving Blaze-Persistence, he gained experience doing freelancing and being a co-founder of Sweazer GmbH.
His main interests are around distributed systems, database technologies and everything Java/JVM-related.

You think of using Gatling to run integration or performance test? But got confused with Scala, DSL and documentation? This presentation shows how to write Gatling tests in your IDE and execute them on the command line or CI server of your choice. Along the lines we discuss a few of Gatling’s feature such as injection profiles, scenario implementation, test configuration and last but not least debugging of Gatling scripts.

About the Speaker:
Siegfried Goeschl is currently an ASF member, Apache Turbine & JSPWiki PMC (Project Management Committee). Over the last 10 years he was also Apache Commons Committer & PMC working on commons-email & commons-exec, Apache XML-RPC Committer, Apache Isis & JSPWiki mentor and Apache Maven contributor. He became involved with Open Source in 2000 contributing JUnitPP (one of the first JUnit extensions ever), got involved with Maven, confused with Jelly and wrote an Avalon container now being part of Apache Turbine (this makes him to the last Avalonier in this part of the universe). His professional interests are centered around writing server-side Java code, full-text search, performance testing, quality assurance and build management. If there is some time left besides his company, consulting work, Open Source software development and family he helps at the Java Vienna Meetup and organizing the next DevFest in Vienna.