Hosted by
Nicolas B. and Florian S. 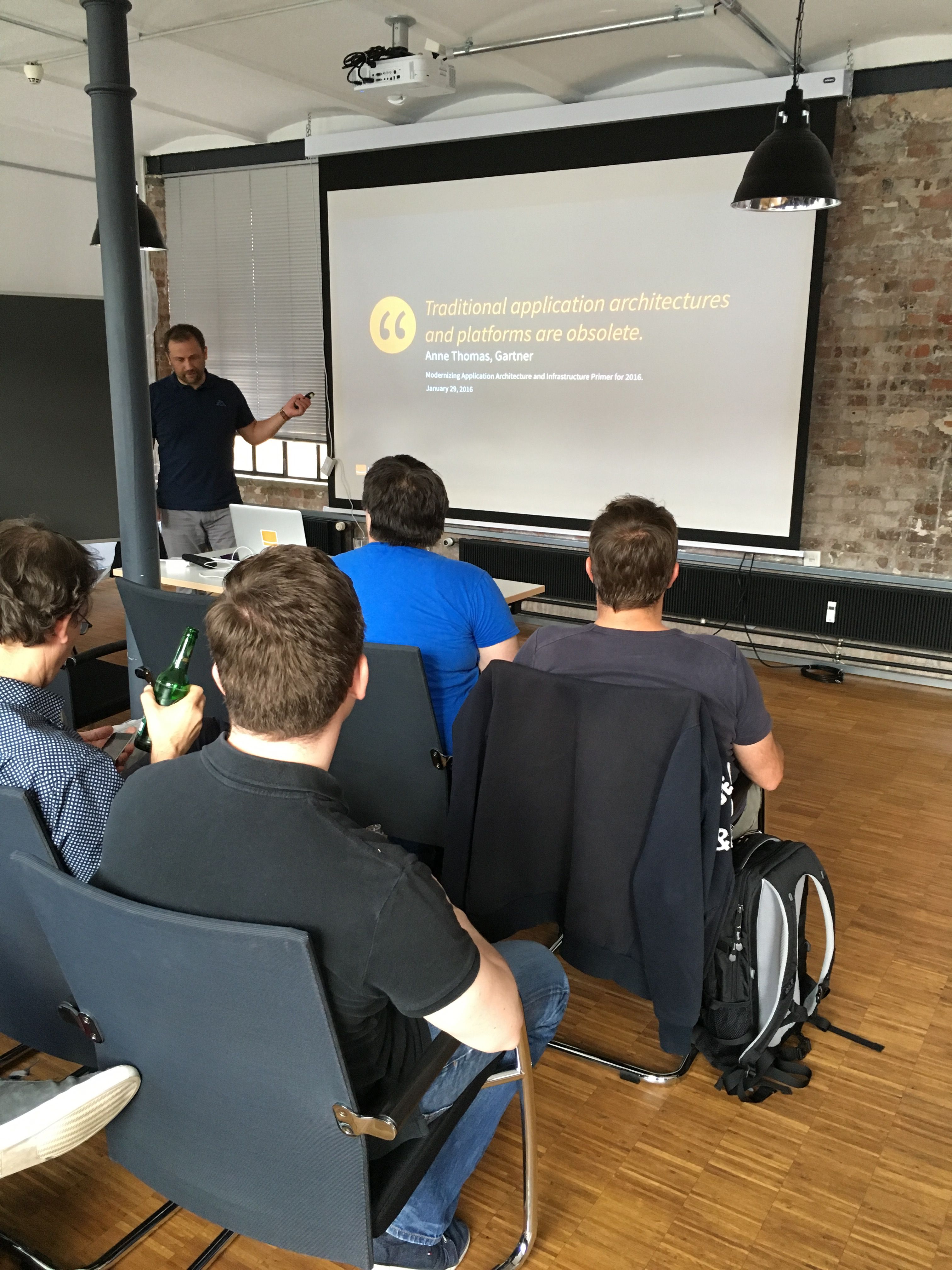 We are starting 2020 with a guest from Lightbend. Hugh McKee will talk about moving from a mololithic architecture to microservices and what else the future will bring:

If you are a developer or an architect, the odds are that you grew up building systems that are now commonly known as monoliths. In the last few years, we've seen a significant evolutionary shift to systems composed of microservices. Today we are witnessing the birth of serverless. The rate of evolutionary change is accelerating. But what is changing, and what remains the same? In this talk, we will look at the evolution from the monolith to serverless seeking to extract the variables and the constants. We will also look at the progression from serverless to an inevitable future of frictionless computing.

Hugh McKee is a developer advocate at Lightbend. He has had a long career building applications that evolved slowly, that inefficiently utilized their infrastructure, and were brittle and prone to failure. Hugh has learned from his past mistakes, battle scars, and a few wins. And the learning never stops. Now his focus is on helping other developers and architects build resilient, scalable, reactive, distributed systems. Hugh frequently speaks at conferences around the world. He is the author of Designing Reactive Systems: The Role Of Actors In Distributed Architecture.