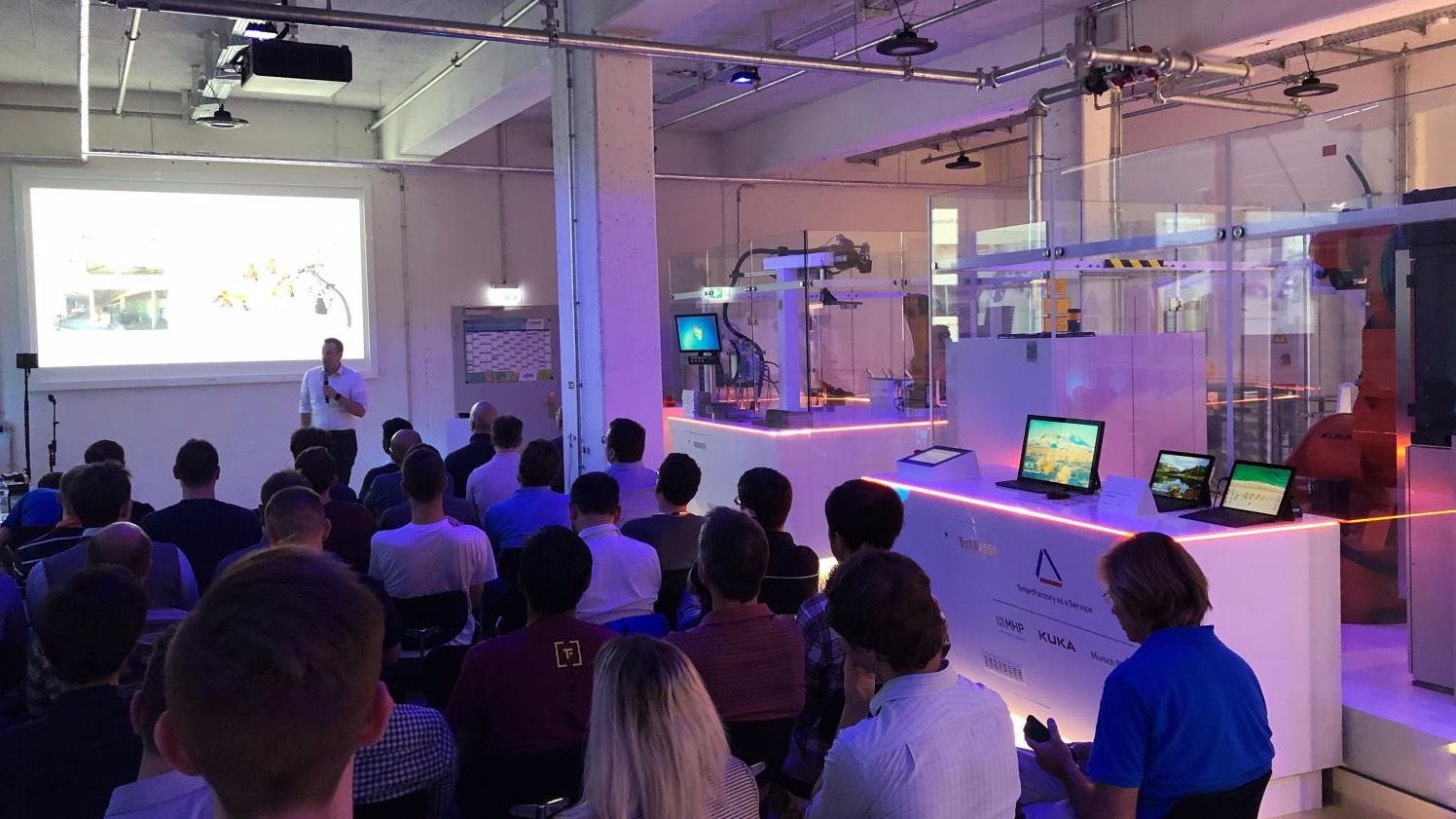 We're happy to announce our next ROS Meetup at the SmartFactory in Munich (supported by MHP, KUKA and Munich Re) at Ostbahnhof.

Get excited. We'll have three lightning talks on Robotics, Autonomous Driving, and Manufacturing. Come along and meet awesome people at the Meetup. Looking forward to see you around.

MHP, KUKA and Munich Re presented for the first time the "SmartFactory as a Service (SFaaS)" in Munich, and thus a new business model that has the potential to revolutionize production processes in the automobile industry of the future. For this purpose, the three companies are bringing together their core competences: The robot-based automated production is being developed by KUKA, MHP, with its digitalization expertise, is contributing its closed loop manufacturing approach in the entire project phase and taking care of system integration, and Munich Re is completing the business model with integrated risk management and innovative financing models.

2009 Fraunhofer IPA has written its first lines of Code in ROS. In 2012, IPA has organised the first ROS-Industrial Conference in Stuttgart to investigate if ROS is an enabler for Industry (title of 2012). Since 2014 there is a European ROS-Industrial Consortium in Europe, continuously extending the advanced capabilities of ROS software to manufacturing. Since 2018, the EU funded ROSIN project is supporting the world-wide ROS community with new open-source ROS libraries and tools to develop more advanced robot applications, as well as methods for quality assurance for their industrial use.

Thilo Zimmermann has worked as Robotics Project Leader for more than 11 years. He has managed for Fraunhofer IPA EU projects like SMErobot, SMErobotics, euRobotics, ROBOTT-NET and ROSIN. Currently he is the ROS-Industrial Consortium Manager for Europe and organising the annual ROS-Industrial Conference in Stuttgart.

Autoware.Auto is a production-intent open source autonomous driving stack being built on ROS2. The open-source community develops the project under the umbrella of Autoware Foundation with the support and steering from relevant industrial partners. This talk will mention the structure and the development process of Autoware.Auto, highlight the improvements compared to its ROS1 based predecessor and finally explore the 3D perception stack in the project.

Yunus Emre Caliskan is a software engineer from Apex.AI working on 3D perception for autonomous vehicles.

Let's have some great discussions!

If you come by car, please use parking deck -1 or -2 at the building.