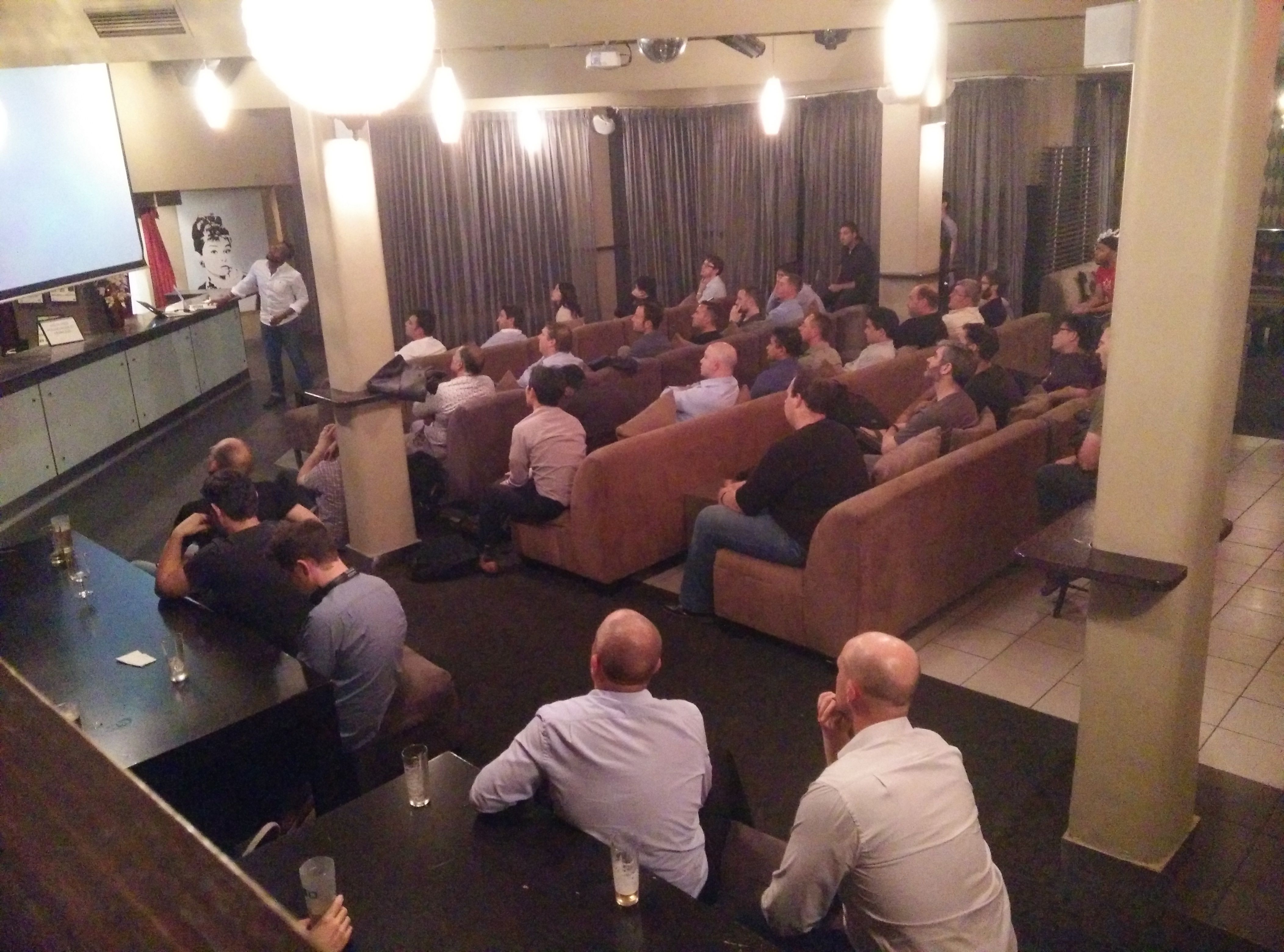 Welcome to 2018! I say this every year, but this year is going to be another big one for the devops movement!

If you've got an idea for an interesting talk about devops, infrastructure, security, observability, cloud, platforms or anything in between, let me know! We've still got open spots for this meetup, and for the rest of the year. Talks can run anywhere between 5 and 30 mins.

Charles Korn - Build and testing environments as code: because life's too short not to

The value of defining our production infrastructure as code is unquestionable, but in 2018 we still struggle with our local build and testing environments.

Too often new team members' first experience on a new project is a few days working out which tools they need to install, and another few days of then discovering the magic combination of tool versions that will happily coexist and the configuration required to make them behave as we'd like. Furthermore, as the application evolves and changes over time, maintaining and updating this environment across all developers' machines and CI agents can be incredibly painful.

And that's before we even think about integration and journey testing, where we'd like to quickly and reliably spin up external dependencies like databases and other services in a known state to test against. There is a better way! Imagine being able to run your builds and tests quickly, consistently and completely automatically everywhere - on your machine, your colleagues' machines and on CI - and to be up and running in just a few minutes without the overhead of virtual machines, thanks to the power of Docker.

Well imagine no more... building that better way has been a project of mine for the last few months, and I'd love to share it and the ideas behind it with you and show you how you can start using it today. (You can get a sneak peek at https://github.com/charleskorn/batect)

Size doesn't matter. Startups and Enterprise work hard to establish DevOps practice, the journey is long and many are straggling. What are common issues, challenges and where is light at the end of the tunnel?