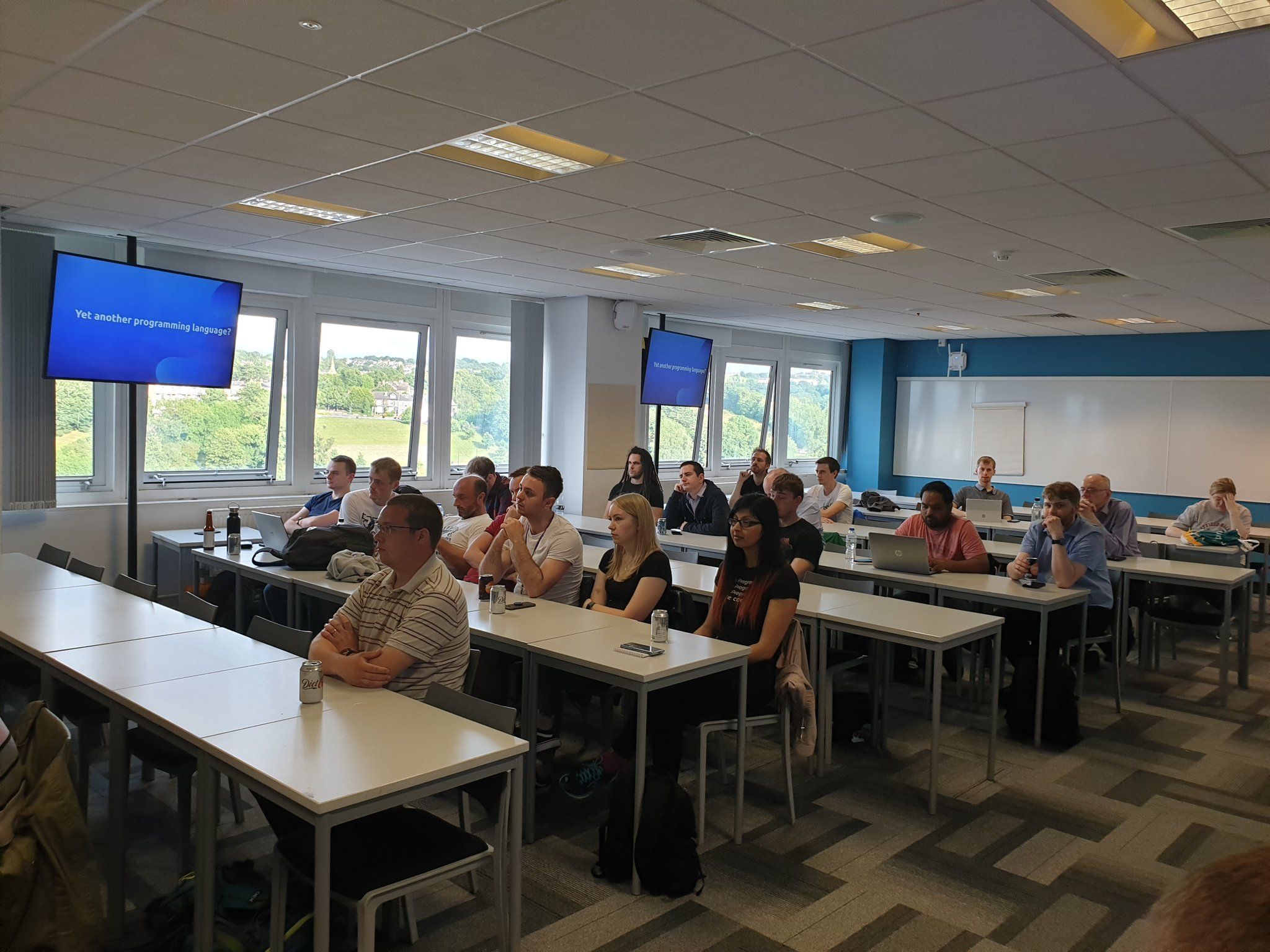 Through the main Sheffield Hallam University entrance until you get to the lifts then take the lifts to the 10th floor, we'll be in room 1028

This event will be split into two parts, Simon Painter presenting Functional Programming in C# and the second half will be Steve Collins presenting .NET Configuration Easy ... Right?.

👉.NET Configuration Easy ... Right?
Let's face it, we've all done it at some point. You have a value in your code that you don't want to hard code as it will vary in different environments or needs to change in a runtime environment, so you want to make it configurable in a file. That's where the fun begins.

In the .NET Framework, you usually create an XML configuration file and reference it using some static methods. Or maybe you use the designer in Visual Studio to do the work for you? In .NET Core, you are given a JSON file by default and access it through the IConfiguration interface. Job done ...or so you think.

.. and the questions go on and on.

In this talk, we start with a brief overview of the history of configuration in .NET Framework and how Microsoft handed developers a loaded gun to shoot themselves in the foot. Moving on to .NET Core, things are much better, but there are still some gotchas.

Lastly, the talk goes on to deal with the questions raised above with a "SOLID" based approach that makes configuration not only fully testable, but adds enhancements to handle encrypted configuration values (because you're not storing passwords as clear text in source control are you?) and validation of the configuration data before it hits your code.

👨‍💻Steve Collins
Steve Collins is an independent software developer/architect with over 25 years’ experience in the industry working with Microsoft technologies.

Steve first started programming on the ZX Spectrum and released his first open source project in 1989 … well kinda … he had a program printed in Your Sinclair magazine (with his name spelt wrong).