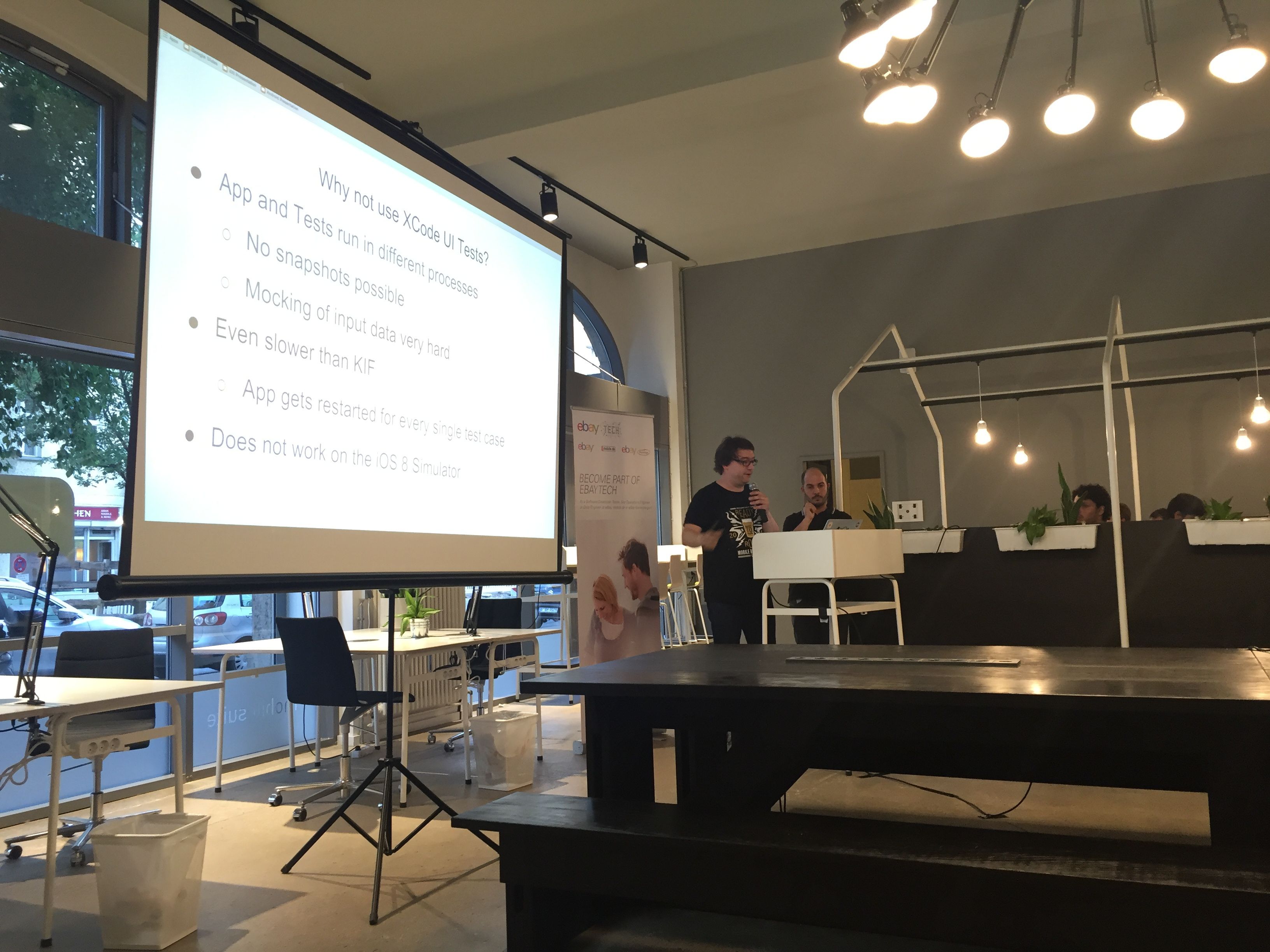 We like to invite you to the 12th ebay Tech Talk. This time, we will have two speakers talking about contemporary iOS development. The first talk will take 60 minutes and the second talk 30 minutes. Some food and drinks will be provided.

TDD for iOS (and anything) by Controlling Dependencies

Test Driven Development seems like a good idea ... for simple code that has no dependencies! But iOS code depends on Foundation, UIKit … we're doing a lot of networking and UI… you may think that TDD just doesn't work in such cases (eliminating most of your code). But that's just not so! In this talk, Jon Reid will show you how to turn dependencies around so you can write code that is testable. We'll look at three types of unit tests, dependency injection, stubs and mocks, and an example of unit tests for networking code.

Jon Reid has been practicing Test Driven Development for 12 years, and has worked at eBay on their iOS apps for the past 3 years. If you do the math, you'll figure out that Jon is a specimen of that rare and elusive animal: an iOS developer who uses TDD.

Wanting better tools, Jon developed OCHamcrest (http://hamcrest.org/OCHamcrest/index.html#resources) and PyHamcrest (https://github.com/hamcrest/PyHamcrest) (Objective-C and Python libraries of matchers for building test expressions, based on Hamcrest) and OCMockito (https://github.com/jonreid/OCMockito) (an Objective-C mocking framework based on Mockito). He is also the author of the blog Quality Coding (http://qualitycoding.org (http://qualitycoding.org/)).

Creating great iOS apps is difficult, but there's plenty of help available from the free/libre community. Based on the open-source app "Stolpersteine in Berlin (https://itunes.apple.com/de/app/stolpersteine-in-berlin/id640731757)", Claus will talk about the resources available to iOS apps, how to give back to the community, and how this benefits eBay.