Hosted by
Alberto Plaza C. and Alexander I. 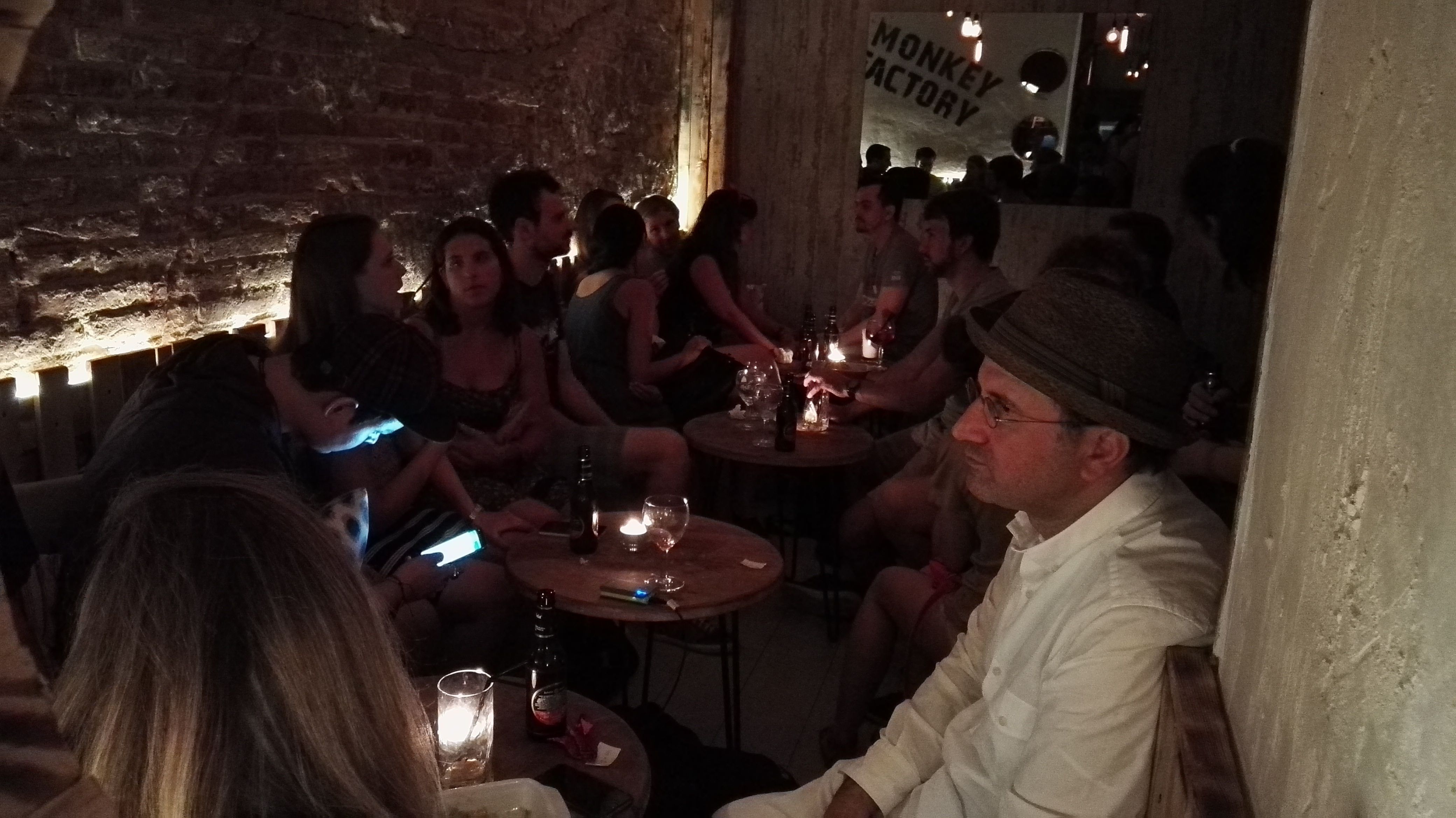 The bar opens at 7pm just in case you arrive before.
We are going to play the famous role playing game: Werewolves (Great FUN). Be on time for first round of werewolves game!

Also, you can help crowdfunding fun events barcelona with 1 or 2€ for growing and for buying new games and new cards. Thanks in advance for your tips!

Come, meet people and have fun!

The game proceeds in alternating night and day rounds. Begin with nighttime.

The Night
At night, the moderator tells all the players, "Close your eyes." Everyone begins slapping their knees (or table) to cover up any noises of the night.

The moderator says "Werewolves, pick someone to kill." The werewolves silently agree on one villager (It's critical that they remain silent). The other players are sitting there with their eyes closed, and the werewolves don't want to give themselves away. Sign language is appropriate, or just pointing, nodding, raising eyebrows, and so on.

When the werewolves have agreed on a victim, and the moderator understands who they picked, the moderator says, "Werewolves, close your eyes."

Now, the moderator awakens the Witch and says, "who would you like to heal?" The Witch selects someone they'd like to heal. The person chosen (which could be himself) will survive if the werewolves chose to kill the them. If someone was killed, and then saved by her, the moderator will let the village know by saying, "Someone has been saved", at the beginning of day time.

The moderator says "Seer, open your eyes. Seer, pick someone to ask about." The seer opens their eyes and silently points at another player. (Again, it is critical that this be entirely silent -- because the seer doesn't want to reveal his identity to the werewolves.)

The moderator says, "Everybody open your eyes; it's daytime." And let's the villager know who has been killed. That person is immediately dead and out of the game. They do not reveal their identity.

Alternative rule: After you die, you reveal what role you had.

The Day
For the first day, go around and have everyone introduce themselves (Example: Hey, I'm Matt. I'm the baker here in town, and I'm a villager.

Daytime is very simple; all the living players gather in the village and decide who to kill. As soon as a majority of players vote for a particular player to kill, the moderator says "Ok, you're dead."

Alternative rule: To keep the game moving along, you can put a time limit to how long a day is, and if the village doesn't chose someone to kill, they miss the opportunity.

There are no restrictions on speech. Any living player can say anything they want -- truth, misdirection, nonsense, or a barefaced lie. Dead players may not speak at all. Similarly, as soon as a majority vote indicates that a player has been chosen to be killed, they are dead. If they want to protest their innocence or reveal some information (like the seer's visions), they must do it before the vote goes through.