High Wycombe Skeptics in the Pub

The event was founded in London, UK by Dr Scott Campbell in 1999, for all those interested in science, history, psychology, philosophy, investigative journalism and how to examine extraordinary claims of all types.

A speaker (or number of speakers) is invited each month to present a topic of interest, which is followed by a discussion in a relaxed and friendly pub atmosphere.

We make no claims to balance, and actively promote science, freedom of expression and secular humanism. This means we often end up talking about superstition, religious fundamentalism, censorship and conspiracy theory.

The following definition (http://skepticblog.org/2008/11/17/skeptic-the-name-thing-again/), due to Steven Novella, pretty much sums up where we are coming from:

A skeptic is one who prefers beliefs and conclusions that are reliable and valid to ones that are comforting or convenient, and therefore rigorously and openly applies the methods of science and reason to all empirical claims, especially their own.

A skeptic provisionally proportions acceptance of any claim to valid logic and a fair and thorough assessment of available evidence, and studies the pitfalls of human reason and the mechanisms of deception so as to avoid being deceived by others or themselves.

In short skepticism is an intellectual speciality that is grounded in science and the humanities and includes any knowledge that deals with the nature of knowledge and belief, critical thinking, the foibles of the human intellect, and deception.

For those missing Skeptics in the Pub, you will be pleased to know that local groups have banded together to host some online talks while we are in isolation. Live event link: https://www.twitch.tv/sitp The Church of Jesus Christ of Latter-day Saints (Mormonism) was founded in 1830 by New Englander Joseph Smith. The Book of Mormon, the foundational scripture authored by Smith, claims to be a history of Christian Israelites who settled the American continents from 2500 BCE – 420 CE. Within a decade of creation, Mormonism established extensive missionary efforts in Europe, eventually forming the Perpetual Immigration Fund, a program for funnelling European converts to the faith to America en masse. After Smith’s assassination, one successor named Brigham Young organized a mass exodus to Mexico where the Mormons settled, running from United States law enforcement. This area became the “State of Deseret” until the Compromise of 1850 created Utah Territory. This Mormon settlement grew as tens of thousands of European converts immigrated into the territory over decades and Native American tribes were forced onto reservations and often outright murdered. As a result of these demographic trends, today’s Utah population is ~89% white compared with the national average of ~60% white and is one of the most religiously homogenous states in the nation. Utah Mormonism is the result of a large-scale eugenics experiment within recent history. Bryce Blankenagel hosts Naked Mormonism and Glass Box podcasts as a full-time Mormon history researcher. He has presented and published on “Life of Frederick G. Williams,” “Mormon Satan, Brother of Jesus,” “By His Own Hand, the Best-Worst Mormon Scripture,” “Sidney Rigdon, Forgotten Hero of Mormonism,” and “Revelation Through Hallucination: A Treatise on the Smith-Entheogen Theory,” and produced the “Proper Channels” documentary. He has been an invited guest speaker on dozens of podcasts totalling hundreds of thousands of listeners telling the outside world how interesting Mormon history is. He has attended or presented at Sunstone, ReasonCon, John Whitmer Historical Association, and QED as an independent researcher and is a current member of the John Whitmer Historical Association article awards committee. We are a coalition of UK-based Skeptics groups. Formed as the Covid-19 epidemic brought our country to a standstill, we are working to deliver high-quality online events focussing on Science, reason, and critical thinking. New to Skeptics in the Pub or Twitch or both? We anticipate that Twitch or SitP may be new for some of you so we will have *early doors at 6:45* to welcome new attendees and answer any questions you may have. A useful guide to Twitch here: https://www.lifewire.com/what-is-twitch-4143337 You don't need a Twitch account to watch the talk only if you want to take part in the chat. You won't need an account to ask questions in the Q&A though. More details on accessibility, inclusion and safety here: https://www.skepticsinthepub.org/online-safety Skeptics in the Pub is a place for inquisitive people of all ages to meet and converse in the High Wycombe area. Skeptics are people who yearn to discover the truth behind extraordinary claims that people or groups may make, this can be in areas of alternative therapies, the paranormal, religion and faith, the afterlife and many other areas of life. We we often end up talking about superstition, science, religious fundamentalism, health, censorship and conspiracy theory We make no claims to balance, and actively promote science, freedom of expression and secular humanism.. Our Website is at wycombe.skepticsinthepub.org (http://wycombe.skepticsinthepub.org/) where you will find links to join our Facebook (https://www.facebook.com/groups/HighWycombeSkeptics/) page and follow us on Twitter (https://twitter.com/wycombesitp). 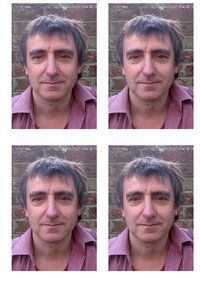 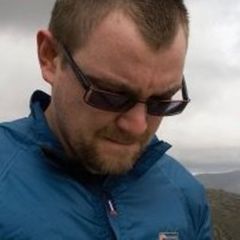 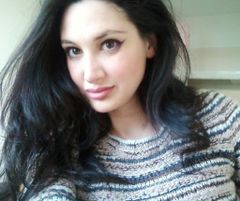 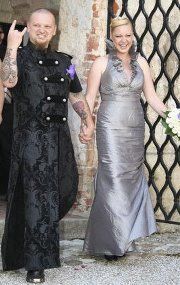