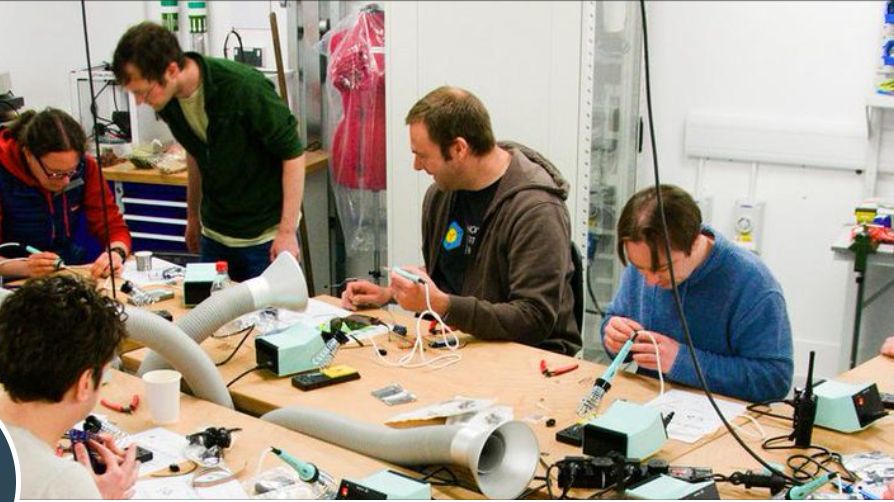 DoES Liverpool @ The Tapestry

DoES Liverpool are moving to new premises in the Fabric District (the area at the back of TJ Hughes). The meeting will be the first to be held in the new event space

We are hugely excited to announce that Andy Stanford-Clark is coming to speak at our next IoT Liverpool meetup in the new DoES Liverpool space in The Tapestry building!

Andy is IBM UK and Ireland CTO, an IBM Distinguished Engineer, a Master Inventor and Member of the IBM Academy of Technology.

Well known outside IBM, Andy is also a Fellow of the BCS and a Visiting Professor at Newcastle, Southampton and UEA (who he represented on Christmas University Challenge in 2015).

In 1999, Stanford-Clark collaborated with Arlen Nipper to author the first version of the MQ Telemetry Transport (MQTT). MQTT is a specialised protocol enabling telemetry or lightweight sensor and mobile systems to provide information to computer programs via a publish/subscribe mechanism.

He has given a TEDx Talk on "Innovation Begins at Home" and is renowned for being an early pioneer of the Internet of Things and living in the "House that Tweets". Andy was most recently featured on BBC News using IoT and AI to keep animals warm in a zoo over winter in Hampshire

Andy will take us on a tour of some of his exciting IoT projects, starting in the living lab he has created at his home on the Isle of Wight, including his electronic mousetraps. Via tweeting ferries and animatronic dinosaurs, we end up at Marwell zoo in Hampshire, controlling the heating in the animal houses.

And if that isn’t enough to entice you, there will even be time for some FREE beers, pizza and networking!

We look forward to seeing you there!

MCQN Ltd (http://mcqn.com) and Dynamic Devices Ltd (http://www.dynamicdevices.co.uk) are sponsoring the pizza and refreshments from 6:30pm, with the talk starting at 7(ish)