KWRuby January: "Your Career in Side Projects" by Corey Martella 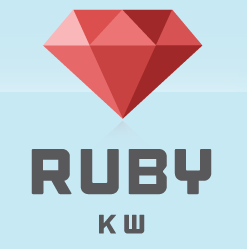 Tonight, Corey will take us on a journey of side projects that helped shape a career.

When is the last time you wielded your programmer superpowers to solve a problem for someone who was more than a "customer"? We can get lost in the echo chamber of a technology company with many layers of abstraction between the developer and the end user. The talk with focus on the conversion of several human systems in non-technology companies to Ruby on Rails with decisions, key lessons and compromises made along the way.

Corey Martella is a developer based in Kitchener-Waterloo, Ontario. He has been working in Ruby since 2007 after falling in love while it during a passion project. Currently at Shopify previously Miovision, Zynga and Sandvine. Outside of family and work Corey is an avid squash player and his favourite programming themed comedy T-shirt is "Will code today for food and beer"

Everyone is invited to join in this event. The Shopify office is fully accessible and has a gender neutral facilities available on site. Should you require any additional accommodations, please let us know in advance.

By attending this event, you grant Shopify (and others on behalf of Shopify) the right to record, film, photograph, or capture your likeness in any media and to distribute, broadcast, use, or otherwise disseminate, in perpetuity, such media without any further approval from or any payment to you.