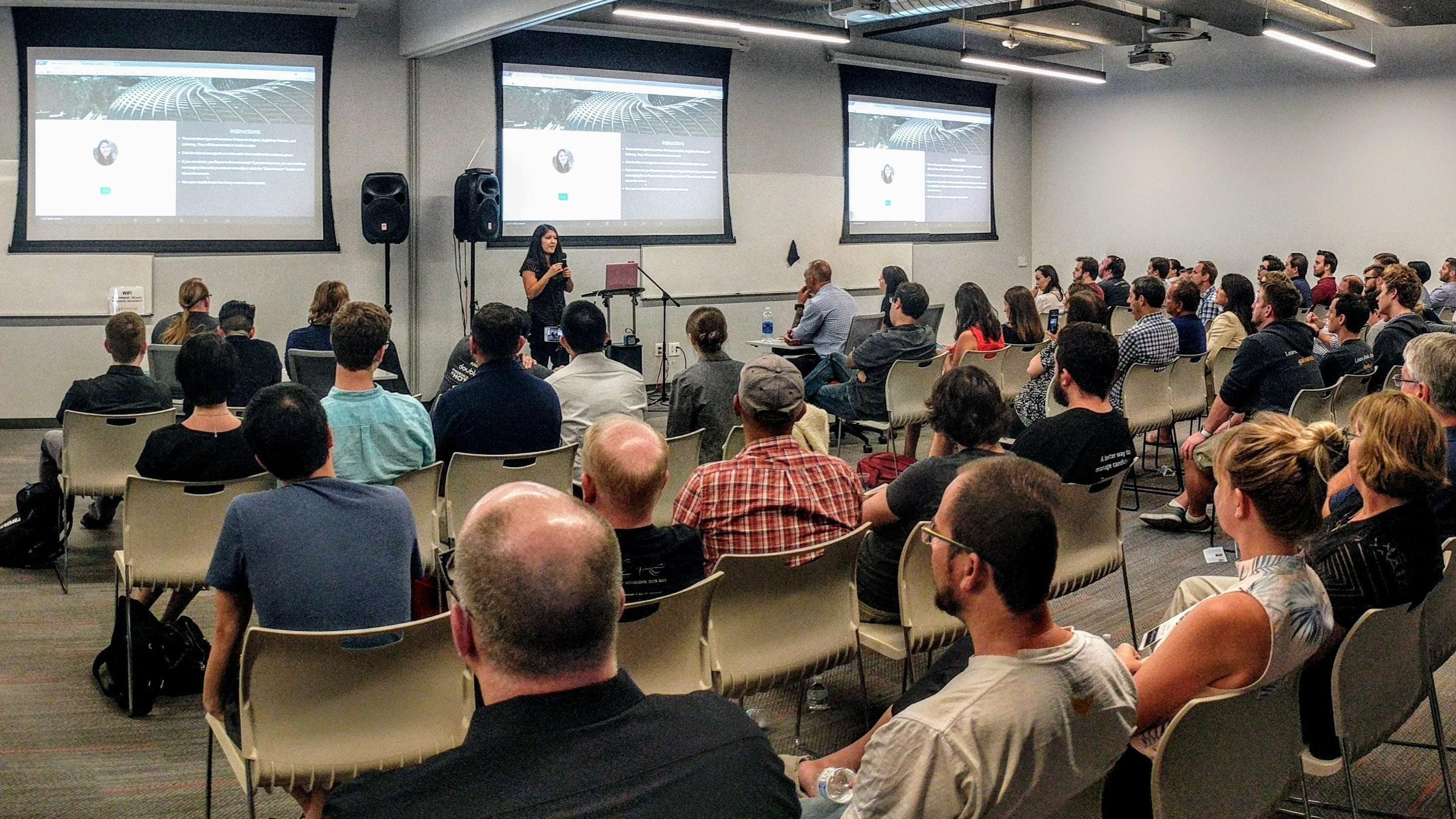 Please RSVP using the Eventbrite link in the description

* Please RSVP HERE also so we have enough food and drinks *( https://www.eventbrite.com/e/brunch-and-learn-hands-on-docker-workshop-tickets-43633011512 )

Docker is carefully tucked between virtualization, continuous deployment, and pure awesome. Bring your Windows 10 Pro Anniversary Update or Mac OS X El Capitan 10.11 laptop, and we’ll walk through together getting Docker for Windows or Docker for Mac installed, fired up, and get you building containers for fun and profit.

Our primary objectives are to get you comfortable with Docker and to get Docker running in your environment. This hands-on approach gives you the muscle memory to be successful after the workshop is done.

We’ll focus on these major milestones throughout the day:

– hello world: We’ll use the docker command-line to run the hello-world Linux container.

– download many images: This takes a while, so getting it started early is good.

– my first container: We’ll craft a dockerfile with a simple website, and build that into a Linux image. I’ll demo Node, but you can bring your technology of choice if you’d like.

– a bigger site: Let’s take it to the next level with a container that consumes external resources: perhaps a REST API, perhaps a database, perhaps an external cache. OS permitting, we can dig into Windows containers.

– secrets: Where should we store secrets such as connection strings and passwords in a container world? We’ll look at environment variables, startup parameters, and external configuration stores.

– what other docker parameters should we play with? This time is open for your questions and group or individual experimentation.

– designing for the cloud: This is more presentation / discussion, less follow along as we dig into cloud architecture assumptions and micro services, ensuring stateless workloads, retry and deduplicating messages, and eventual consistency.

– docker hub: Share your creations with docker hub. If you’re squeamish about publicizing your learning, we can also look at private registries on Microsoft Azure and Amazon AWS.

– docker compose: We’ll craft a suite of combined services and resources into a single package and turn on and off the entire package at once. We’ll spin up the site, perhaps Redis or a database, perhaps a micro-services api suite.

– docker swarm: Time permitting, we’ll experiment with running docker at scale in production. There are many choices here, and your IT department probably has more opinions here. Kuperneties and Mesos are also great options.

– code, hack, questions, mentor, etc.: The time is yours. What would you like to explore?

Our goal is to get Docker running in your environment and give you the knowledge to be productive with it going forward. The Docker requirements are **very** specific, so ensure you have **exactly** these features in your Mac or Windows laptop:

– Windows 10 Pro, Enterprise or Education (not Home, not Windows 7 or 8) to install Hyper-V

– Access to your machine’s BIOS to turn on virtualization

Rob Richardson is a software craftsman building web properties in ASP.NET and Node, Angular and React. He’s a Microsoft MVP, published author, frequent speaker at conferences, user groups, and community events, and a diligent teacher and student of high quality software development. You can find this and other talks on his blog at

Microsoft MVP in IIS/ASP.NET since 2014

Part of the AZGiveCamp organizers

Professional HTML and ASP.NET developer since 2002

Node and Angular developer since 2012