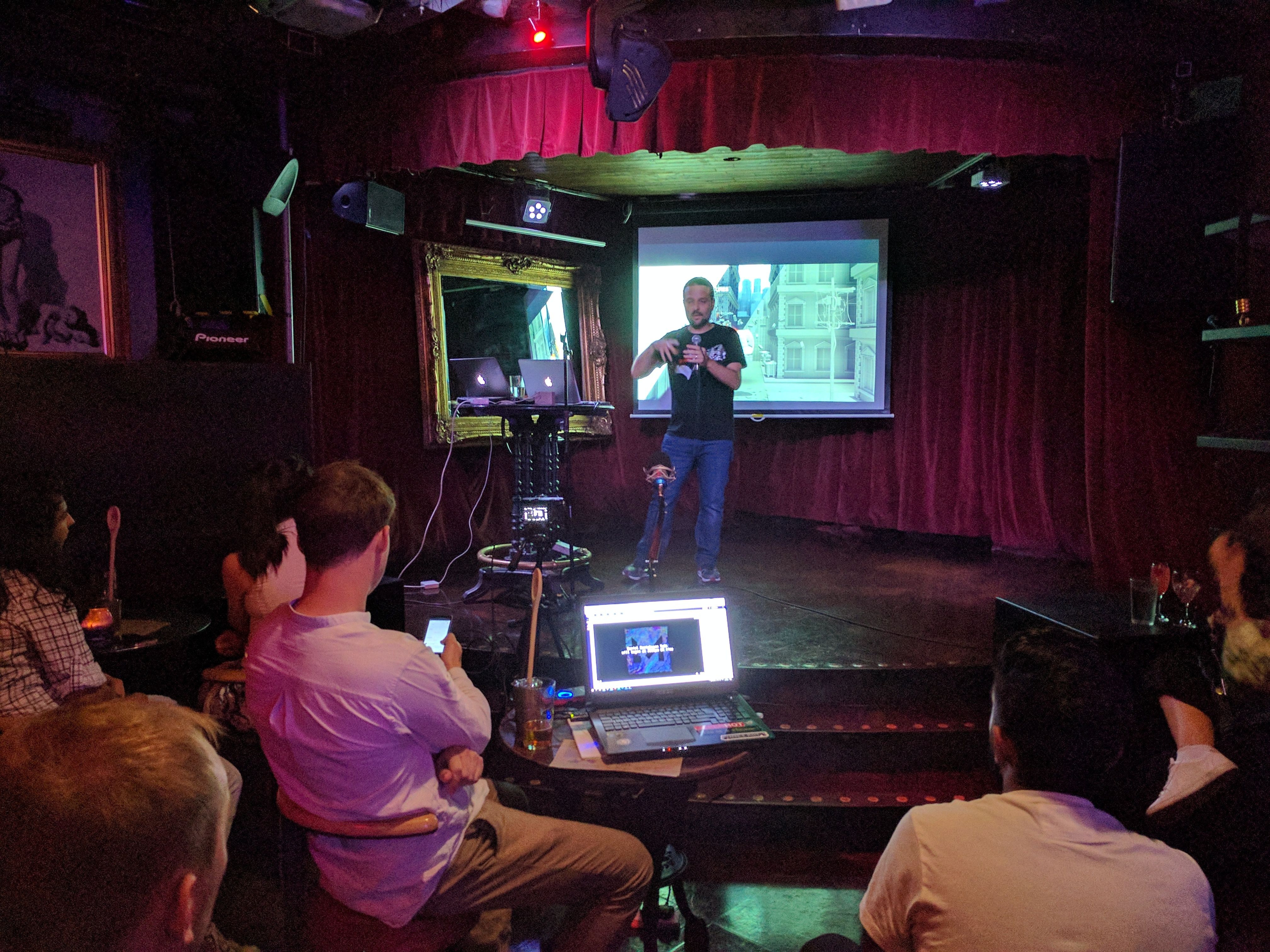 Out front, down the stairs.

We are very excited to host a London Motion Talk with some very talented speakers.

Steven Emerson: Steven Emerson is a freelance designer and animator from the United Kingdom. For over 10 years he has creatively helped many global and reputable brands.
Since graduating he has moved straight into a head of motion role in UK design and animation studio, had the opportunity to brand design the city of Belfast, been publicly ousted by deadmau5 for using a simple preset, spoken at IBC for Maxon and NextLimit and is still creating an ever-increasing amount of 3D art with his everyday project.

Golden Wolf: Golden Wolf is an Emmy-nominated studio founded in 2013 with offices in London and New York. Their work lives in the space between irreverent humor, intensely dynamic action and psychedelia.

Their unique and youthful perspective has been applied to global commercial campaigns, opening titles, music videos, AR filters, VR experiences and social media campaigns. They are passionate about creating entertaining content that creates a lasting and shareable impression. Since their inception they have quickly established a global reputation, catching the attention of major brands and networks such as Nike, Facebook, Gatorade, Disney and Adult Swim.