Hosted by
Sylvia H. and 2 others 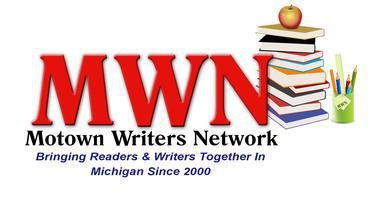 (Please forward this to a friend and bring several friends with you.)

TOPIC: Navigating the Waters - What Savvy Authors Need to Know

See ya Sat and please bring a donation to help us out.

Tumika Patrice Cain is an award-winning author, media personality, motivational speaker, and publisher whose works centers around uplifting, encouraging and empowering others to live the abundant life. She is also an accomplished poet; founder of the Say What?? Book Club; and host of the internet radio shows Living Abundantly with Tumika Patrice Cain, In The Spotlight, and Say What?? Author Spotlights. In addition, she is a respected book reviewer, a contributing writer for Fresh Lifestyle Magazine, and editor for two independent publishing companies. She’s also a former book reviewer and columnist for PEN’Ashe & BLOG Magazines. A champion for indie authors, she works tirelessly to level the playing field to bring exposure to those authors who excel at their craft, but whose marketing budgets are limited. Inkscriptions Publishing & Media Group, her publishing/media company, offers a myriad of book publishing services. Living by the motto of each one reach one, each one teach one, Tumika shares her passion for purpose and for life with all who cross her path. She is the 2013 recipient of a Spoken Word Billboard award for her debut novel, Season of Change (December 2012), a novel that has since been re-released under her imprint Inkscriptions Publishing with the new title: When a Man Loves a Woman: A Season of Change in December 2015, When a Man Loves a Woman 2: A Love Divine (April 2016); After the Rain…a Poetry Collective (March 2014) ;and The Heart of a Woman (August 2015). Also to her publishing credit is the award-winning novel, The Wanderer’s Game by author Keri D. Singleton. Tumika’s works have been published in numerous magazines, anthologies, newsletters and periodicals.

Tumika Patrice Cain is changing lives one word at a time…

Networking is key to our survival as writers and authors! This is your chance to learn, network and connect!