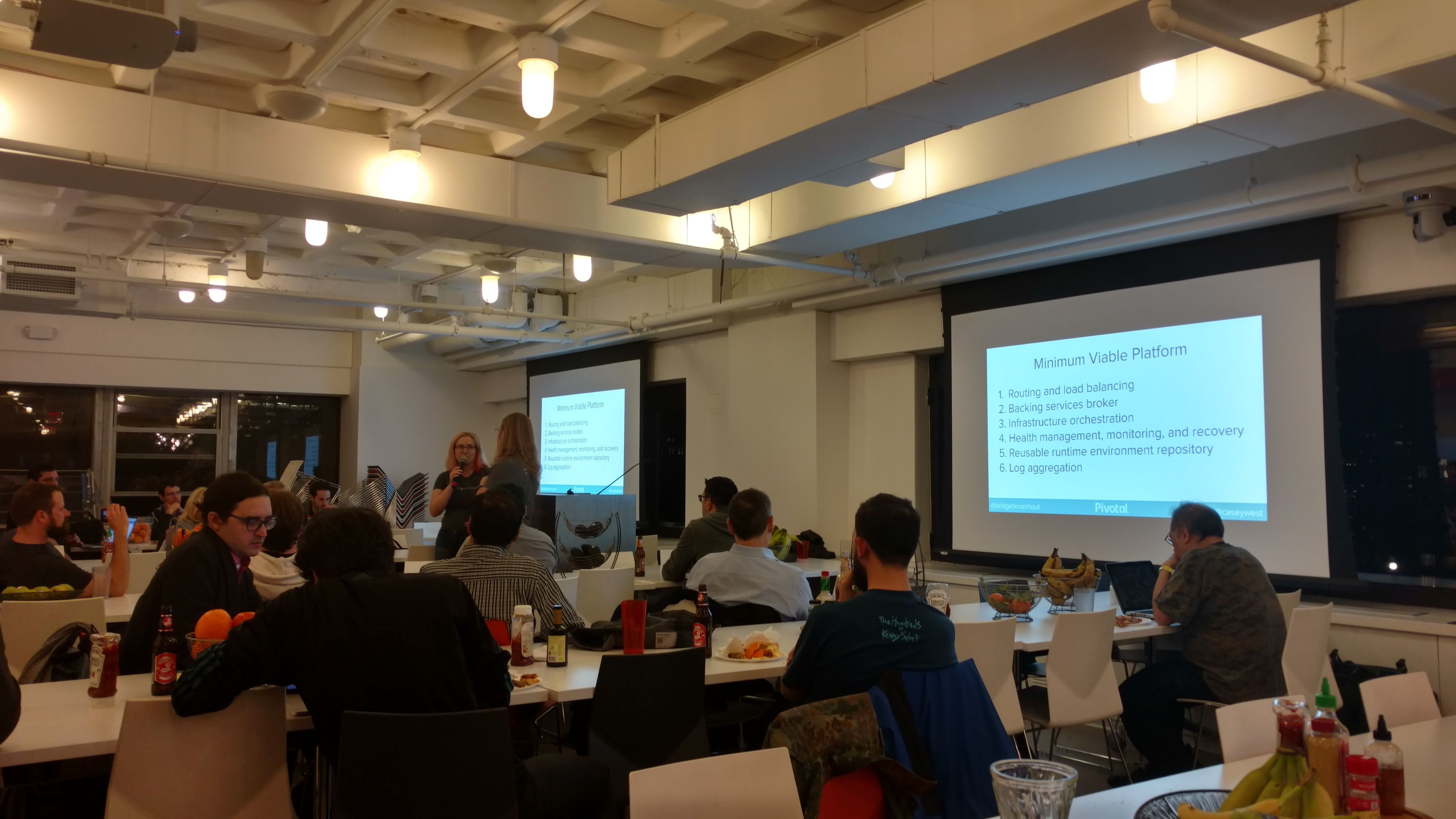 We'll be having a second meetup in October!

On the Monday of O'Reilly's VelocityNYC conference, we'll be having a special meetup colocated with the conference. You do not have to attend VelocityNYC to attend the meetup. Just come up to the Madison Suite!

Description: Introducing dnscontrol: the DNS DSL and compiler that lets StackOverflow.com treat DNS as code, with all the DevOps-y benefits of CI/CD, unit testing, and more. StackOverflow.com has a large and complex DNS configuration including many domains, complex CDN interactions, unavoidably repeated data, and more. The dnscontrol language permits us to specify our domains at a high level and leave the actual manipulations and updates to our automation. Massive changes, such as failovers between datacenters, are now a matter of changing a variable and recompiling. We've been able to address new problems with smart macros rather than manual updates. Dnscontrol is extendable and has plug-ins for BIND, CloudFlare, Route53/AWS, Azure, Google Cloud DNS, Name.Com, and more.

About the speaker: Tom is the SRE Manager at StackOverflow.com and author of Time Management for System Administrators (O'Reilly), co-author of The Practice of System and Network Administration (3rd edition just released) and The Practice of Cloud System Administration. He is an internationally recognized author, speaker, system administrator, and DevOps advocate. He's previously worked at small and large companies including Google, Bell Labs/Lucent, and AT&T. His blog is http://EverythingSysadmin.com and he tweets @YesThatTom.

WARNING: Food and drinks will not be provided at this meeting. We will go out for drinks after.