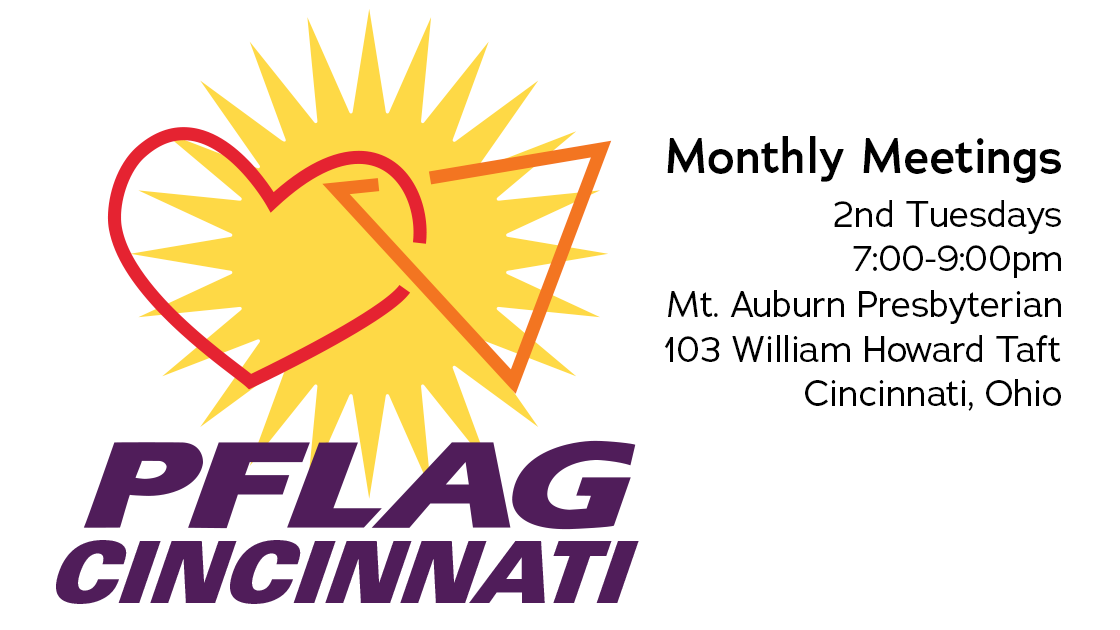 Park in the lot and ring the buzzer by the back door.

Program:
A special screening of the short film "Leelah's Highway," followed by discussion and Q&A.

"Leelah’s Highway" is a 24-minute HD documentary focusing on trans youth Leelah Alcorn. Isolated by her parents in their basement and forced to go through six months of conversion therapy, Leelah took her life on the highway near her house in Kings Mills, Ohio. She was 17.

This is the monthly meeting of PFLAG Cincinnati.

You do not need to RSVP or be a member of this Meetup group to attend this event. Just show up!

If you do choose to join this Meetup group and RSVP to this meeting, you'll have the advantage of getting notifications when new events are posted and when there are updates to event details.