An introduction to FS2 Streams by Michael Pilquist

Hosted by
Sean G. and 2 others 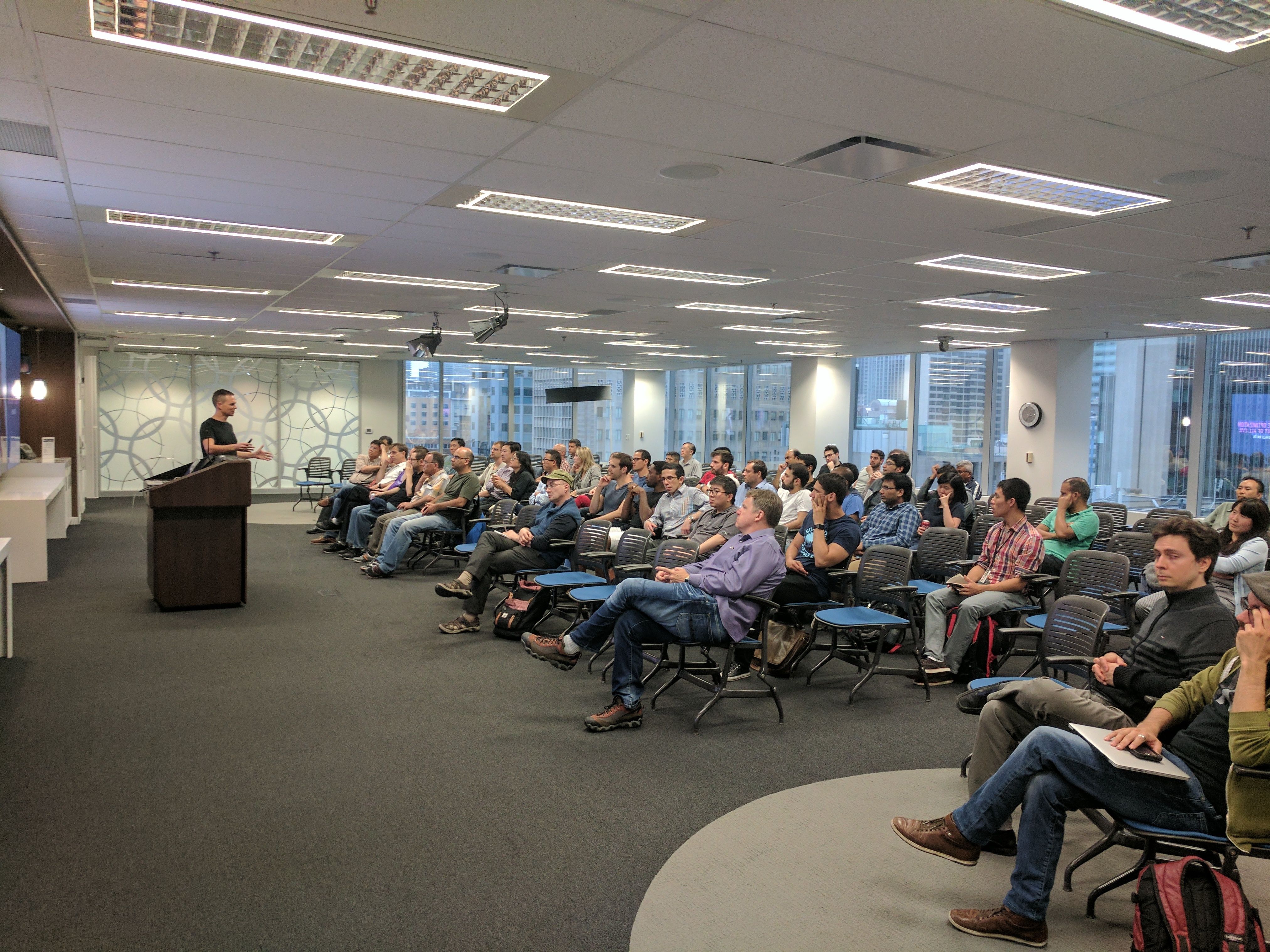 We are back in business! We are pleased to announce an event with Michael Pilquist who is one of the major contributors of the purely functional streaming library FS2 Streams. Michael will cover the essentials of Cats Effect IO and dive right into FS2 Streams. This will be a remote talk.

The 1.0 release of Functional Streams for Scala is imminent. The library was started in March 2013 by Paul Chiusano, growing out of his work on streaming in Chapter 15 of Functional Programming in Scala. A lot has happened since then including a project name change, a proliferation of IO types, and a move to Cats. In this REPL-style talk, we’ll look at a preview of FS2 1.0, covering Streams, Pulls, and stream graph composition.

The format will be similar to the FS2 screencast series: https://www.youtube.com/watch?v=cahvyadYfX8&list=PLFrwDVdSrYE6PVD_p6YQLAbNaEHagx9bW

Michael Pilquist is the author of Scodec, a suite of open source Scala libraries for working with binary data, and Simulacrum, a library that simplifies working with type classes. He is a committer/maintainer on a number of other projects in the Scala ecosystem, including Cats and FS2. He works as a Distinguished Engineer at Comcast, where he uses Scala and functional programming to build video systems. At Comcast, he adopted Scala in 2008 and has taught Scala & FP to many teams at the company.