Walk Jersey City to Weehawken and Dinner in Hoboken 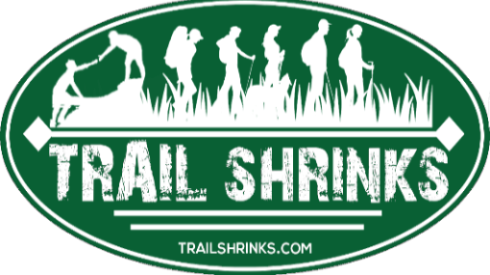 This will be a walk to Weehawken or close to Weehawken and then a stop at a great restaurant . We will start our walk in the daylight but have the pleasure of walking back and view the beautiful NYC skyline. We will do this once a month. Then the walk back to Jersey City, NJ, The Walkway covers 18.5 linear miles from Bayonne to the George Washington Bridge. The Walkway design is governed by a set of standards and can be found under Reference Documents (http://www.hudsonriverwaterfront.org/index.php?option=com_content&view=article&id=20:reference-documents&catid=5:consvcat&Itemid=19).

We are using Google Maps as the platform for tracing the walkway.

Please note that The Hudson River Waterfront Conservancy is not responsible for any comments or pictures posted on Google Maps.

(If the map layers don't line up correctly, hold down the shift key and click the refresh button of your browser to clear the cache memory.)

The Walkway (WW) map was updated in Sep. 2016 to reflect the following:The WW at Veterans Field Park, Edgewater is completed.The removal of the Hess oil tanks & its redevelopment in Edgewater changed "no access" to "planned".Edgewater has completed a section of the WW at I-PARK, south of Main Street.The WW connecting North Bergen & Guttenberg is completed.Two sections in Jersey City by the Colgate Clock changed to "completed".The WW at the western end of the Morris Canal by Liberty State Park is now completed to the footbridge.Along the Navy Pier in Bayonne, one short segment is completed and segments are "planned" to its east and west.The Walkway map was updated in 2013 to show minor changes and corrections in Edgewater's I-PARK Development, City Place/Promenade and Veterans Field Park.The Walkway map was updated on 6/6/12 to reflect completion of additional segments of the Walkway, including Weehawken Cove connecting Weehawken and Hoboken, Steven’s Institute in Hoboken and the Moorings condominiums in Edgewater. With these latest completions it is now possible to walk or bike from Goldman Sachs in Jersey City to the northern end of North Bergen, over seven miles. Several additional segments are under construction including The North Bergen/Guttenberg Park, Veteran’s Park in Jersey City, Veteran’s Park in Edgewater and I-Park in Edgewater(the old Unilever Research property). The Goal of a continuous Walkway from the Bayonne Bridge to the George Washington Bridge gets closer every year.

A description of the walkway from Exchange Place in Jersey City to The George Washington Bridge. (http://www.hudsonriverwaterfront.org/index.php?option=com_content&view=article&id=90%3Awalkway-from-exchg-place-to-gwb&catid=5%3Aconsvcat&Itemid=1)

Temporary Walkway closure in Jersey City - between Park Lane South and a point just north of the existing Port Authority Pier from December 2015 until May 2016 and from September 2016 until January 2017. See DEP's Letter (http://www.hudsonriverwaterfront.org/documents/NewportWalkwayClosureletter.pdf) on closure.

Don't miss out on amazing views of the city.