Type Brigade №25: An Evening with The Crans 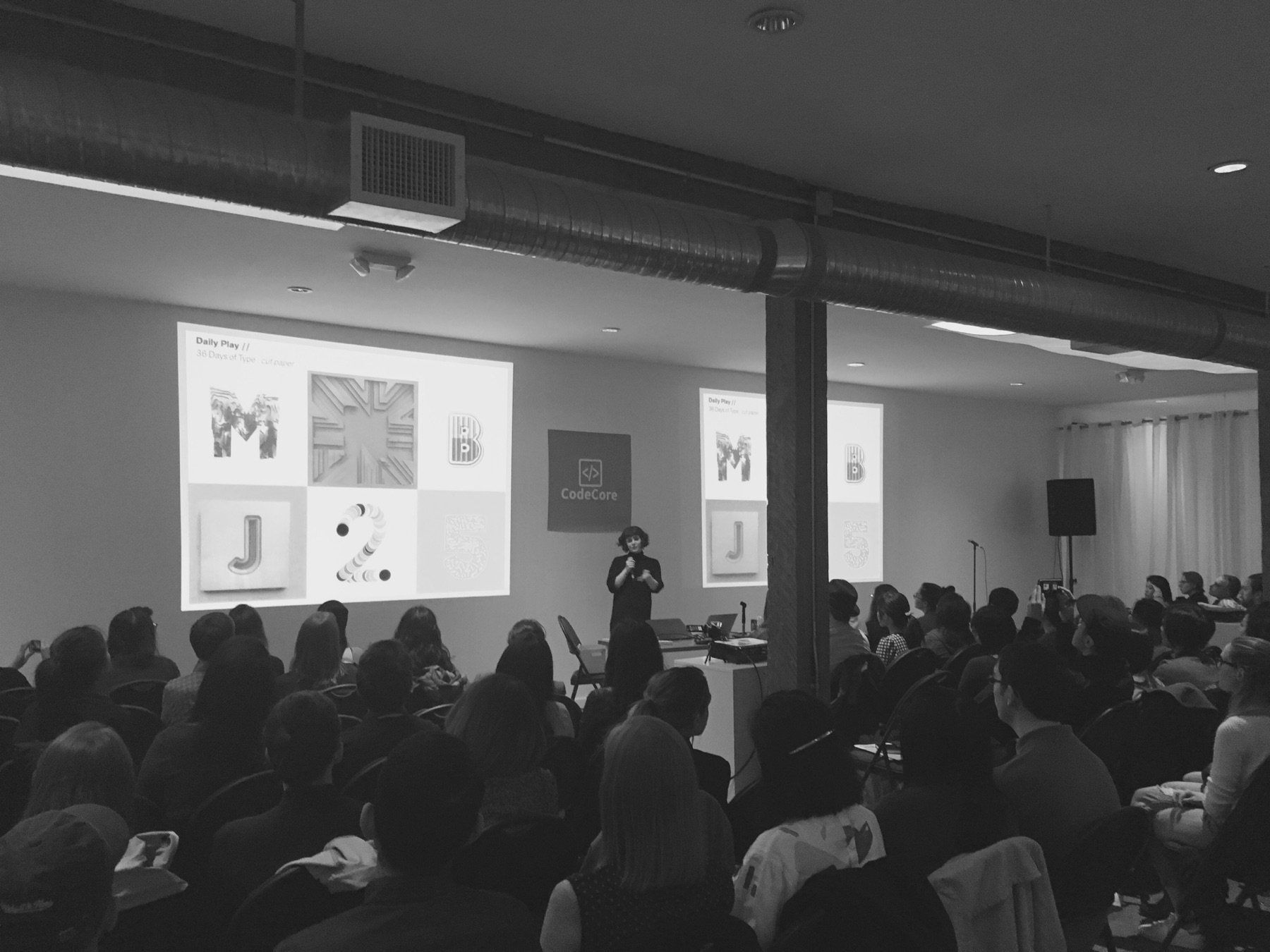 Look for the Chintz & Co. building and take the staircase on the left. You'll see the entrance for Mobify up the stairs.

• No admittance during talks

Every other month, Type Brigade hosts one typography and one type design talk. We’re following up our special event with Bruno Maag (http://bruno-maag-talks-type.eventbrite.com/) right away with Type Brigade №25.

I'll talk about my experiences before and after I became a designer, and how those experiences influenced my life today. I'll also share and discuss some of my work.

Cade Cran (http://twitter.com/cadecran) was born into a family of Tattoo Artists and Designers, and has found his own outlet in Graphic Design. With cultural influences ranging from Comic Book illustrations to Tattoo Art, Cade brings a crisp modern aesthetic into his Identity Design and Illustration projects. Cade is also a contributor to The Lost Type Co-Op (http://losttype.com). When not designing, Cade can be found cruising around in his 1964 Ford Falcon 4-Door, listening to Motown.

I'll be discussing my background, the work that I've done on my own, as well as the back story surrounding Lost Type (http://losttype.com/). I’d also like to talk a bit about the development of my next typeface.

Riley Cran (http://twitter.com/rileycran) is a Graphic Designer and the co-founder of the influential Lost Type Co-op (http://losttype.com/). With a strong focus in Identity Design, Packaging and Illustration, Riley’s work has been featured in HOW magazine, Commercial Arts and the American Institute for Graphic Arts.

David will be speaking about the shift from analog work to digital work over the course of his career that spans 3 decades in Design, Printing and technology.

David Cran (https://twitter.com/davidcran) is a Graphic Designer with more than 25 years experience based in the Pacific Northwest. With a specialty in Identity design, packaging and Illustration work, David combines nostalgic vintage aesthetics into modern functional results.

We signify each Type Brigade with a new set of custom-lettered numerals. Our “25” numeral was custom designed by ice cream fanatic Cade Cran (https://instagram.com/cadecran/), especially for us. The numerals are inspired by the speedometer on his Falcon (http://losttype.com/blog/2014/06/18/1964-ford-falcon-typography/).

Mobify kindly lets us use their headquarters. They’re always welcoming, and also hiring! Learn more about careers at Mobify (http://www.mobify.com/jobs/).

Our friends at Port Paper Co. are sponsoring this event’s print. They are a impressive, custom letterpress studio and producer of fine paper goods. Print like it's 1450 all over again! (http://www.portpaperco.com/)

If you or your company is interested in sponsoring drinks at this meetup, or being part of a future event, send me an email at [masked] .

We’ll be photographing and potentially filming during the meetup. The photos and video clips may be published on the Type Brigade websites or circulated to promote future meetups. If you have questions or concerns about that, please contact Kenneth at [masked] .

Soda and beer are both available at the event, making it 19+ with minors not permitted. If you are under 19 and hoping to attend, or have any questions about this, please contact Kenneth as early as possible: [masked] .

After the talks, we’ll walk to a nearby venue for food and drinks, and to continue our conversations. We’d love for you to join us!

Type Brigade is a professional event with no tolerance for harassment. We strive to create a welcoming, safe environment to learn, which we commit to through our attendee, organiser, speaker, and sponsor Code of Conduct (http://typebrigade.com/code-of-conduct).

See you at the event!