U.S. Coast Guard Auxiliary Flotilla 49 is your local Auxiliary group, based in the West Chester/Paoli PA area. Our Flotilla was Chartered 5/10/1972. We meet monthly (4th Thursday 7:30 pm) at the Paoli Presbyterian Church on South Valley Road in Paoli. During COVID-19 Pandemic, we meet online via ZOOM.

All welcome. Guests can RSVP to: jackmorrison-uscga49@verizon.net . Annual Dues: $50.00

About the U.S. Coast Guard Auxiliary

Tens-of-thousands of men and women of the U.S. Coast Guard Auxiliary (the Auxiliary) have spent millions of volunteer hours helping the U.S. Coast Guard (the Coast Guard) carry out its mission. They have saved countless lives through their work and are probably best known for their boating safety classes and Vessel Safety Checks.

Here we present a broad knowledge of the Auxiliary, as we become an increasingly important member of "Team Coast Guard" - the combined Active, Reserve, Auxiliary and Civilian components of the Coast Guard.

When the Coast Guard "Reserve" was authorized by act of Congress on June 23, 1939, the Coast Guard was given a legislative mandate to use civilian volunteers to promote safety on and over the high seas and the nation's navigable waters. The Coast Guard Reserve was then a non-military service comprised of unpaid, volunteer U.S. citizens who owned motorboats or yachts.

When America entered World War II, 50,000 Auxiliary members joined the war effort. They guarded waterfronts, carried out coastal picket patrols, rescued survivors from scuttled ships and did anything else they were asked to do. Many of their private vessels were placed into service.

As for Education, the Auxiliary teaches boating safety to recreational boaters of all ages.

The Auxiliary has members in all 50 states, Puerto Rico, the Virgin Islands, American Samoa, and Guam. Membership is open to men and women, 17 years or older, U.S. citizens of all states and territories, civilians or active duty or former members of any of the uniformed services and their Reserve components, including the Coast Guard. Facility (radio station, boat or aircraft) ownership is desirable but not mandatory. 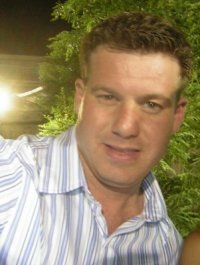 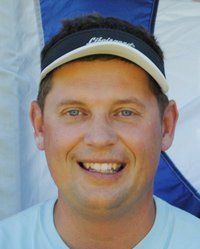 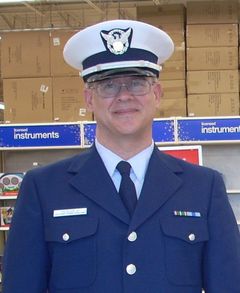 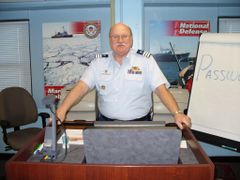 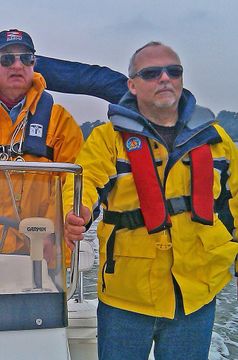 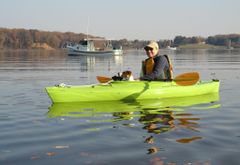