Hosted by
Keram M. and Chrissy A. 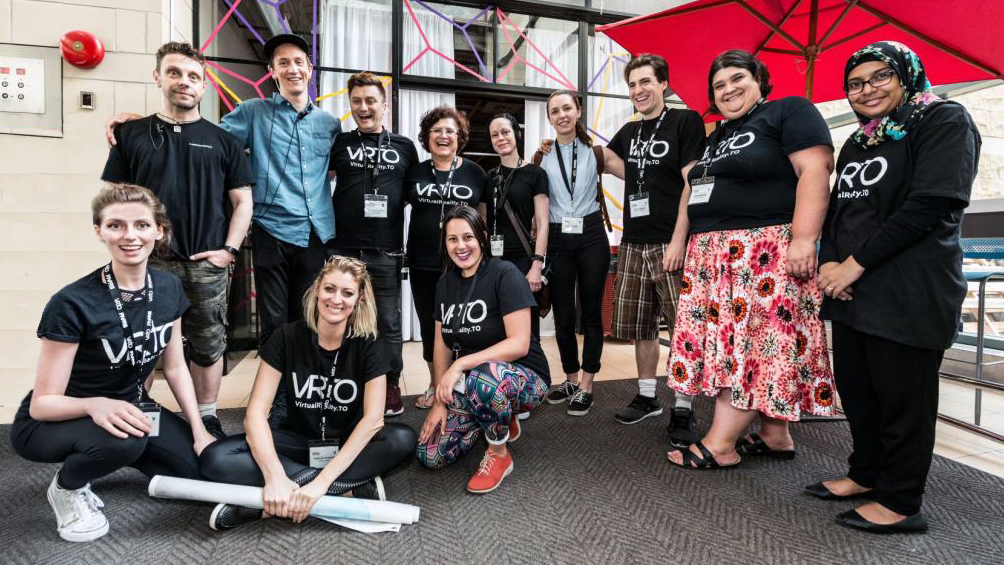 [NOTE: The following is for information and networking purposes only. A separate ticket must be purchased via Eventbrite when available. RSVPing to this Meetup in no way grants access to the event or secures a ticket.]

Tickets will be limited.

Canada’s leading international Virtual and Augmented Reality Conference is back for its fourth year in Toronto.

This year VRTO will feel like a mastermind symposium for the leaders and new stars to this powerful new medium. A recalibration after the 5 year wave unlike any other VR or AR conference.

Does this mean we will launch banana splits out of a cannon? Probably not. But hey, you never know...

VRTO - Virtual and Augmented Reality World Conference is a unique forum for philosophers, ontologists, creators, and technologists to come together under one roof and work towards developing a framework and process to contend with the insane pace of today’s technology.

From media moguls to psychedelic researchers, from Stanford academics to Brooklyn Activists, VRTO introduces the media veterans to the fresh new minds and creates an environment where new pathways can be forged. These are the conversations you won't find anywhere else!

Toronto is an incredible tech hub. With five universities nearby and the future home of Alphabet’s Sidewalk Labs Smart City, there are brand new ideas and daring new adventurers exploring this future space.

With groundbreaking talks, roundtable discussions, experimental workshops, and structured networking events, VRTO is not a conference to be missed.

Here's just a very early sneak peek at #VRTO2019 speakers (subject to change and some big announcements to follow):

Now save the date and get your tickets!
https://conference.virtualreality.to