UNLESS ADVISED OTHERWISE IN THE EVENT DETAILS, ALL EVENTS ON THIS SITE WILL BE ON-LINE.

Wessex Hub Science Group is a place where anyone is welcome to explore and debate the latest ideas in science and technology.

You can join this Meetup group free of charge to receive email notifications via Meetup of any science and technology talks, debates and lectures that we hear about in the local area.

In the past we have ran our own monthly free talk and discussion meetings with an invited speaker on the last working Monday of every month (except in December). As the group no longer has a meeting venue, the events on this site will be online only unless advised otherwise in the details.

We aim to provide members with information about a wide range of events that may be of interest. We include on the web site details of online science talks and meetings across the Wessex region.

Please note that this year’s Fairbrother Lecture will be delivered as a pre-recorded film that can be viewed online at any time after its release on Tuesday 11 May.

This lecture is NOT being given as an online talk in real time ... it has been pre-recorded for release on 11 May. This means you can watch the talk at whatever time is most convenient to you. Unfortunately this also means there will be no opportunity for interaction ... but I thought the subject looks interesting.

SUMMARY
Language is frequently in the headlines, from worries about people speaking too many languages or too few, to questions of whether bilingualism protects against cognitive decline in later life. Bilingualism has featured prominently in language debates, with stories often over-simplifying a more complex picture.

Join former Reading doctoral researcher Toms Voits on a journey through the uniqueness and complexity of the human brain’s capacity for language. Learn more about the ways in which two or more languages co-habit within a single mind, how processing allows languages to compete and co-operate, and the much-debated effects of bilingualism on mind and brain. With a focus on research on bilingualism in older adults, this film will examine some of the complexities that need to be unpicked in order to understand relationships between ageing, cognitive health and language.

THE FAIRBROTHER LECTURE
The Fairbrother Lecture is an annual Graduate School event at which a Reading doctoral researcher presents their research to a wider audience.

Register on Gresham web site
Gresham College's 130 annual lectures and events are free and open to all. The College has been recording its lectures since the 1980s and we live stream all lectures for those unable to attend in person. There are now over 2,000 lectures freely available online on this website and on YouTube.

Could AI replace stand-up comedians and scriptwriters? This may not be an impossible dream if you accept that nothing we do is forever beyond the scope of computer modelling.

This lecture explores attempts to create jokes from rules, and programs that create not-quite-relevant responses that hearers can make meaningful and comic. Will computers ever tell good jokes?

ADVANCE BOOKING REQUIRED FOR THIS FREE TALK AT THE ADDRESS BELOW:

SPEAKER Yorick Wilks is Visiting Professor of Artificial Intelligence at Gresham College. He is also Professor of Artificial Intelligence at the University of Sheffield, a Senior Research Fellow at the Oxford Internet Institute, and a Senior Scientist at the Florida Institute for Human and Machine Cognition. Professor Wilks is especially interested in the fields of artificial intelligence and the computer processing of language, knowledge and belief. His current research focuses on the possibility of software agents having identifiable personalities.
Professor Wilks's lecture series are as follows:

2019/20 The State of Artificial Intelligence: War, Ethics and Religion

2018/19 The State of Artificial Intelligence: Hype vs Progress

ADVANCE REGISTRATION VIA ZOOM IS REQUIRED - LIMITED TO 96 PARTICIPANTS

SUMMARY
Einstein said, "Imagination is more important than knowledge." Turing said, "Sometimes it is the people no one can imagine anything of who do the things no one can imagine." This presentation describes the speaker's journey to use the Einstein and Turing observations as inspirations to solve a fifty-year-old puzzle in theoretical physics.

SPEAKER
Sylvester James “Jim” Gates, Jr., is an American theoretical physicist. He received his Ph.D. degree from the Massachusetts Institute of Technology. He is well known for work in supersymmetry, supergravity and string theory, as well as for his advocacy for science and science education in the United States and abroad. He held a number of prestigious positions first at the University of Maryland and after 2017 in Brown University.

Gates served on the U.S. President’s Council of Advisors on Science and Technology from[masked]. He has been elected in numerous Societies and Academies and is a past president of National Society of Black Physicists and the current president of the American Physical Society. He received the 2011 National Medal of Science, the highest award given to scientists in the USA.

For more information regarding this event, please email Barbara Seiter at [masked].

This talk is part of the public UEA London Lecture Series.

Health care is a 24/7 business, with NHS staff routinely working through the night. This type of working is not normal for humans, and some people never truly adapt. How do we keep staff and patients safe?

In this lecture, Prof Kristy Sanderson will explore possible solutions from the latest in sleep science, from chronotype-matched shift scheduling to wearable bright light therapy.

PRIOR REGISTRATION IS REQUIRED: 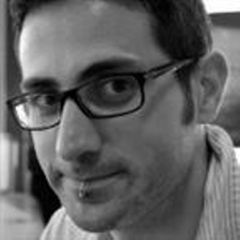 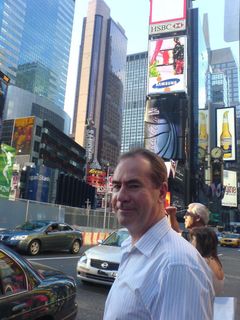 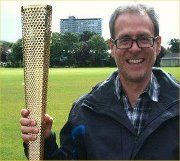 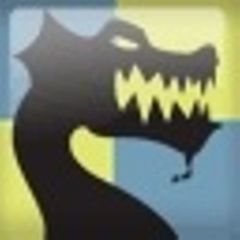 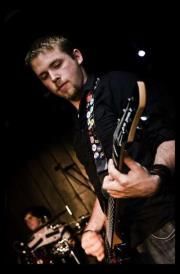