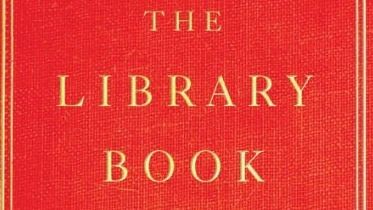 After the movie we will meet in the Lobby and we will walk to Panera, to discuss the book and the movie

Page to Screen: Where the love of books and movies meet. We will read the book, watch the movie and discuses both over coffee or a meal. (Theater location and movie time will be announced the Wednesday prior to the meet up event)

Summary:
A misanthropic matriarch leaves her eccentric family in crisis when she mysteriously disappears in this whip-smart and "divinely funny" novel that inspired the movie starring Cate Blanchett (New York Times).

Bernadette Fox is notorious. To her Microsoft-guru husband, she's a fearlessly opinionated partner; to fellow private-school mothers in Seattle, she's a disgrace; to design mavens, she's a revolutionary architect; and to 15-year-old Bee, she is her best friend and, simply, Mom.

Then Bernadette vanishes. It all began when Bee aced her report card and claimed her promised reward: a family trip to Antarctica. But Bernadette's intensifying allergy to Seattle--and people in general--has made her so agoraphobic that a virtual assistant in India now runs her most basic errands. A trip to the end of the earth is problematic.

To find her mother, Bee compiles email messages, official documents, and secret correspondence--creating a compulsively readable and surprisingly touching novel about misplaced genius and a mother and daughter's role in an absurd world.