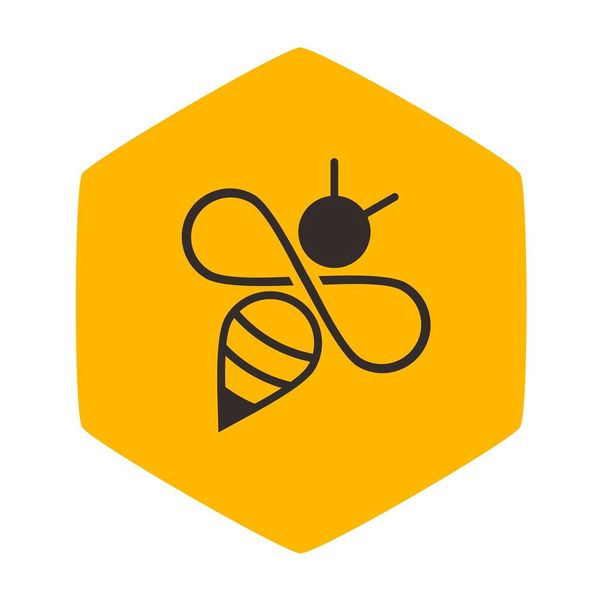 Organized by April A.


Welcome to the group. We’re excited to bring you the latest happenings in AI, Machine Learning, Deep Learning, Data Science and Big Data.

Our goal is to congregate with data enthusiasts from all over the Bay Area, exclusively online and discuss trending topics in the world of AI. We also regularly invite esteemed industry influencers and thought leaders who talk shop on all things data science.

We are a professional organization for AI practitioners in Silicon Valley. We aim to bring together data scientists, engineers, and business people working in AI and the big data area. We host seminars, interactive group meetings, and mentoring sessions. We provide an exchange platform for big data professionals to share their experiences, learn about the newest technologies and explore potential startup opportunities. Join us today. Find like-minded people in AI and grow your career and AI and big data business with us.

Sound like a good time? Then come visit our HQ in Santa Clara and get the chance to contact with our community.

If you’d like to speak at future meetups, co-promote your meetup or inquire about sponsorship opportunities, please reach out to our organizers

Thank you for advancing the future of data science,

Healthcare is often cited as one of the promising areas for machine learning. Healthcare workers are overwhelmed with large amounts of new data becoming available, but are often forced to use antiquated tools to manage that data and make decisions. In this talk, Dave DeCaprio from ClosedLoop.ai will discuss some of the challenges to achieving the promise of machine learning in healthcare, along with some practical approaches he has used to overcome these challenges during his 15 years of data science work in the industry. In particular, Dave will cover how to communicate accuracy and demonstrate the real-world impact in healthcare, and how to address explainability for predictive models. Examples will be drawn from healthcare, but many of the lessons are generally applicable. Who Should Attend Some technical material will be covered, but the talk is targeted at both data scientists who create predictive models and the nontechnical stakeholders who are responsible for ultimately using them. Agenda: 4:50 pm - 5:00 pm Arrival and socializing 5:00 pm - 5:10 pm Opening 5:10 pm - 6:50 pm Dave DeCaprio, "Practical Machine Learning for Healthcare" 6:50 pm - 7:00 pm Q&A About Dave DeCaprio: Dave is the co-founder and CTO of ClosedLoop.ai - Healthcare's Data Science Platform. He has over 20 years of experience transitioning advanced technology from academic research labs into successful businesses. His experience includes genome research, pharmaceutical development, health insurance, computer vision, sports analytics, speech recognition, transportation logistics, operations research, real-time collaboration, robotics, and financial markets. Dave has been involved in several successful startups as well as consulting and advising both small and large organizations on how to innovate using technology with maximum impact. As part of the Human Genome Project, he was responsible for mapping all known biology onto the newly developed genome sequences. At Bluefin Labs, acquired by Twitter in 2014, he helped the founders recruit a team and go from concept to launch with the NFL in 13 weeks. At GNS Healthcare, he led the development of their first in the class causal machine learning platform. Dave graduated from MIT with a degree in Electrical Engineering and Computer Science and currently lives in Austin, TX. https://bit.ly/ML-Healthcare-ME Webinar ID:[masked]

Magnimind Academy presents AI Talks in Healthcare. We are starting a new talk series where we will host top AI experts in different fields of data science, biotech, and medicine. You will have a chance to learn the most recent trends in the field which may inspire you to transition to take an initiative as a data scientist. In this webinar, we will be listening to speakers from top AI companies in the healthcare field, and one of the best universities in the world. Next talk, we are going to have our sixth "AI Talks in Healthcare" webinar. We will host Joyonna Gamble-George who is AAAS Science and Technology Policy Fellow at the National Institutes of Health. About the speakers: Joyonna Gamble-George: Joyonna Gamble-George, Ph.D., is a public health professional and a neuroscientist that has studied potential drug therapies for Alzheimer's disease and affective disorder pathology and the molecular and synaptic consequences of drug abuse and addiction and HIV-1 infection. In her current role as an AAAS Science and Technology Policy Fellow at the National Institutes of Health, she is an expert science advisor for doctors, psychologists, nurses, and other scientists all over the United States that conduct implementation science research on chronic heart and lung diseases and mental health in vulnerable populations, such as people living with HIV. She is also the co-founder and the Chief Scientific Officer of SciX, a biotech Internet of Things software applications and device development company searching for data science-based methods to combat brain disorders and other health issues. Chirag Patel: Clinical assistant professor of neurology (division of neuro-oncology) and radiology (molecular imaging program) at Stanford University School of Medicine. He earned BS/MSE degrees in biomedical engineering from Johns Hopkins University prior to completing MD/PhD training at the University of Texas MD Anderson Cancer Center UTHealth Graduate School of Biomedical Sciences and John P. and Kathrine G. McGovern Medical School. After adult neurology residency at UCLA, he completed his training at Stanford as a postdoctoral fellow in molecular imaging and clinical neuro-oncology fellow. His lab investigates the mechanisms of action of alternating electrical fields therapy (TTFields) in glioblastoma as a means to improve the delivery of therapies to brain tumors. Ryan Spitler: Dr. Spitler is the Deputy Director of the Precision Health and Integrated Diagnostics Center (PHIND) and Canary Center for Cancer Early Detection at Stanford University. He completed his Post Doctorial Research Fellowship at Stanford University School of Medicine in radiology, conducting research in the field of Magnetogenetics for remote-controlled cellular reprogramming and developed smart MRI diagnostics tools for oncology. Additionally, Dr. Spitler completed executive training programs at Stanford school of business as well as the Biodesign program. He has also developed a number of new approaches working across several scientific areas ranging from medical devices, gene therapies, and digital health. Murat Baday: Dr. Baday CEO of Magnimind Academy and Chief Strategy Officer at Smartlens – a clinical-stage medical technology company that envisages the prevention of blindness due to Glaucoma. He is passionate about everything related to data science, education, and entrepreneurship. He is several research studies in Startups and Stanford university in the areas of Diagnostics, Imaging, Cancer, and Ophthalmology. He has numerous publications and patents in these areas. Dr. Baday obtained his Ph.D. in Biophysics from the University of Illinois at Urbana-Champaign and his M.S. in Physics from the University of Pittsburgh. Later, He has been continuing his studies at Stanford University School of Medicine as a Scientist since 2013. https://us02web.zoom.us/webinar/register/WN_kCT2BJJHSM2Iwj68u6YN2g Webinar ID:[masked]

This class is targeted at aspiring programmers who are learning their first programming language. It may be appropriate for programmers who currently at beginner-intermediate level in another programming language, and want to get a jump start in learning Python. Such students will also clarify their understanding of what aspects of programming languages are broadly shared among languages, and which are idiosyncratic to whatever language they already speak. The majority of this course is dedicated to learning foundational aspects of programming. However, it is often easier to elucidate these through concrete examples. Many of the examples are geared towards applications in analytics, statistics, and artificial intelligence. This focus skews the class slightly, but students will still build a strong enough foundation to learn domain specific skills. It also means, a little bit of prior statistics knowledge will be helpful during the last two classes. Students who take this class will be able to: ●Identify and describe the foundations of all programming languages, especially the use of: -Variables, -Common data processing techniques, -Control flow, -Functions, -Scope, -Imports, libraries, and APIs ●Use Python to import and process data. ●Work with libraries and APIs in Python. ●Use Python libraries to create charts and graphs. ●Describe artificial intelligence and machine learning at a high level. ●Use Scikit Learn to perform ML tasks. Your learning experience will be supported by office hours and a Slack channel, where you can ask your questions and get help when you got stuck. Schedule: August 25 and September 1 – 8 – 15 – 22 Tuesdays, from 4 pm to 6 pm (PST) What You’ll Learn in these 10 hours? ● The Big Picture and The Very Basics ● Complex Data and Control Flow ● Functions and Classes ● Working With Libraries and APIs Part 1 ● AI/ML In Python ● Kaggle Challenge Presentations Application: You can apply through our website: https://bit.ly/PythonML-Bootcamp-G

April A.
April A. 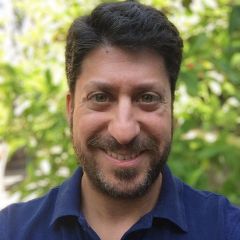 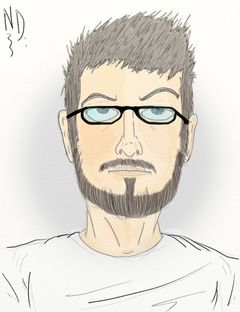 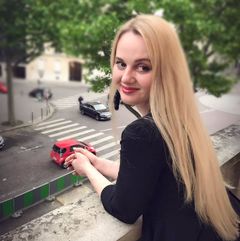 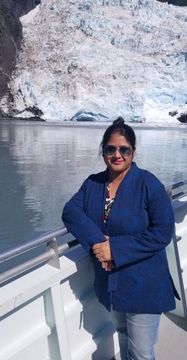 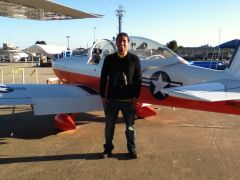 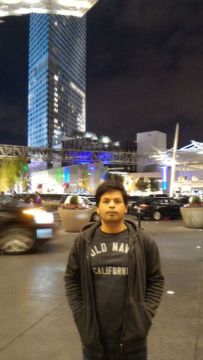 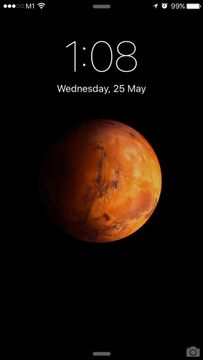 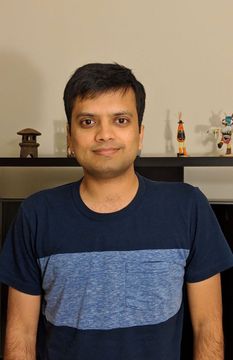