This is a group interested in the Arduino platform to build interesting and unique devices. We meet in Bend and are part of the developing Maker Movement here. Everyone interested is welcome to join our group. Arduino is an open-source electronics prototyping platform based on flexible, easy-to-use hardware and software. It's intended for artists, designers, hobbyists, and anyone interested in creating interactive objects or environments.

Arduino Information
Arduino is an open-source electronics prototyping platform based on flexible, easy-to-use
hardware and software. It's intended for artists, designers, hobbyists, and anyone
interested in creating interactive objects or environments. Arduino is an imbedded
microcontroller best used for a dedicated purpose with an easy interface to the physical
world. One Million Arduino units sold world-wide in 7 years.
The Arduino environment www.arduino.cc was created to allow artists and designers, people without
advanced electronics knowledge, to build affordable things that were previously too complicated and
expensive for anyone outside of the professional electrical engineering domain. Arduino is based on
the inexpensive but powerful ATMEL family of embedded controller chips.
Arduino is a complete development environment which means it has its own Integrated Development
Environment (IDE), text editor, compiler, development board with many input/output channels to
connect to a huge number of external sensors and physical world output devices. The Arduino IDE is
free to download from www.arduino.cc.
Since 2006, there has been over a million sales of Arduino boards world-wide and an estimated $100
million in sales of devices, accessories and components. Arduino has become the flagship economic
engine that has built the Maker Movement. Arduino is used in many educational programs around the
world, particularly by designers and artists who want to easily create prototypes but do not need a
deep understanding of the technical details behind their creations. Because it is designed to be used
by nontechnical people, the software includes plenty of example code to demonstrate how to use the
Arduino board’s various facilities.
Though it is easy to use, Arduino’s underlying hardware works at the same level of sophistication that
engineers employ to build embedded devices. People already working with microcontrollers are also
attracted to Arduino because of its agile development capabilities and its facility for quick
implementation of ideas. Arduino is best known for its hardware, but you also need software to
program the hardware. Both the hardware and the software are called “Arduino”. The combination
enables you to create projects that sense and control the physical world. The software is free, opensource,
and cross-platform (works on Windows , Mac OSX and Linux). The boards are inexpensive to
buy, or you can build your own (the hardware designs are also open-source).
Arduino has become popular because it is an exceptional platform for teaching the basics of
programing and basic electronics because it allows the student to see immediate results of their work.
Arduino is a platform that provides insight into technology because it is made up of strong components
of programming and basic electronics There are many features of the Arduino platform that facilitate
'rapid prototyping'. We have seen that rapid prototyping generates creativity in developing new
devices.
Arduino is designed to easily interface with the physical world unlike your friendly general purpose
home computer which interface with a mouse and a keyboard to humans and hooks up the the
internet very well but it is rather difficult and expensive to connect to your cellphone, garage door or
control your air conditioning system and a multitude of input/output devices that comprise the real
world of 'physical computing'.
How to get started with Arduino.
1. You can buy an Arduino Starter Kit from many sources online and locally at Radio Shack.
Starter kit prices range for $30 to $100. All kits have the basics; an Arduino Uno board, a USB
cable and a solderless breadboard with some easy-to-connect wires for hooking up basic
circuits. The prices vary due to the additional accessories provided in the kit. Some of the
better known and trusted online sources for Arduino Starter Kits are: Sparkfun
http://www . sparkfun .com /, Adafruit http://www.adafruit.com/, Makershed
http://www.makershed.com and the Arduino web site www.arduino.cc
2. All of the three major online retailers listed above have figured out that providing well-written
tutorials for customers is an excellent way to market and promote sales of Arduino stuff. These
three major retailers compete to have the best tutorials and as a result there is a huge amount
of free training information on their websites.
3. Two of the best independent Arduino tutorial/project sites sites are: Tronixstuff.com
http://tronixstuff.com/2010/04/04/getting-started-with-arduino-chapter-zero/ and Instructables
http://www.instructables.com/
4. There are many books on the subject of getting starting with Arduino that can be found at
major book stores or Amazon.com. Four of the best are: Getting Started with Arduino by
Massimo Banzi, http://shop.oreilly.com/product/0636920021414.do, Programming Arduino by
Simon Monk,http://www.amazon.com/Programming-Arduino-Getting-Started-
Sketches/dp/0071784225, Arduino by Jeremy Blum, http://www.amazon.com/Exploring-
Arduino-Techniques-Engineering-Wizardry/dp/1118549368.
5. YouTube has many video tutorials and project on the subject of arduino. One of the best series
of Arduino tutorials is by Jeremy Blum, http://www.youtube.com/watch?v=fCxzA9_kg6s.You
can search 'Arduino' on YouTube to find many more with varying degrees of quality.
6. Checkout the Arduino website www.arduino.cc which is loaded with tons of information for
beginners to get started with Arduino.
7 Join the Bend Arduino Group http://www.meetup.com/Bend-Arduino-Group/
The Bend Arduino Group has been operating for several months and we
have 60 members We meet every other Wednesday evening and there is
no charge for the events. Several of our most active members are father
and teenage son teams. We provide a basic course for beginners that
have no previous technical experience and an advanced users group
working on design projects of their own. We frequently have experts come
in and speak on interesting Arduino-related subjects. Many of our
members are experienced programmers who are gaining knowledge in
hardware technology. Some are people with an interest in just
understanding how all this technology around us works and many want to
design innovative devices of their creation.
David Robson
Organizer
Bend Arduino Group 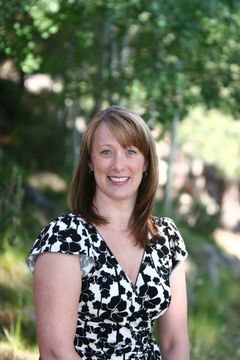 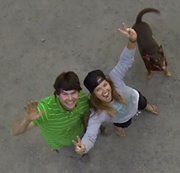 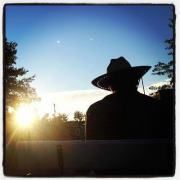 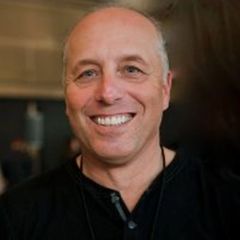 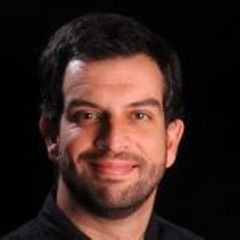 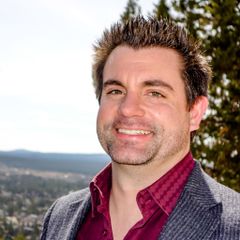 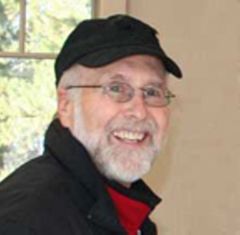