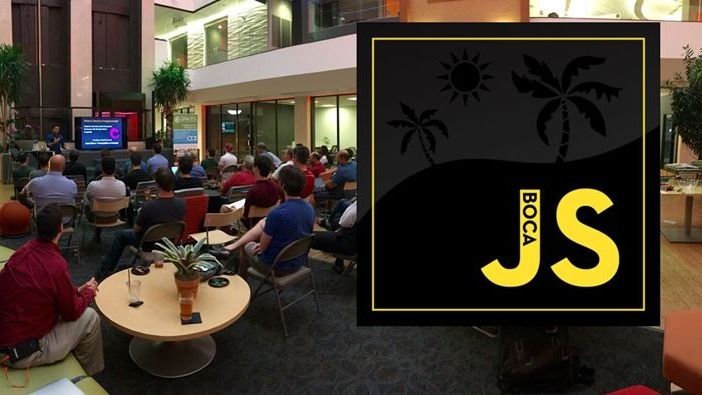 Cendyn Spaces, in the Atrium

CodeStream revolutionizes the software development process by allowing programmers to collaborate on writing, debugging and optimizing source code in real-time through team chat built right into their favorite IDE.

The idea of CodeStream is in response to our thesis that software developers suffer from "heads-down" syndrome and too often try to learn or solve problems in isolation, rather than communicating specifically about written, or about-to-be-written, source code.

They believe that by making it super-simple and completely frictionless to discuss code, development teams will better leverage the expertise of the more skilled members, and elevate the productivity and quality of the entire team and the end product.

NOW! Since Peter is the FOUNDER of CodeStream he wants to give all the BocaJS Members a chance to join their Alpha ONLY because you're a member of BocaJS. So even though we ALWAYS record the events you WILL want to join us to find out more.

About Peter Pezaris (https://www.linkedin.com/in/ppezaris/)
Peter has been creating products in the real-time messaging industry for the last 15 years, having previously founded and sold Commissioner.com (http://commissioner.com/) (CBS), Multiply (Naspers) and Glip (RingCentral). He is a technical CEO, having managed development teams for 25+ years.

As always drinks (alcoholic and non) will be provided with our amazing Sponsor Tallience (http://www.tallience.com/).